Unlike what happened in Scotland, where the individual merits of independence were weighted and discussed, the debate in Catalonia has focused on the ‘right to decide’. The recent standoff in Spain raises fundamental questions on how demands for separatism or greater autonomy should be dealt with by a nation state, writes Michael Keating. He argues that the time may have come for some better European and international principles on who has the right to self-determination and how.

Following Spain’s transition to democracy in the 1970s, Catalan nationalism was marked by moderation, caution and gradual progress. In a longer perspective, the Catalan movement has eschewed separatism in favour of a plurinational and decentralised vision of Spain, itself anchored in Europe. What, then, explains the polarisation of the last few years and the confrontation seen on 1 October between a nationalist movement set on an independence referendum and a Spanish state determined to stop it?

This is a tale of missed opportunities, a lack of dialogue and a disappearing centre ground. The Spanish constitution of 1978 represented a compromise between centralist forces from the Franco regime and nationalist and regionalist forces on the periphery. It declared both the indissoluble unity of Spain and the right to autonomy of the ‘regions and nationalities’ that compose it, while carefully avoiding defining what a nationality is.

Catalans could live with this ambiguity but hankered after a recognition of their own distinct status as a ‘nation’ (like Scotland in the UK), especially after some of the ordinary regions declared that they too were ‘nationalities’. Another complaint was about provisions in the autonomy law that allowed Spain to set restrictive frameworks in devolved matters. So a part of the education curriculum is set by Madrid and the rest in Barcelona, a very sensitive matter. The UK devolution settlement has very few such provisions.

A third issue concerned finance. Catalonia contributes heavily to the Spanish exchequer. It has expanded its own taxation powers but this comes short of the provision that allows the Basque Country to collect its own taxes and then pass on a share to Madrid for common services. This is an issue that has become acute in all European decentralised states.

In 2006, a new statute of autonomy was drawn up by a coalition of nationalists and socialists in Catalonia and passed by both Catalan and Spanish parliaments and in a referendum in Catalonia. Opponents, including the Spanish Popular Party, appealed to the Constitutional Court which, after a long process, struck down some key provisions and subjected others to a restrictive interpretation. The Popular Party started to use anti-Catalan rhetoric to gather support elsewhere in Spain. They even supported a provision in a new autonomy law for Andalucia that was identical to a Catalan provision they claimed was unconstitutional. The financial crisis precipitated further arguments about finance and the scene was set for confrontation.

Polarisation was accentuated by the presence of weak leadership in both Madrid and Barcelona. The Popular Party, regaining power in Spain, reverted to intransigent Spanish nationalism. The historically dominant party in Catalonia, Convergència (now called PDeCAT) moved to independence, lining up with the Republican Left and a far left party, CUP. This movement covered a wide political spectrum but united on the demand for an independence referendum. Both the Popular Party and Convergència were, meanwhile, mired in corruption scandals.

Many academic lawyers in Catalonia (and some elsewhere) have argued that Spain could have found a way to have a consultative referendum by choosing the right form of words. Others favoured changing the constitution if necessary. The Popular Party, supported by many others in Madrid, would have none of it, sticking to the narrow letter of the law. This issue was dealt with briskly in the case of Scotland. Without either side conceding the principle, they agreed a formula allowing Westminster to grant the Scottish Parliament the power to hold a consultative referendum. This is not just a matter of the flexibility of the British constitution since UK law, like Spanish law, clearly reserves issues of national unity to the centre. Nor is it, as my Spanish colleagues often assume, a product of historic British pragmatism. In nineteenth-century Ireland and a hundred years later in Scotland, UK governments dogmatically opposed home rule, never mind separatism. It does seem that British unionism has matured, for reasons that are not at all clear.

In the Catalan case, both sides have pursued confrontation. The Catalan government staged an unofficial referendum in 2014 but, with unionists boycotting it, this fell flat. They then called ‘plebiscitary elections’ to gain a mandate for independence. Pro-independence parties gained a majority of seats, but not of votes. The next step was another referendum, to be followed by a unilateral declaration of independence. This was accompanied by some wishful thinking about the prospects for European and international recognition or the task of governing and collecting taxes. The referendum law was pushed through the Catalan parliament without proper debate or scrutiny, using provisions designed for other purposes.

Spanish authorities could have ignored the vote and told their electors to stay away. Instead, they opted for physical obstruction. Public servants were prosecuted and barred for their role in the 2014 referendum. Others were arrested for organising the new referendum. Firms producing ballot boxes and papers were raided. Posters and websites promoting the referendum were taken down. On the day, Spanish police were sent in to manhandle voters and violently remove them from polling stations. The issue has now shifted from prohibiting an illegal secession movement to the violent suppression of what was, in effect, a gesture of peaceful civil disobedience.

Surveys have shown that, given the option of more home rule, recognition of their national identity and a financial compromise, most Catalans would not vote for independence. Being told that they do not have the right to do so is another matter.

Catalan and Spanish leaders appear unable to resolve this issue among themselves. The European Union lacks the means and the will to intervene. The last President of the Commission did not help matters by declaring that Scotland, even after an agreed, legal, constitutional and democratic secession, could find it impossible to get into the European Union. EU member states are still divided on the recognition of Kosovo. The time may have come for some better European international principles about who has the right to self-determination and how.

Note: This article was originally published at LSE EUROPP – European Politics and Policy. 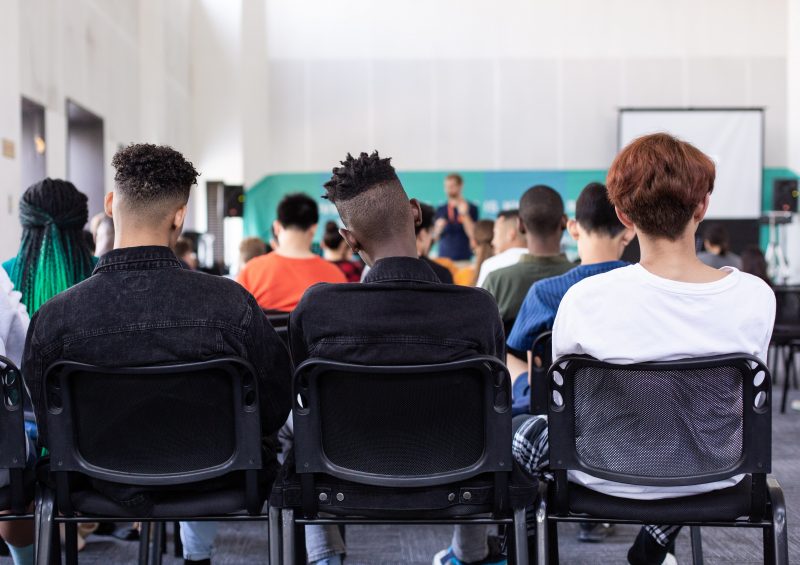 Sink or swim time? Social mobility and the 2021 Budget 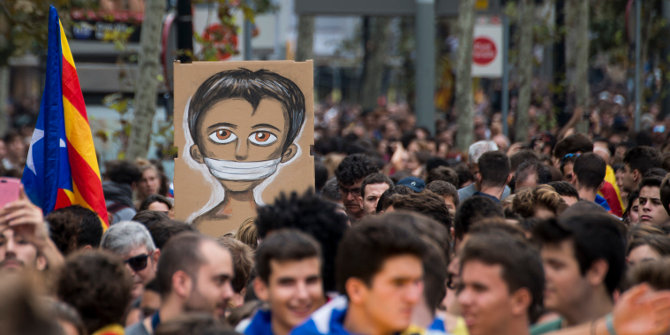