After the hung parliament election result on Thursday night, coalition building talks continued over the weekend. Faisal Islam at SnowBlog was already looking at what a Con/Lib coalition might look like, Tim Collard at The Telegraph was in a ‘foul mood’ after the election result and Guido wondered how long Gordon could hang on to Number 10. Tim Montegomerie at ConservativeHome reminded David Cameron that he should be building consensus within his own party as well as with the Lib Dems, while Sunny H at Liberal Conspiracy looked at Labour/Lib Dem coalition possibilities, as did Alex Barker at the FT, and Nick Robinson had more general reflections on Clegg’s position.

David Blackburn at Coffee House reflected on the importance of electoral reform in any Conservative/Lib deal-making, while Sunder Katwala at Liberal Conspiracy said that most people backed Lib/Lab progressive coalition agreement.

Iain Dale looked at how Liberal Democrats might fit into a Tory cabinet, and Mike Smithson at Politcalbetting.com asked if Gordon Brown should have resigned already? Later, Iain Dale was concerned that many of Labour’s Ministers were now un-elected.

Sunder Katwala at Next Left reveals Lord Ashcroft’s annoyance at the Conservatives performance on Thursday, and Nick Robinson looks at Labour’s immediate future Robert Sharp at Liberal Conspiracy looked at how to convince the electorate that PR is worth it.

George Eaton at The Staggers reckoned Cameron might be on the verge of offering Clegg the alternative vote system. Gay Gibbon at Snowblog expected the outline of a Con/Lib deal today. Rod Crosby at PolitcalBetting.com had a run-down of different types of voting systems.

George Eaton at The Staggers has the numbers on a possible ‘progressive alliance’, and Simon Clark at Taking Liberties wanted Gordon out of Number 10 ASAP. Iain Martin at the Wall Street Journal looked at John Reid’s anti-Lib/Lab coalition comments, while Philipe Sands at Guardian Politics said a Tory/Lib deal would be electoral suicide for the Lib Dems.

James Forsyth at Coffee House said that news of Brown’s resignation slated for later this year, was very good news indeed for the Tories; Iain Dale sought stable government not a ‘Coalition of the Losers’.

Nabidana thought that recent events were a bad advertisement for hung parliaments. Sunder Katwala at Next Left made the point that David Cameron was just as much an unelected PM as Gordon Brown was, while Alistair Campbell pondered the possibilities, and Jon Snow wass excited. Later, Next Left looked at Paddy Ashdown’s contribution to coalition negotiation commentary

Martin Salter at The Telegraph said that Labour is better off in opposition, and should realise that the ‘rainbow’ coalition won’t work, while Jeff at SNP Tactical Voting looks at the possible role and influence of the SNP in any ‘rainbow alliance’. Varun Chandra at Left Foot Forward was upbeat on how the UK’s debt is viewed by investors.

Hopi Sen thought John Reid was wrong about the Lib/Lab coalition being a bad idea. Nicholas Watt at Guardian Politics talked on ‘operation Save Dave’. Paul Waugh at The Evening Standard looked at Andy Burnham’s opposition to a Lib/Lab deal.

As the evening progressed it became obvious that a Lib/Lab deal was not on the cards, and that Brown would resign very soon. Wrinkled Weasel was very happy in anticipation of Brown’s exit. Harry Mount at The Telegraph said that Brown’s exit was dignified, and Hopi Sen wished Cameron well in his new government.

ConservativeHome confirmed much of the new government’s Cabinet reasonably early on. Sunny H at Liberal Conspiracy was already concerned at the new Lib/Con coalition. Mark Pack says Labour were ‘not serious’ about keeping the Tories out of office; not taking the Lib Dem coalition proposals seriously.

Sunder Katwala at Next Left had congratulations for the new PM, David Cameron. John B at Liberal Conspiracy felt that Labour would soon benefit from an in-flow of Lib Dem supporters who feel aggrieved at the Lib Dem’s concessions to the Tories, but Sholto Byrnes at The Staggers wass delighted at the coalition agreement. Dizzy Thinks was happy that we have left the 20th century behind.

Barely hours into a new government, and Guido is looking at in-fighting at CCHQ. Hopi Sen said that despite the coalition, this will be a distinctly Conservative government, while Jason Stamper looked at The Staggers on the Cameron/Disraeli comparisons which are currently in vogue, and Simon Clark at Taking Liberties looked at how Liberal the new Cabinet is.

Iain Dale likes what he calls the ‘Nick and Dave show’ – their first joint press conference; while Guido is a little bit more cynical, as is Nick Robinson. Varun Chandra at Left Foot Forward says that the ‘Vince and George show’ may get ugly before long. Sunny H at Liberal Conspiracy has a copy of what may be the Con/Lib coalition agreement. George Eaton at The Staggers was concerned that the new government’s commitment to 5-year parliaments, might not prevent a second election.

Tim Horton guest blogging at Left Foot Forward, said that the £10k tax allowance plan is becoming a Tory ‘dream’, given that it will be funded by spending cuts and will mostly benefit those on middle incomes.

Mike Smithson at polticalbetting.com wants to know what happens when the coalition’s honeymoon period ends. Gary Gibbon at Snowblog suggests that some Tories are already quite sceptical of the agreement.  Jon Snow rather enjoyed yesterday’s press conference.

Dizzy is concerned at the new government’s proposals on a 55 per cent majority in the Commons being needed for dissolution votes, as is Hopi Sen.

Samira Shackle at The Staggers is dismayed at the lack of women in parliament – only 1/5 of parliament. At Left Foot Forward Ed Jacobs makes the point that Carwyn Jones, the Welsh First Minister, is now the most powerful Labour politician in the country, while Alex Barker at the FT says it’s ‘year zero’ on Whitehall web pages.

Mike Smithson at politicalbetting.com points out that the betting firms got their election predictions quite wrong. Politics Cymru is a bit frustrated that the new Welsh Secretary, Cheryl Gillan, is not actually Welsh, and Iain Dale is already sick of ‘class attacks’ from the left on the new Cabinet.

Guido comments on the lack of diversity in the new government, and Alastair Campbell looks at Lib Dem desertions to Labour since the coalition agreement.

George Eaton at The Staggers talks on Milliband vs Milliband for the Labour leadership contest, and Shamik Das at Left Foot Forward predicts the death of the BNP after their poor election showing. 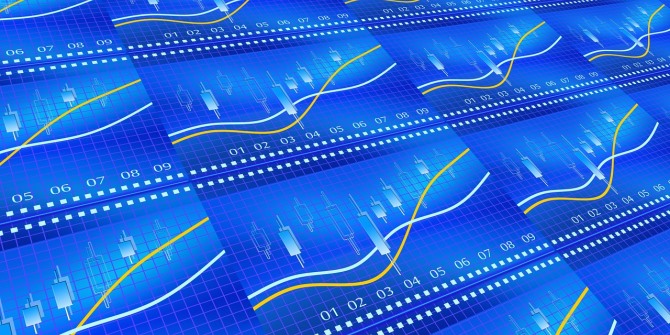