Alongside the UK, Denmark is often considered to be one of the EU’s most Eurosceptic member states. Anders Wivel notes that while Danish public opinion is sceptical of European integration, the overall situation is markedly different from the UK. He writes that Denmark’s position remains nuanced, with all of the major parties expressing reservations about the EU, but even the Eurosceptic Danish People’s Party stopping short of advocating withdrawal.

Denmark, like the UK, is intergovernmentalist and Eurosceptic. Both countries have a preference for free trade and close relations with the United States, both countries have seen the rise of anti-immigration sentiments in their populations, and in both countries this development has been important for the rise of nationalist anti-establishment parties. However, while Britain is currently debating whether to leave the EU, Denmark would not dream of taking such a step. The two countries are in essence like two angry customers in a restaurant. None of them really likes what is on the menu, both of them enjoy giving lectures on how they can cook up something much better at home, but whereas Britain refuses to pay and threatens to leave for good, Denmark is Europe’s disgruntled but strangely loyal customer: never satisfied, but always coming back for more.

Denmark has often been portrayed as an outlier in regard to European integration, and on the face of it, the Danish position on Europe seems both impenetrable and somewhat illogical. Denmark is a ‘reluctant European’ opting out of common policies on justice and home affairs, monetary union and defence, but at the same time Denmark is one of the member states most effectively implementing EU regulation. Denmark has an electorate which was only convinced by the political elite to join in 1973 because of the prospects of economic gains (or rather loss of agricultural exports if Denmark had remained outside and Britain joined), and which remains sceptical of European institutions undermining Danish democracy and the welfare state.

However, at the same time Danes are among the Europeans who most vigorously support continued EU membership. Adding to this complexity is a multiparty political system with left-wing parties gradually becoming more supportive of the European integration project, and right-wing parties becoming more sceptical. In addition, Eurosceptic popular movements have been running for the European Parliament since the introduction of direct elections to the parliament in 1979. These, typically left-leaning, movements traditionally played a prominent role in the EU debate, and for many years secured between 20 and 25 per cent of the votes in elections to the European Parliament. However, in recent elections their share of the vote has been falling – to just over 8 percent in 2014, giving them one seat, their most modest result to date.

The waning importance of the EU movements does not spell the end of Danish Euroscepticism. Instead, it is a signal of its ‘normalisation’ and gradual integration into all parts of the political system. The rise of the pro-welfare state, anti-immigration, Eurosceptic Danish People’s Party has legitimised a much more critical approach toward European integration in the traditional pro-EU parties, the Social Democrats, Liberals and Conservatives. The 2014 European Parliament elections made the Danish People’s Party the largest party in Denmark for the first time with 26.6 per cent of the vote, clearly outperforming the Social Democrats (19.1 per cent) and the Liberals (16.7 per cent).

The Danish People’s Party would like Denmark to continue to pursue its interests within the EU, but with a stronger emphasis on protecting the population against what they perceive as the adverse implications of globalisation and integration. The other political parties speak more softly and tend to highlight the benefits as well as the costs of membership, but they agree on emphasising the national interest rather than the European idea. Denmark has become a country where even the sceptics are in favour of membership and even the most vigorous EU-supporter finds that the EU is far from ideal.

There are several reasons for the dualist Danish position towards European integration. First, as a small state, Denmark has no illusions of ‘going alone’. In contrast, the shadows of the defeat to Prussia in 1864 and the German occupation of Denmark from 1940-1945 continue to loom large in any debate over Denmark’s role in Europe and the world. Thus, while a lot is wrong with the EU, there is a perception that this is probably as good as it gets.

Second, this view plays nicely into a Danish foreign policy tradition, which has, at least since the end of the First World War, been characterised by ‘pragmatic activism’: seeking to maximise national interests by moderating the agendas of the great powers and viewing international institutions as the most effective way to do so. Today, few would see policies in the European Union as traditional ‘foreign policy’, but the perception of a Danish ‘inside’ defining a core of values and interests, and a European ‘outside’ occasionally providing opportunities but at the same time threatening to undermine domestic society, has stuck.

Third, one important reason why this perception continues to provide the point of departure for Danish EU policy is that it fits so nicely with EU policy-making. The decentralised nature of EU decision-making, with multiple actors and overlapping institutions and authorities, provides fertile ground for a small state actively and pragmatically pursuing its interests.

Finally, Denmark has a lot to lose and a lot to gain from EU membership. As a small trade-dependent state, Denmark needs the market opportunities as well as the stability provided by a strong EU. However, at the same time, Denmark has been at the receiving end of European great power politics for long enough to be wary of dominance and sceptical of tying its own fate to actors it cannot control. The economic crisis that began in 2008 has only galvanised this scepticism and furthermore highlighted policy areas where Danish welfare state policies are difficult to maintain in an integrated Europe: the lending practices of building societies intended to allow ‘ordinary people’ to gain access to the housing market, and the Danish labour market policies ensuring high wages and high benefits are difficult to maintain, when people and money move fast and easily across borders.

What does this mean for the future of Danish EU-policy? In the short to medium term, increased scepticism is likely to go hand in hand with continued integration. The two political parties taking turns at holding the post of Prime Minister over recent decades, the Social Democrats and the Liberals, have signalled their willingness to abolish Danish opt-outs on justice and home affairs and defence. In the long term, an increasingly diverse EU may enhance Denmark’s chance of keeping its peculiar policies in some areas, whereas the increased acceptance of great power directorates and informal consultations may undermine Danish influence in other areas. Then again, maybe this is as good as it gets.

Anders Wivel is a Professor in the Department of Political Science at the University of Copenhagen. 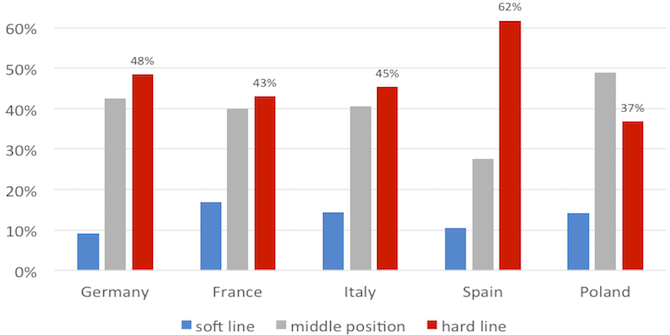 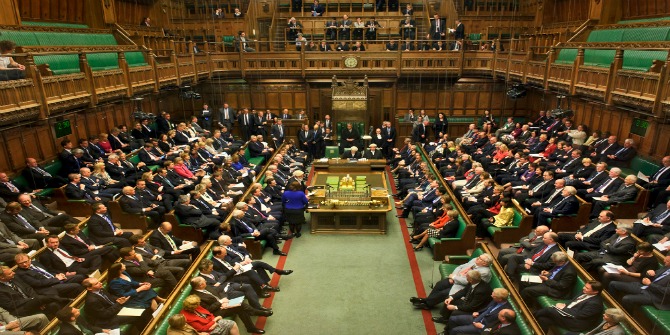