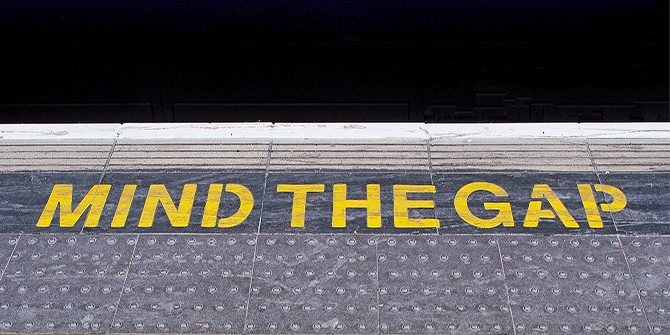 Why are privileged young women more likely to study STEM subjects? A focal issue in getting women into STEM is socialisation about what is ‘for’ girls and what is ‘for’ boys. This starts early, from the differences in toys advertised towards girls and boys to the ways in which adults engage with babies of different genders. Whilst advertising campaigns with a clear gender bias – like the recent GAP campaign in which girls were described a ‘social butterflies’ and boys as ‘little scholars’ – are often met with derision, they undoubtedly have an effect on children. Girls are expected to want to care for others, whilst boys are expected to want to build things. As children get older, boys are more likely to be praised for their natural intelligence, and STEM subjects are often seen as only for the brightest and most gifted students.

There are approaches that could help close the gap without targeting. The WISE campaign People Like Me helps dispel myths that there’s just one type of STEM professional (usually male and from a well-off background). Whilst the EDF Pretty Curious campaign was clumsy in language, it challenges the notion that femininity is incompatible with STEM. There are also increasing examples of diverse scientists in popular culture, for example Iron Man is an accomplished engineer and most recently represented as a black woman. A move towards these positive representations may be particularly persuading for children growing up with strong traditional gender norms, or with other stereotypes to contend with. But we also need more representation of ‘every-day’ female scientists to combat the myths that only extremely academically gifted people are suited to science and maths.