The behaviour of newspapers and programmes offers one obvious clue – news agencies seek audiences, after all, and experience (and sales) points towards the value of negative information. For instance, and as the figure below illustrates, newsstand magazine sales increase by roughly 30 per cent when the cover is negative rather than positive. It is no surprise, then, that a “good news day” resulted in a 66 per cent decrease in readership in an online Russian newspaper. Indeed, other research suggests that even when participants say that they would like more positive news, they still select online news stories that are predominantly negative. Even as emails and Facebook feeds highlight good, our news consumption habits still prioritise information that is negative.

Figure 1: The relationship between the tone of magazine covers and sales 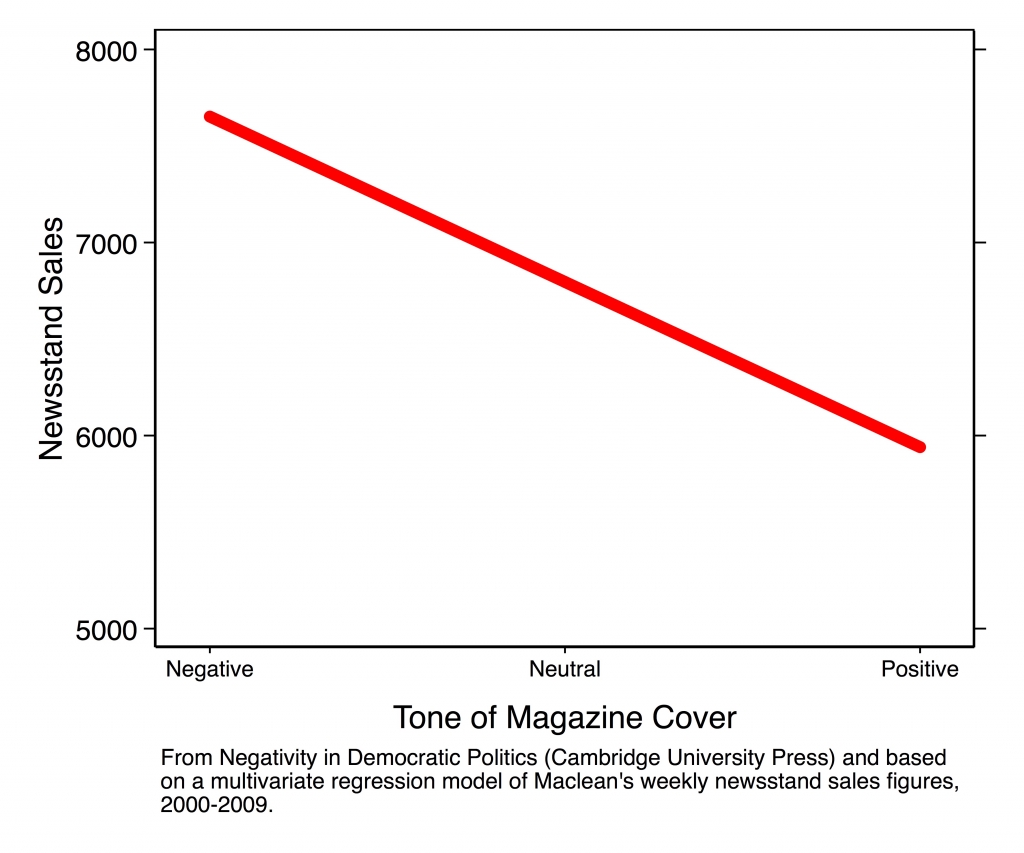 Note: This article gives the views of the author, and not the position of the British Politics and Policy blog, nor of the London School of Economics. Please read our comments policy before posting. Featured image credit: Jon S CC BY 2.0

Stuart Soroka is the Michael W. Traugott Collegiate Professor of Communication Studies and Political Science, and Faculty Associate in the Center for Political Studies at the Institute for Social Research, University of Michigan. His work focuses on political communication, the sources and/or structure of public preferences for policy, and the relationships between public policy, public opinion, and mass media. His most recent book is Negativity in Democratic Politics (2014, Cambridge University Press).