Why does personal bankruptcy law depart from the usual role of the law in enforcing individuals’ obligations and from the common sense social axiom that debts must be repaid? In the modern consumer credit society, debt relief laws are necessary to restore over-indebted consumers to economically productive positions in which they can resume the borrowing and spending necessary to drive economic growth. Joseph Spooner provides justifications for debt relief and calls for greater recognition of people’s right not to pay their debts.

Personal insolvency or bankruptcy law allows an insolvent individual, on satisfying certain conditions, to be discharged from her debts, thus allowing her to emerge debt free from the procedure. Under English law, a debtor who enters bankruptcy finds her debts relieved after a period of 12 months, on the condition that she surrender her non-essential assets (if any) and in some (approximately 20 per cent) cases surrender a portion of her income to creditors for up to three years. A primary question for a researcher in this field is why the law provides for such a departure from the usual role of the law in enforcing individuals’ obligations and from the common sense social axiom that debts must be repaid.

Indeed, bankruptcy law traditionally had itself followed orthodox legal and social norms in serving the sole objective of enforcing debts and maximising returns to creditors in the event of an individual trader’s financial failure. Historically bankruptcy’s role was seen as being to uphold market bargains to the greatest extent possible in the faith that market exchange would produce the most efficient allocation of resources in the economy, which might mean the maximum availability of credit at the lowest cost. Early bankruptcy laws were punitive and coercive in nature, seeing the non-paying debtor as a wrongdoer who bears full responsibility for default. The debtor thus should be forced to pay her dues and punished pour encourager des autres as a means of maintaining “commercial morality”.

Bankruptcy law’s ability to maximise returns to creditors lies in its collective nature, through which the law overcomes the “common pool” problem arising where multiple creditors compete wastefully to seize a small pool of debtor assets to satisfy their debts. The law follows the economic ideas of the “tragedy of the commons” and “prisoner’s dilemma” by providing a mechanism through which creditors can cooperate to produce the best outcome for the group by sharing in the debtor’s assets based on the level of debt owed to each creditor (the “creditors’ bargain” idea). This view sees bankruptcy’s job as being to prevent creditors competing to enforce against the debtor unilaterally, and then to divide the debtor’s property and income among creditors. Historically under this view if any debt forgiveness was offered (as it has been since 1705), it was only as a carrot designed to ensure debtor cooperation in producing returns to creditors.

The nature of personal insolvency law has transformed dramatically since the late 1970s-early 1980s, however. Most notably, approximately 85 per cent of bankruptcy debtors in England and Wales are now consumers, rather than traders or business debtors. This change reflects the development of a consumer credit society, in which household borrowing has come to play a crucial role in maintaining economic growth (in generating demand by fuelling consumer spending) and in funding household living standards, particularly in the context of low growth in real wages (and consequent increases in income inequality) during this period. These conditions question the historical assumptions regarding bankruptcy law and the incontestability of the truism that the law should require people to repay their debts, creating the justifications for releasing the debtor from her obligations under the “fresh start” policy.

Firstly, prior assumptions that market allocations produce optimal outcomes are called into question in consumer credit markets, where information imbalances between expert financial institutions and households regarding complex credit products mean that borrowers will often enter into sub-optimal contracts, which may push them into over-indebtedness. The findings of behavioural economics, such as the tendency of individuals to be overly optimistic in financial decision-making and to over-value present benefits over future costs, suggest systematic sub-optimal consumer decision-making in credit transactions. Most significantly, failures in consumer credit markets produce significant externalities or social costs beyond the debtor-creditor relationship itself, which have motivated policymakers to enact debt relief laws. Individuals struggling with debt difficulties may be unproductive in their employment, both due to health problems widely linked to over-indebtedness, and the demotivating fact that the benefits of their labour will be spent repaying creditors.

Under a line of reasoning which has particularly influenced English and EU policymakers, debt problems may also stifle entrepreneurship, as without debt relief laws business people may be afraid to incur risks necessary to engage in productive business activity, while failed entrepreneurs may be unable to recover and begin their next productive venture (the Walt Disney/Henry Ford argument). In the modern consumer credit society in which consumer spending is essential to economic growth, the entrepreneurship rationale for debt relief can be extended from business activity to consumer spending, so that debt relief laws are necessary to restore over-indebted consumers to economically productive positions in which they can resume the borrowing and spending necessary to drive economic growth. This idea that debt relief laws are necessary to address the “debt overhang” problem of mass over-indebtedness’ drag on economic growth has been recognised by the IMF in advocating for the development of national debt relief/restructuring laws. These thoughts, alongside the costs to the Welfare State of supporting financial troubled households, as well as humanitarian and social justice considerations, suggest that over-indebted individuals should be given a “fresh start”, allowing them to be restored to economically productive and socially included members of society.

Given that the primary causes of over-indebtedness include ‘life accidents’ such as job loss, income reduction, ill health and divorce, the funding of living costs through credit in an increasingly financialised society is inherently risky. Bankruptcy law operates as a form of socio-economic insurance, efficiently allocating the risks of the consumer credit society. This should involve the law placing responsibility for unpaid debt onto the party best able to prevent default from occurring and to bear the costs of non-payment once it has occurred. While historically debtors were seen as having superior knowledge to creditors regarding their likelihood of repayment, in the consumer credit market the expertise of institutional lenders, informed by modern credit scoring techniques, means that creditors can better predict default than households, and so are better placed to decide whether a particular loan is prudent. The costs of default may be devastating for a single over-indebted household, but institutional lenders are able to spread, hedge and diversify investments to minimise such costs. Therefore the law should shift the costs of over-indebtedness from debtors (and from society, which bears social costs) onto creditors, causing creditors to bear the true costs of their business activities and to internalise the externalities of consumer credit markets.

The write-down of debt in bankruptcy should also encourage creditors to take more care in lending, aiding the prevention of over-indebtedness through responsible lending. The availability of debt relief nonetheless creates a moral hazard problem, as debtors may be encouraged to engage in overly risky borrowing activities. Therefore the law must make bankruptcy relief available only to those in true need (i.e. truly insolvent debtors in whose cases social costs would arise in the absence of debt relief) and costs should be attached to bankruptcy (debtors should be required to make reasonable contributions from income and to surrender non-essential assets for the benefit of creditors).

Bearing in mind these justifications for debt relief, the falling rate of bankruptcies in England and Wales may not be a good thing. Various estimates suggest 15-20 per cent of the UK population can be considered over-indebted, and over-indebted individuals in society falling outside the less than 1 per cent of the population entering bankruptcy annually do not disappear. Many enter other alternative insolvency procedures based on creditor-debtor bargaining (Individual Voluntary Arrangements, “IVAs”), or purely voluntary Debt Management Plans, but the problems in debtor-creditor contracting described above mean that such arrangements may not be optimal. Potentially long repayment periods and onerous repayment terms under such plans mean that lost productivity and debt overhang problems may not be cured by debtor participation in these mechanisms. Therefore an increase in bankruptcy rates, and the greater recognition of people’s right not to pay their debts, might benefit us all.

Note: This article gives the views of the authors, and not the position of the British Politics and Policy blog, nor of the London School of Economics. Please read our comments policy before posting. Featured image credit: Lending memo

Joseph Spooner joined the LSE as an Assistant Professor of Insolvency Law in 2013. Prior to his arrival he was based at University College London, where he conducted his doctoral research on personal insolvency law and worked as a Teaching Fellow in Conflict of Laws. 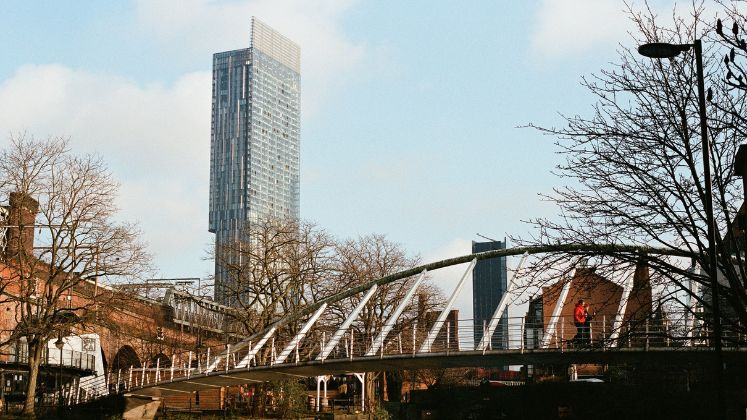