Sneha Sundaram, alumnus of the Department of Social Psychology, explores the influence of music on group behaviour within the corporate context. She reflects on her experiences as head of the Corporate wing at Octavium where she co-designed learning simulations using music as a medium to provide a unique lens in understanding objectives that are linked to business effectiveness including leadership, team work and collaboration, innovation and creativity, communication and empathy.

This blog piece first appeared on Pulse on 21st March 2016.

Music undoubtedly has the innate ability to bring people together. Take, for instance, the unifying influence of Bob Marley’s revolutionary music during the Civil War in Jamaica in the 1970’s -80’s (Burke, 2014), or the recent 69th UN General Assembly where music was used as a catalyst to celebrate diversity and raise collective consciousness on climate change (http://www.un.org/, 2015).

In fact, Charles Darwin himself proposed a link between music and kinship in his book ‘The Descent of Man’, first published in 1871. This suggests that the ability to respond to music is ubiquitous among humans (Darwin, 1874).

Though the above examples seem rooted in a certain socio-political context with music emerging organically as a form creative expression, one is compelled to acknowledge that interesting insights can be drawn about human behavior, specifically within groups.

Now, what if we were to explore the influence of music on group behavior within a more unconventional context, for instance, a structured, process driven Corporate. Are there any interesting insights to be drawn?

Bharath Bevinahally (COO, Octavium) and I, who are professional musicians with strong Corporate backgrounds, have spent the last 6 months designing learning simulations and team engagement programs using music as a medium, specifically for corporate teams. These programs range from percussion to voice based activities that can be customized to suit specific objectives including leadership, teamwork, collaboration, innovation and creativity that are linked to business effectiveness.

We were invited by one of India’s leading Alco-Bev companies, that was going through a cultural shift, to design a program that would align employees across different departments to their renewed objectives. Instead of using conventional Powerpoint Presentations to convey this, they were interested in our flagship offering called ‘Jingle and Mingle’ where participants get to express themselves by writing lyrics, composing and lending their voice for a team jingle in just 3 hours. Seems improbable? Well, the participants vehemently thought so.

We had participants across different departments, designations, age groups and cultural backgrounds. It was interesting to observe that despite their strong belief in being ‘non-musical’, every single participant was willing to participate and express their thoughts either through the medium of lyrics, rhythm or melodic composition with the support of our facilitators. Leaders emerged organically and they were quick to help each other whenever they were ‘out of sync’. Language ceased to become a barrier and music seemed to guide the communication. In just over 3 hours, the participants were ready with their team jingle, a task that seemed impossible at the start. Some participants also stepped into our studio to lend their voice. The Jingle is now being used as part of their internal branding initiatives to align employees across all levels.

Another interesting experience was with a start up specialising in market research. The company had grown in headcount quite drastically within six months since its inception. Excluding the Founders, the average age of the employees was 24 years. Given that it was a new team with millennials, the Founders wanted to see if our methodology could help them understand the pulse of the team and possibly ‘break the ice’.

In our initial meeting, we spent time with the Founders to understand the background of their team members, their roles and responsibilities and the work environment in general. For many, this was their first job in a big city and they were living away from home. Since majority of their work involved analyzing data, communication was limited to their team leads. Using this information, we designed a program that used a combination of voice and Boomwhackers (tuned, lightweight percussive tubes) to create co-ordinated rhythm driven melodies.

This program is called Boomwhacker Energizer.

We split the team into random groups and each group represented a musical chord. Since every single participant was given a Boomwhacker with a unique key (pitch), they had to actively participate and play their role in completing the chord for a given melody by hitting the Boomwhacker in time. From a quiet, reticent group they transformed into an organized, supportive and gregarious team very quickly. On their own, they increased or decreased the overall tempo to ensure everyone was able to come in on time. Team Leads, who were finding it difficult to keep up, were open to taking support from their juniors. People were laughing when they made a mistake and in the same vein cheering for each other when the melody sounded complete. Two hours into the session there seemed to be no sign of boredom so we decided to get them to write a succinct song that spoke about what their company meant to them using the melody that was already created.

The Founders, who chose not be a part of our workshop to minimise any form of inhibitions, were visibly moved when the song was performed for them at the end of the workshop. They were especially surprised to hear the voices of people who otherwise seemed withdrawn at work.

The final example that I’d like to share is with one of the biggest Global Food and Beverage Companies who have been in the process of recalibrating their growth strategy. They were hosting a Summit with 280 Senior Leaders across South Asia and they expressed interest in using our methodology to co-create an Anthem that evoked a strong sense of pride about their history, their renewed business objectives and future aspirations. We spent a considerable amount of time with their team to understand their objectives, the company’s culture and their brand identity over the years. The team worked closely with us through the development of the song and their inputs from a lyrical and melodic standpoint helped us get closer to the emotions that had to be captured.

Most of their brands are associated with advertisements that have a memorable melodic hook, which could be easily recognized by any consumer. We planned the arrangement keeping these hooks in mind to reinforce that strong sense of belongingness. We also translated the chorus in multiple regional languages to engage employees across locations.

When we unveiled the song during the Leadership Summit, 280 of the most influential people in the region sang together, created co-ordinated melodic rhythms using Boomwhackers, tables and their hands and legs. There was a huge roar when they heard the interlude with their brand hooks and we could hear some people humming the chorus well after our session. Post our session, many participants including the Managing Director of the region mentioned that our session helped them open up, relive significant moments that instilled pride and truly experience a sense of belonging in a way they had never imagined.

The Anthem will now be used across region wide initiatives to instil a sense of pride about the Organization and build awareness around renewed objectives over the course of the year.

It’s interesting to note how our approach to using music as a medium has truly reflected the essence and fabric of the Organizations that we have worked with. By designing engaging team experiences and integrating them with key business objectives through a medium that is inclusive and non-threatening, we’ve been able to create a tangible impact for our clients. 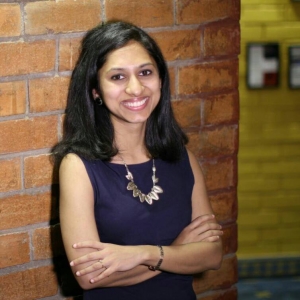 Sneha Sundaram Heads the Corporate wing of Octavium, a unique music start-up in Bangalore, India. She has co-designed and facilitates music based learning simulations for some of the biggest Corporate names to provide a unique lens to team behaviours that are linked to business effectiveness. She graduated from The London School of Economics in Organisational Psychology in 2013 as a Tata scholar and has a strong background in HR. She is also a trained Western Classical vocalist and a performing musician. 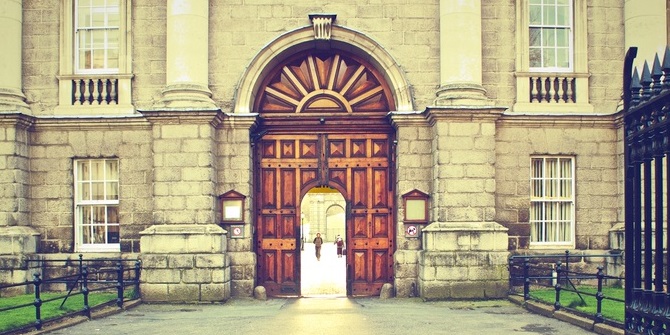 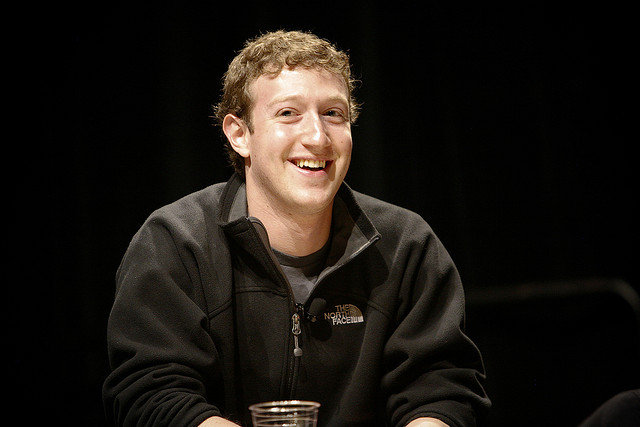