Akile Ahmet and Caroline Howarth reflect on the initial findings of the Race in the Academy project, exploring experiences of race at the LSE and why the school struggles to attract or retain black and ethnic minority academic staff.

This blog first appeared on the Equity, Diversity and Inclusion blog on 23rd June 2016.

What cannot be said, or cannot be heard, in organisations like the London School of Economics and Political Science? Are there experiences of inequality, discrimination and the denial of recognition that are felt but not spoken? Initial findings from a research project into experiences of race at the LSE indicate that this is the case. The project is led by ourselves, Akile Ahmet and Caroline Howarth, with advice from many in the School and also from experts on the racialisation of education (such as Ann Phoenix from University College London, Kimberle Crenshaw from UCLA and Columbia Law School, and Shose Kessi from the University of Cape Town).

Race in the Academy is an LSE-funded project exploring why LSE has been less successful in attracting and retaining black and minority ethnic academic staff and the experience of black minority ethnic postgraduate students currently at the LSE. After completing the photovoice part of the project with postgraduate students, we had an exhibition on April 26th 2016 at LSE. This blog post is about our initial findings from the project and a reflection on the day. 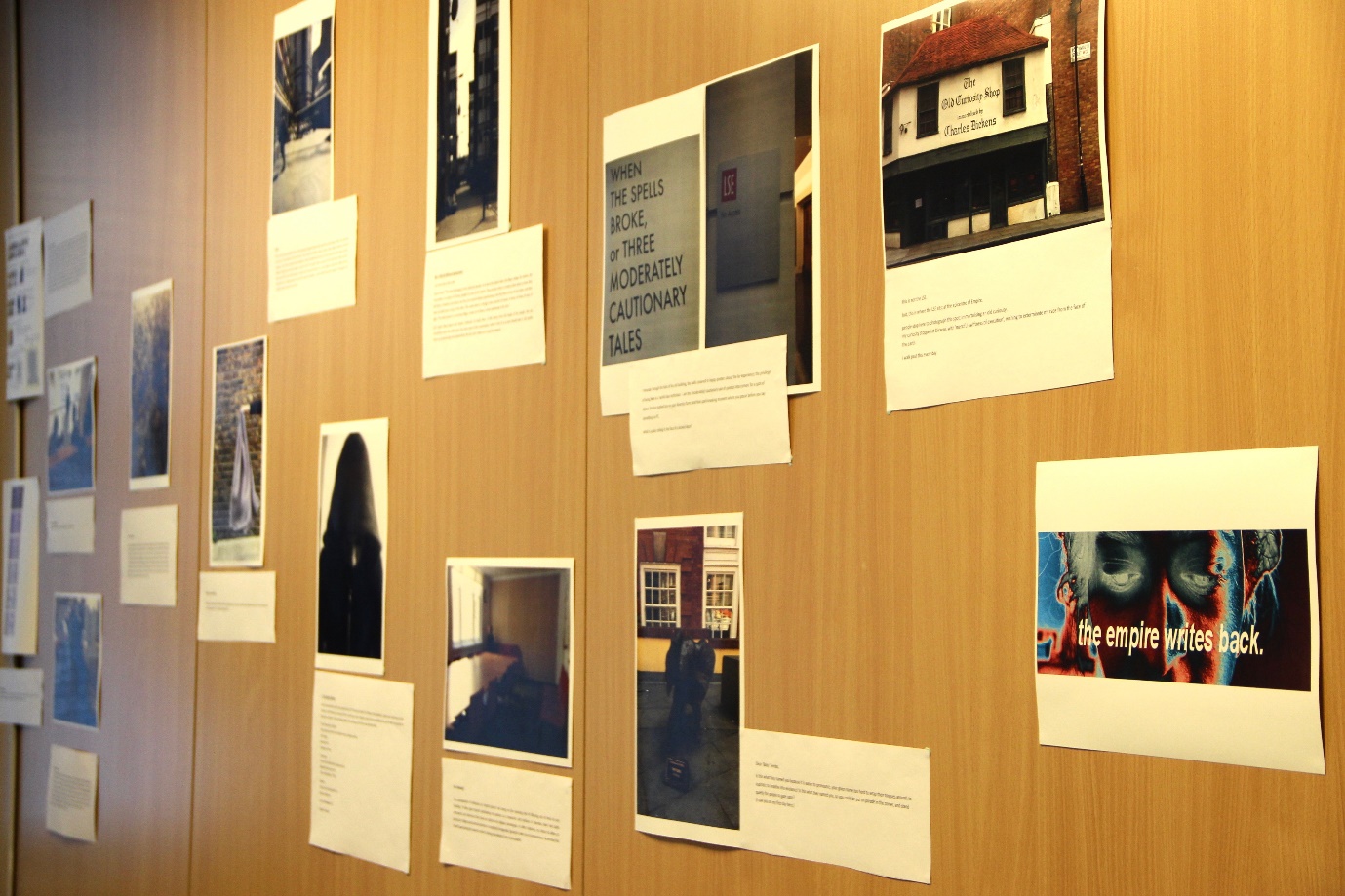 Photos from the Race in the Academy preliminary findings exhibition

All photos by Amena Amer @Dum_Di_Doo

The photos and quotes below give some insight into experiences of race at LSE from the perspective of postgraduate students. 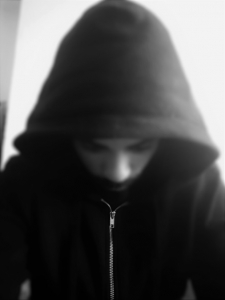 Does someone like me, fit into a place like LSE? If the only criteria for fitting in was aptitude, I guess you could say yes. But it doesn’t feel that way. One day I’ll fit in. One day, from a distance, you’ll see me walking and you’ll think to yourself ‘he looks like a scholar’. But not today, today, like most days, you’ll see me and be afraid.

“I am the darker brother.
They send me to eat in the kitchen when company comes,
But I laugh,
And eat well,
And grow strong.

Tomorrow,
I’ll be at the table when company comes.
Nobody’ll dare say to me,
“Eat in the kitchen,” Then.

Besides,
They’ll see how beautiful I am
And be ashamed—

The above poem and quote is taken from a Black British postgraduate student currently at LSE. The narrative highlights the issue that Black and minority students do not feel they ‘belong’ at LSE, that they are “just not meant to be here”. The students spoke of “imposture syndrome” where their sense of self-worth and legitimacy is eroded. They talked about how this “does marginalise, it is you that sees the issue in that way, so what you are doing is splitting yourself over and over, and constructing a different you to live and survive in this space and if you are there for a long time, that’s just tiring”. 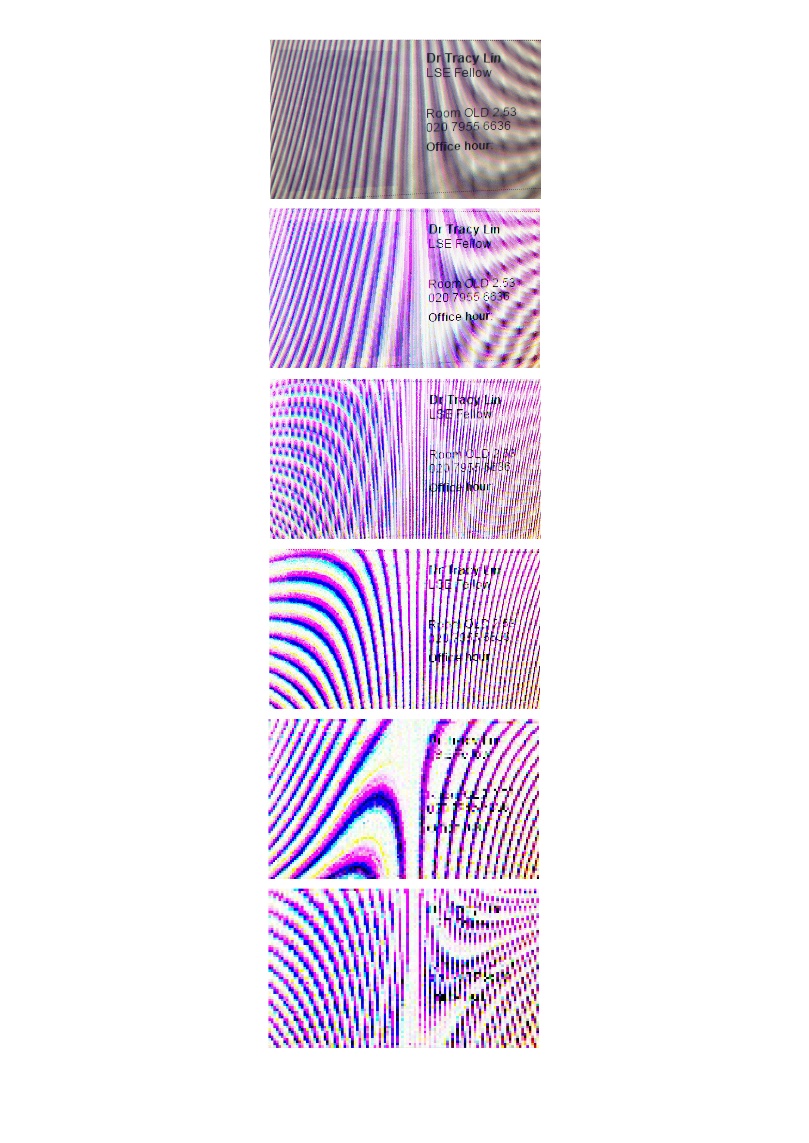 This is a photograph taken of a staff webpage which shows the profile of a staff member who does not have a photo on their profile. The participant who created this image is a Chinese postgraduate student and she writes the following: “In traditional East Asian cultures, the concept of ‘losing face’ is the source of all shame and fear-driven social activity (of which there is a lot). If you didn’t have a real face to start with, what is there left to lose?”

Many of the students in the focus group stated that the under-representation and invisibility of non-white staff leads to anxiety, for example, about how their own essays and research written from a minoritised perspective will be judged, e.g. “I get the feeling that my panel isn’t even going to understand my dissertation.”

The data suggests that racism and sexism are highly visible to those who are experiencing it but yet so invisible to others. With the resignation of a highly influential Black professor recently we need to move beyond simply investigating race in the academy but look to change the very fabric of higher education. As Sara Ahmed (2012: 39) has argued, ‘If institutional whiteness describes an institutional habitat, then whiteness recedes into the background, reproducing social relations’. 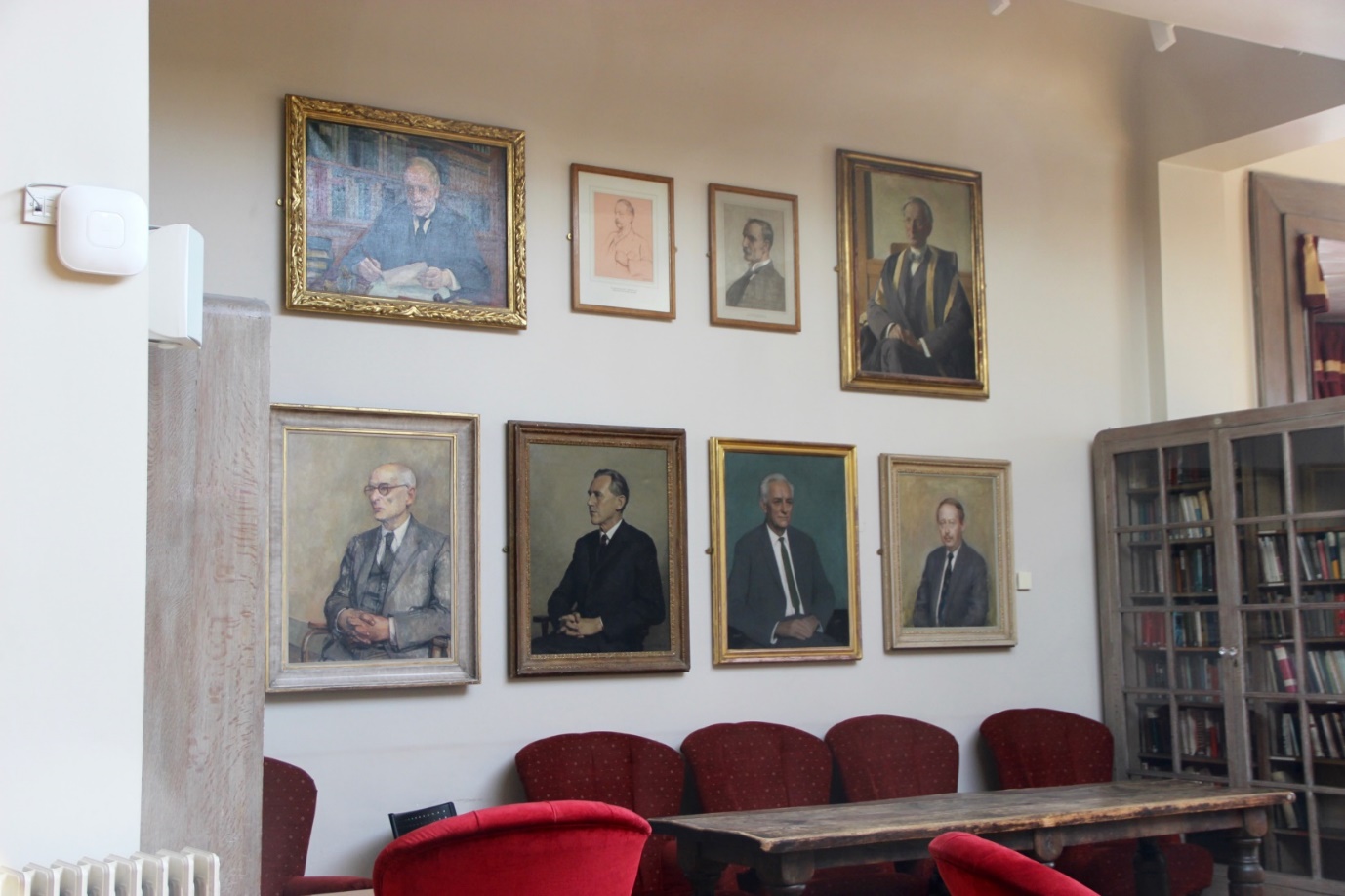 Who is worthy of these walls?

These images of the Shaw Library show the walls filled with paintings of directors and prominent people who are a part of LSE’s history and legacy. All bar one are white, reflecting the privilege of whiteness that continues in academic institutions and beyond to this today. While many would argue that this is simply a reflection of part of the history of the LSE (and British universities generally), one has to consider the impact of seeing all white (male) faces on a daily basis on both non-white staff and students.

The above photograph was taken by one of our participants, which highlights how whiteness pervades institutional life, whether it be former directors of LSE on the walls of the Shaw Library or the very low number of black staff in the university. Even when research is conducted outside Europe or North America, students commented on scholarship being overwhelmingly from a white European/American perspective and how they felt their own experiences were devalued – e.g., “I mean everybody is telling me about a space that I am allegedly from and these experiences that I’m meant to be having, it’s not entirely true or accurate or you are missing this chunk of information, I really need to be pick my battle, at which point and where does my energy go. I think it was that moment it sort of built up – so two terms of listening to this and you are kind of like – I’m dying, I have had enough.” There were some exceptions, with students explicitly naming lecturers who had valued their perspective, brought in non-white scholars and so made the whiteness of the academy visible and open to debate. However, there were very few such exceptions.

The exhibition was a great success – with attendance from the Director’s Management Team, the Equity, Diversity and Inclusion (EDI) Office and across the School – from both students and staff. Some of those who attended were somewhat shocked by the images and stated in their comments ‘Very effective. I will think differently about diversity at LSE. Do I privilege white Anglo-American voices in my teaching? (Yes definitely) Why does the LSE not feel more like a vibrant multicultural environment? More people need to see this and discuss it!”

We hope this blog will bring our research to a wider audience. We are still in the process of analysing data and planning the next steps.

All comments and suggestions are welcome – please send to a.ahmet@lse.ac.uk.

* Dr Akile Ahmet is a Research Officer with the ‘Race in the Academy’ project, based at LSE.

Understanding teamwork and leadership: the role of self-construal