Do you hate the taste of pickles in your sandwich? Do you find coriander disgusting or is chocolate too sweet? We have varying food preferences that are shaped by a unique combination of interacting factors: our evolutionary history, genes and cultural practices which come together to determine our perception of food. In the modern era of globalisation, these dietary preferences have also progressively shifted in accordance to environmental influences, which could be another factor contributing to these preferences. However, regardless of how much our food preferences change, natural selection will still select for genes that aid the survival of our species in the long run. 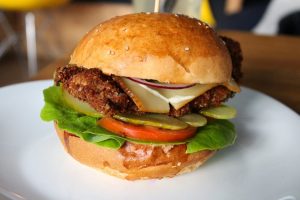 Are our food preferences pre-determined?
From a biological perspective, we have certain intrinsic biases to sweet food, and aversion to strong flavours that have associations with toxicity (Steiner, 1979). This genetic predisposition aids us in sieving out the kinds of food that can be eaten. The colour of a different food, depicted by our visual senses, has a significant impact in the decision-making process of whether we should consume it or not (Spence, 2015). Our natural inclination to consume certain foods also has an evolutionary explanation. For instance, children get easily attracted to sweets, since there is a high demand for foods rich in energy during their early stages of growth (Chuck, 2015). Pregnant women experience higher sensitivity in their taste perception of metallic tastes, possibly to protect their babies from potential toxins (Horsager-Boehrer, 2016). We have also developed specific tasting senses to highly nutritious and calorific-dense foods since the body recognises that these would be the greater sources of immediate energy.

Ever wondered why consuming a large amount of protein might keep you energised for long periods of time? Evidence illustrates that protein has been found to be the most satiating (Preidt, 2016), since ingesting it releases huge amounts of Leptin, the fullness hormone. In addition, the metabolic processing of nutrients transmits information to the brain about the level of satiation, leading us to make a choice about what to consume. We have evolved to be adept in exploiting available resources to protect ourselves from danger and possible nutrition deficiency (Yeomans, 2007) that would jeopardise our lives. This shows us that at an ultimate level, natural selection favours the adaption of food preferences that enhance our survival as a species.

Nature and Nurture
Wouldn’t we all have the same food preferences if it was solely determined by evolution? This is where genetics and culture come into play.

Our dietary preferences are also shaped by genetic differences and cultural exposure that influence the sensitivity of our palettes (Norton, 1994). One illustration would be our spice tolerance. Is it nature or nurture? As with most things, it is a mix of both. Our genes account for 18 to 58% of the variation in our preference for spicy foods with pungent flavours (Tornwall, 2012). Some people have a higher threshold for spicy food due to lesser TRPV1, the receptor which detects spiciness (Tang, 2017). This means that their palettes are less sensitive to spicy sensations. The cultural use of spices such as chilli pepper is also more apparent in countries with warmer climates due to its ability to kill bacteria and enhance the taste of accompanying food (Abdel-Salam, 2016). This may also help preserve the freshness of food in warm environments where food spoils quickly (Billing & Sherman, 1998).

In India, hot spices are widely incorporated in traditional dishes such as Laal Maas and Kozhi Curry (Ahuja, 2017), which accounts for a built-up tolerance in individuals (Stevenson & Prescott, 1998). Even though we are not biologically accustomed to the intake of chilli (Rozin, 1980) because it is a natural irritant (Prescott, 2013), repeated exposure through inherent cultural practices could be an important factor in the acquisition of preference towards this burning sensation. 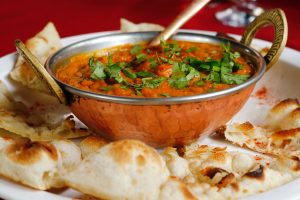 From this, we can infer that there is an interplay between genetic and cultural factors that explains why people from warmer climates might prefer spicy food. At a proximate level, spices could have a role in making bland food more appetizing. But an ultimate explanation most likely owes to the antimicrobial properties of spices that cleanse pathogens, contributing to the survival success of people who enjoy these flavours (Billing & Sherman, 1998).

Globalisation has spiced up our food preferences
As the world becomes more interconnected due to globalisation and cultural diffusion, food culture is no longer tied down to where it was originated. Spices are now commercialised into packaged products. Tabasco and Sriracha, the perfect condiments for our chicken wings, are marketed widely across the globe. The use of spices is no longer exclusive to certain countries and the original evolutionary reasons behind the selective preference for spices are no longer as relevant.

Perhaps food norms have adapted alongside us in the era of globalisation, where this phenomenon has created an expanding taste culture that transcends national boundaries (Wright, Nancarrow & Kuek, 2001). At least for increasingly multi‐cultural societies, food preferences are altered by the exposure to new food combinations and shaped by food availability in the market. Evidence shows that our palates can be trained in response to what we intake, making our food preferences malleable (Ventura & Worobey, 2013). People are also generally more willing to experiment with new flavours and are growing to have a better appreciation of different foods. This implies that besides acknowledging the role of genetic predispositions in explaining our food preferences, we cannot downplay the importance of environmental factors. 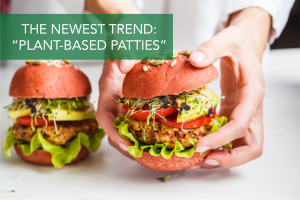 We understand that there is an integration of evolutionary, biological and cultural influences that determine our food preferences. In addition to globalisation, concurrent developments in technology and the rising popularity of healthy eating further complicates the determinants of our food preferences. From meat-free steaks to dairy-free milk, the constant innovation of food products leaves consumers with a myraid of choices that could be incorporated into their diets. Might these trends potentially override the influences of cultural norms, or even alter our biological disposition to suit the changing nature of food? Possibly, but we must keep in mind that despite the fluidity of food culture and its homogeneity today, our genes do not change overnight. It may take a million years before a major change accumulates and passes on. Ultimately, regardless of the changing food preferences, natural selection will still select for genes that best promote the survival of our species in the long run.

Clara Lee is a first year undergraduate student pursuing a degree in BSc Psychological and Behavioural Science at LSE, with a keen interest in how human behaviour governs our social norms and shapes the relationships around us.