Marriage and monogamy: what the films won’t tell you (but Professor Paul Dolan will)

Marriage and monogamy: what the films won’t tell you (but Professor Paul Dolan will)

We are surrounded by stories which tell us how to pursue the ‘right’ kind of romantic relationship. From our family and friends, to the films we watch and the songs we listen to, they all seem to have an opinion on love. It is easy to feel this pressure when it comes to our own romantic lives. Recently, I interviewed Professor Paul Dolan on the narratives that surround marriage and monogamy, and what these mean for living happier lives.

The following quotes are from women who spoke to Professor Paul Dolan about their experiences of monogamy, for the podcast series Duck-Rabbit: Taking Sides:

“From what I’ve seen, girls are a lot happier in relationships. I know I am.”

“I think I did try to be cool and non-monogamous when I was younger, but it just didn’t sit that well.”

“People are always like ‘oh, why are you single?”

In our interview, Paul discussed some of the narratives about relationships that are held in society and compared them with real-world data. By using academic research to complement our cultural understanding of relationships (as quoted above), Paul explained how we can reframe these common narratives and use them to our own advantage.

Norms and narratives: how our affinity for stories helps us to find meaning

There are a whole host of opinions on the relationships people ‘should’ lead in our society and we can begin to make sense of them by looking at the norms, narratives and stories we tell about them.

Social norms are akin to unwritten rules that inform how people should behave in given situations (Oxford reference).  Our world is confusing and norms help us to simplify and navigate it more effectively. Queueing to pay for groceries in the supermarket is a social norm we (mostly) follow.

Narratives are the stories we tell – they attach meaning to human experiences. Humans have a natural affinity for stories, with research finding that narratives are often more powerful than statistics in convincing people of a certain viewpoint (Newman, 2003).

The narratives we have on relationships, including marriage and monogamy are the norms of our society, Paul says.

How life-long partnerships became the convention is a separate question rooted in cultural evolution (and answered by Henrich and colleagues in this paper). But this blog is concerned with what being a monogamous society means for us, rather than how it came to be.

Cultural narratives of monogamy are frequently reinforced by the conversations we have with family, friends and, most recently, in the media we consume. We watch Disney films and romantic comedies: doctrines of ‘soulmates’ and ‘love at first sight’ from a young age and these pervasive narratives, as the research confirms, undoubtedly affect our perceptions of how we should conduct our relationships (Tanner et al 2003, Hefner and Wilson 2011). These stories, whether favouring monogamy or not, are pervasive and have a clear impact on people’s choices when it comes to relationships.

What does the data have to say?

People have powerful ideas of what relationships should look like. But what does the data have to say? And is it even relevant?

If you’re a man you should probably get married, if you’re a woman, don’t bother.

This comment was met with a host of controversy after Paul gave a talk at the Hay Festival in 2019. In some ways it is not surprising that this statement was met with a mixed reception. It goes against our cultural narrative that men and women should get married.

Paul wasn’t trying to tell anyone how they should lead their lives, but rather he was pointing out what the data had demonstrated. It showed that, of the women that took part in a study, those that had never married reported long-term illness at a lower rate than those in first and long-term marriages (Grundy and Tomassini 2010). This challenges the narrative that marriage necessarily results in leading a happy and healthier life. There is a discrepancy between our narratives and our realities.

Data like this is important, Paul suggests, because it can reveal elements of the lived experience of marriage which our romanticized stories don’t give us. It is particularly important for women, Paul goes on to say, because women face bigger risks to their health when getting married.

The data isn’t perfect and Paul is the first to acknowledge its limitations. For a start these data-sets are prone to selection bias. For example, one study looked at why some married people were reporting higher levels of happiness than unmarried ones (Stutzer and Frey 2006). They found that it is not that marriage made people happier, it’s that singles that reported being happier were also more likely to get married. Therefore, even though at first glance the data suggests that marriage makes people happier, the reality is that already happier people tend to get married. While the data is useful and relevant to the conversation on marriage and monogamy, it is still important to scrutinize it.

The pursuit of happiness: are single people just miserable?

In a world where being ‘happily married’ is the norm, a complementary viewpoint is that single people must be miserable. The data suggests however, that this is not the case. Single people, particularly single women, fare very well and report high levels of happiness (DePaulo and Morris 2005). Part of the explanation? They have a network of very strong interpersonal relationships.

‘Relationships are fundamental to our happiness’ Paul says, ‘but they don’t have to be intimate ones’. The key is to have relationships with people we can trust and that we can be close to.

And this is where the data is invaluable to the discussion. Happy single people don’t fit society’s narrative. Our cultural stories would suggest the path to happiness is getting married and committing to a monogamous relationship. But the data shows us that as long as we have some form of close relationship we can be just as happy.

So, shouldn’t we just throw these narratives out?

It’s easy to demonise narratives of marriage and monogamy, to see them as restrictive and outdated. And while these narratives can be harmful, Paul sees these norms from a different perspective. He suggests we can use these narratives to our advantage. If people are aware of these stories as being pervasive, they can use them as a guide to do what is best for them. People can choose to conform or not conform to the marriage story.

Putting research into practice: using narratives to help us be happier

Relationships, marriage and monogamy are far more complex and nuanced than this blog, or even a 45-minute podcast can capture. It is important to acknowledge this discussion has somewhat generalised the issue.

We don’t have to agree on the narratives but we can accept there’s more than one, Paul says. And if a person isn’t doing any harm to other people, we can adopt an anything goes approach.

And cultural perceptions do change. Paul suggests that as a society we have become more accepting of difference and many people acknowledge there is more than one way to pursue romantic relationships. But marriage is still highly desired, and judged well.

These narratives are useful in helping us choose what kind of life we need to lead. But it is equally important to remember that these cultural stories are just that. Stories. 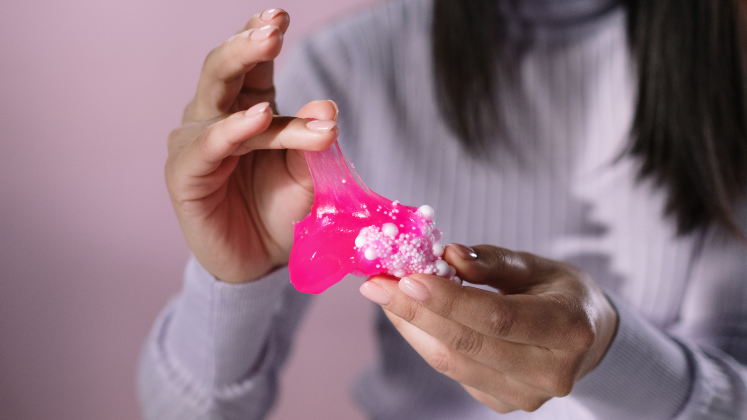