Multi-faith spaces display and influence the state of public religion at UK universities. In the past decade the vast majority of university managers have adopted multi-faith policies. In most cases these reflect a growing engagement with religious identity and practice. But in a few cases the creation of multi-faith spaces corresponded with clashes between students of different faiths, student protests and negative media coverage about campus relations. How could the same policy have such different results? Jonathan D Smith suggests that the difference can be found in how university managers approach religion on campus, illustrated by two different approaches to accommodating Islamic prayer.

Multi-faith spaces at universities are part of a broader trend in multi-faith policy in the UK. This policy has been described as a ‘policy without a theory – or worse, policy which thinks it has a theory’. Part of the muddle is in the purpose of a multi-faith space. Is it a shared space to accommodate private prayer and reflection, or a place to encourage interaction between students of different faiths and beliefs? Can a multi-faith space be used exclusively by one faith group, or must it always be shared?

University campuses themselves are multi-faith spaces as they become more diverse and religion becomes more visible. UK universities, especially those established before the 1960s, reflect the dominance of the established Church of England, displayed visibly in Christian chapels and Anglican-led chaplaincies. The 2010 Equality Act made religion a protected characteristic. This legislation requires universities as public institutions to not discriminate against religious groups, which includes accommodating reasonable religious practice on campus facilities.

Religious expression is increasingly more visible and more diverse, with many universities having ten or more faith societies representing the major world religions, new religious movements such as Krishna Consciousness and neo-paganism, and atheist/secularist/humanist societies (a good example list can be found here). Visible religion on campus is helped by increasing numbers and the financial importance of international studies, many coming from countries where religion is highly visible and public. As universities increasingly compete for students in a market-driven model, providing spaces for religious practice is a recruiting tool for some students.

To understand divergent trends in university multi-faith spaces, I propose a model assessing the multi-faith policy of UK universities based on learning from two insightful studies: the Multi-Faith Spaces research project at the University of Manchester and the Religious Literacy Leadership in Higher Education Programme. The model has two dimensions: pragmatism (following best practice) and  public religion (approach to public religion by university managers). These dimensions describe how universities managers can apply multi-faith policies in very different ways (see Figure 1).

One dimension is following good practice in managing multi-faith spaces. A thorough study of over 200 multi-faith spaces in the UK and Europe found that best practice requires careful timetabling, consistent management and regular consultation with users. Accommodating for diverse religious practices in a limited space is no easy task, requiring a series of pragmatic compromises.

Many religious groups, for example, pray and worship with shoes off (most Muslims and Sikhs) or with special shoes designed for worship spaces (Hindus), whilst others keep shoes on by tradition (some Christians) or by religious mandate (some Jews). Similarly, the use of religious icons such as statues are common to some groups (Hindus, Orthodox Christians) and strictly prohibited by others (Muslims, some Christians). Added to this complexity is the huge variety in religious practice of people within the same faith tradition. Universities struggle to accommodate not just a ‘typical’ religious person but the diverse practices of students and staff on each campus.

The second dimension is the approach to public religion by university managers. The Religious Literacy Leadership in Higher Education Programme (2009-2013) conducted interviews and held events with Vice Chancellors and other senior managers of UK universities. The project found major differences in approaches to religion, and Dinham and Jones categorised these into a spectrum of approaches. A narrow approach focuses on accommodating for limited private religion on a secular/neutral campus. Religion is viewed as irrelevant, a distraction or an obstacle to education, an example of what Tariq Modood calls ‘antipathy to publicly asserted religious identities’.

A broad approach engages with public expressions of religion on a post-secular/diverse campus, viewing religion as a resource for enriching student education and experience. Universities are not usually on one end of the spectrum or the other, (with the exception of explicitly secular institutions like University College London or church-run institutions like York St. John), but a range of approaches can be detected.

When we apply this model to accommodating Islamic prayer on campus, the difference in approaches is clear [see Figure 2]. The major users of campus prayer rooms by number of visits and time spent are Muslim students. Because the timetabling of Islamic prayers shifts a few minutes every day (prayers are set according to the exact pattern of the sun), they cannot be scheduled as easily as a weekly meeting of a faith society. Also, depending on class schedules, students may not pray exactly at scheduled times, meaning that at any point of a day a Muslim student might want to use a prayer room. The majority of Muslims pray in gender-segregated spaces, which makes it difficult to accommodate for other mixed-gender groups simultaneously. At the same time, concerns about isolation and radicalisation of Muslim students may make university managers want to exert greater oversight. The large number of Muslim students using prayer rooms also could give the impression that spaces are not accessible or welcoming to students from other religious backgrounds.

Taking a broad approach to engaging public religion, a common practice is to provide for many types of multi-faith spaces: a designated room (or rooms) for Islamic prayer, adjoining spaces that are bookable rooms for faith societies, and non-bookable rooms for multi-faith private prayer and reflection. In this way accommodating for private prayer is joined with activities between faith societies to support interaction outside of individual religious practice. Student societies often share management of prayer spaces with chaplains or students’ unions, which can create shared ownership.

This highly pragmatic, broad approach to religion is the trend largely followed by Russell Group universities. 21 out of 24 provide Islamic prayer rooms as part of multi-faith spaces. In the period of 2009-2014, seven have expanded facilities and services: building larger Islamic prayer rooms as well as more shared multi-faith spaces for private reflection and for interaction between faith groups (see for example, Warwick University and the London School of Economics).

Another trend springs from a narrower view of religion on campus, which enforces a multi-faith policy in each and every space, at least in principle. Considering limited space and resources, limiting religious accommodation to a single, multi-faith space could make sense. A legal perspective on religion raises concerns about spaces designated for one religious group or gender as possibly breaching equality law. This concern is often accompanied by concerns about radicalisation or isolation of Muslim students, with managers attempting to address concerns that rooms on campus would be ‘taken over’ by Muslim students. This is particularly the case in areas with large Muslim populations, where managers might assume that Muslim students can pray in local mosques. A narrow approach to religion often accompanies limited resources dedicated for religious students, making it difficult to support staff members needed to manage multi-faith spaces and to consult with users.

This low-pragmatic, narrow approach to religion was adopted by a number of major London universities from 2009-2014. Of 21 major London universities (defined as having more than 5,000 enrolled students in 2014/15), five have closed Islamic prayer rooms and/or designated Islamic prayer rooms as multi-faith spaces in the period of 2009-2014. All five are located in East and Southeast London, and one is also a member of the Russell Group.

In four out of five of the London HEIs that closed Islamic prayer rooms, the period of 2009-2014 was difficult for campus relations: negative media coverage, clashes between students of different faiths and beliefs forced to share prayer spaces, campaigns and public pray-ins on campus, and accusations of radicalisation by think-tanks and government ministers. These tensions are not by any means solely the result of multi-faith policies. Yet the policy of enforcing multi-faith spaces, often with limited consultation and management, arguably contributed to these problems. These policies are also subject to change: City University has recently reversed its policy and now provides for Islamic prayers and separate multi-faith rooms.

Multi-faith spaces are not neutral spaces: they are sites of social intervention with implications for social policy. Under the banner of creating multi-faith spaces, two very different visions have emerged: one envisions expanded engagement with public religion by expanding spaces which include single faith and multi-faith. The other views multi-faith policies as incompatible with single-faith spaces, and tries to enforce the sharing of prayer spaces. As university managers struggle with the pragmatic challenges of religious accommodation, larger questions about the role of the university in religious formation need to be asked. Universities that view religion as a private or irrelevant matter may find it increasingly difficult to manage visible and public religious expression on campus.

is a PhD Researcher in Theology and Religious Studies at the University of Leeds. He previously worked for the Lokahi Foundation on a project supporting multi-faith interaction on UK campuses. For more information about Jonathan’s research study on multi-faith spaces at UK universities, see the report entitled Multi-Faith Muddle: Trends in Managing Prayer Spaces at UK Universities 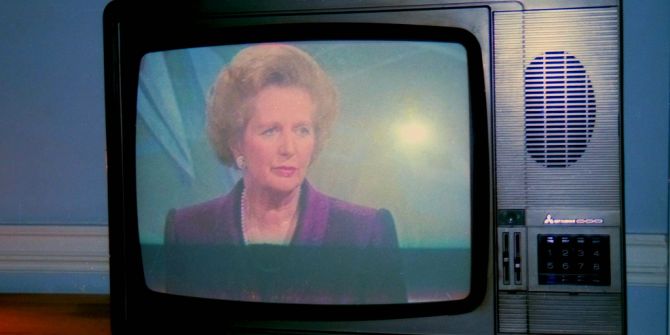 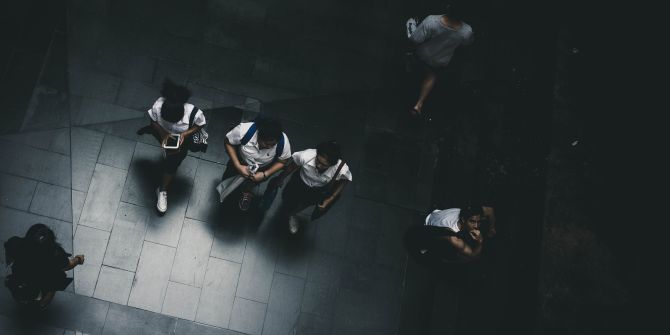 Private: Universities should consider faith diversity alongside issues of gender and ethnicity