The re-appearance of 19-year-old Londoner Shamima Begum, now in a Syrian refugee camp with a newborn baby, has prompted an impassioned debate as to whether, and how, she should be allowed to return to the UK. Fatima Ahdash offers a welcome legal perspective on the story. She considers the growing body of case law concerning child protection within a context of terrorism, extremism and radicalisation, and how the irrefutable proof of Begum’s travel to ISIS-held territory could impact upon the court’s judgement.

Last week The Times revealed, in an exclusive interview, that Shamima Begum – one of the Bethnal Green girls who escaped the country in 2015 to join ISIS – currently resides in a refugee camp in Syria and is seeking to return home to the UK. Although Begum maintained that she is willing to ‘do anything required just to be able to come home,’ she nonetheless insisted that she did not regret travelling to Syria and even seemed to express support for ISIS’s habit of murdering journalists.

Predictably, the political and media responses to this interview have been frenzied. Britain’s security minister, Ben Wallace, insisted that he would not be putting any officials’ lives at risk for the sake of rescuing Begum – at the time of the interview heavily pregnant and in her ninth month – or bringing her back home. In a similar vein the home secretary, Sajid Javid, vowed to do all that he can to prevent Begum’s return home to the UK. Others have been more forgiving. Richard Barrett, a former director of global counter-terrorism at MI6, argued that Begum should be ‘given a chance,’ reminding Britain that she was ‘a 15-year old who went badly off the rails.’

Much of the debate has, understandably, focused on the legal position of Begum herself. This is because, whilst it is accepted that those returning from Syria can expect to be questioned, interviewed and potentially even prosecuted if they have committed any crimes, the legal position of returnee ‘foreign terrorist fighters’ and their families generally is unclear and fraught with complications. Since Begum admitted to travelling to ISIS-held territory and has even expressed support for their violent actions, it is not inconceivable that she would be prosecuted for the offences of joining a proscribed organisation and supporting acts of terrorism. Therefore, Neil Basu, the country’s top counter-terrorism chief may be right in suggesting that Begum has potentially criminalised herself.

However, as Professor Helen Fenwick has warned, prosecuting returnees from Syria is very challenging, since it is often difficult to find evidence proving that they were actually involved in committing or supporting acts of terrorism. Furthermore, and relating specifically to Begum’s case, it must be borne in mind that any attempt to strip her or her unborn child of citizenship could potentially contravene international human rights law, particularly if she is not a dual citizen.

The legal position of Shamima Begum’s child: an overlooked aspect of the debate

However, now that Begum has had her baby, a boy who was born a few days after the original interview, it is also important to consider the legal position of the child – an issue that has not received much attention. The issue is also important because of the increasing numbers of women with children born and raised in the Caliphate making or seeking to make their way back to the UK and other European countries.  How does the law – in particular family law – respond here? How should it respond?

Begum herself seems to assume that she would be allowed to care for and raise her child. In the original interview with The Times, she stated that all she wanted to was to come home and ‘live quietly with [her] child,’ although she did also express fears that her child might be taken away from her should she return home. Begum’s family also seem to assume that they would be allowed to care for the child, recently imploring the British authorities to give the child a ‘chance to grow up in the peace and security of this home.’

The previous case law: the radicalisation cases in the family courts

But recent case-law from the English family courts suggests that Begum’s fears that her child would be removed may well materialise. As I have pointed out before, over the last few years a growing body of case-law, referred to as the ‘radicalisation cases in the family courts’, has been dealing with child-protection and safeguarding concerns arising within the context of terrorism, extremism and radicalisation. According to these cases, childhood radicalisation is identified as a ‘new harm’ and a new child protection concern from which children must be protected and which can justify compulsory state intervention in the private and family lives of the parents and families in question.

The family courts have, overall, taken a rather cautious approach towards the compulsory removal of children in cases where there is a history of terrorist and/or extremist involvement in the family, preferring to order less draconian measures such as electronic tagging orders (see Re X; Re Y and Re C,D,E ) supervision orders or care orders that allow for ongoing support and mentoring (see for example London Borough of Tower Hamlets v B, Re M (Children) (No2), and A Local Authority v M and Others). The family courts have also taken a case-by-case approach, looking at the facts of each case and prioritising the welfare interests and needs of the individual child in question over and above ‘wider considerations of counter-terrorism policy’ (see London Borough of Tower Hamlets v M and Others).

Nevertheless, this cautious approach by the family courts has tended to involve cases where the local authority is unable to substantiate or prove that a parent has travelled to or is intending to travel to ISIS-held territory in Syria or cases where the main issue is parental extremism rather than actual involvement with ISIS and other terrorist organisations. In the cases involving situations where there is evidence, on the balance of probabilities, that a parent has indeed travelled to ISIS-held territory in Syria, the family courts have sanctioned the most draconian of family law orders: the compulsory removal of the child from the care of his or parent- usually the mother.

For example, in A Local Authority v T and Others, the court found that the mother travelled with her 2-year old son to the ISIS stronghold city of Raqqa in Syria. Hedley J approved the local authority’s application to remove the child from the care of his mother who had been convicted of and imprisoned for terrorism offences. Particular emphasis was placed on the emotional harm that was suffered by the child who was made to live in a war-zone and was indoctrinated into ISIS ideology.

Similarly, in A Local Authority v A Mother and Others – a case involving facts not dissimilar to Begum’s situation – a very young woman had travelled, with her husband, to ISIS-held territory in Syria  in 2016 and shortly afterwards gave birth to  the little girl in question. Although the mother, who returned to the UK in 2018, was not convicted of any terrorism offences, Knowles J still sanctioned the removal of the girl from the care of her mother, finding that the mother’s behaviour and views posed an ongoing risk to the emotional and physical well-being of her daughter. The girl was, therefore, removed from her mother and placed with the paternal grandmother; the mother was granted limited contact rights.

Of course Begum’s situation is unique and we cannot be sure how the family courts will approach and decide her case. Moreover, as of yet, there have been only two published family court cases that deal with mothers returning from Syria, making any generalisation very difficult to make. But these cases suggest that regardless of whether or not Begum herself is prosecuted or even convicted upon her return home, it is unlikely that the she would be allowed to ‘quietly’ take care of her child. And given her continued support for ISIS’ vision, if her child is not removed, her relationship with him will – at the very least – be heavily monitored and supervised. 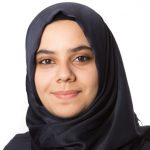 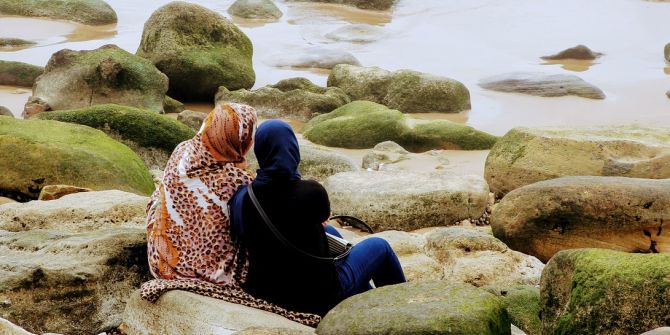