In ‘How Violence Shapes Religion: Belief and Conflict in the Middle East and Africa’, Ziya Meral draws on the cases of Nigeria and Egypt to offer an analysis of the complicated relationship between violence and religion that avoids popular assumptions and reductive causal explanations. Baris Cayli sees this as a highly sophisticated book which takes readers on a historical journey through human fragility in times of conflict and the grounded realities of complex human behaviour.

The relationship between violence and religion is highly complex. Reductive analyses and explanations produce destructive outcomes. In How Violence Shapes Religion: Belief and Conflict in the Middle East and Africa, author Ziya Meral avoids popular explanations and refutes instrumentalism to offer the reader a systematic comparison that uncovers the complicated relationship between violence and religion. The book conveys the argument that violence shapes religion at different levels and religion influences the situation before the use of violence, its legitimisation in the course of violent attacks and its aftermath in a post-conflict era. As a result, what we see through these multidimensional interactions ‘is not an outcome of an intrinsic clash between imagined civilizations, but a very real case of self-fulfilled prophecies that create new fault lines across the world’ (176).

The author’s personal, academic and professional curiosity directed him towards showing the complexities in the multifaceted relationship between violence and religion (5). Meral argues that exposing these helps us to better understand the grim realities that lead to violence in different societies, where religion is perceived as a formidable social, political and cultural force. For this reason, Meral’s principal argument is based on two cases: Nigeria and Egypt. The meticulous analyses of violence in these two nation states reveal the dynamics of the relationship between religion and violent conflict in today’s world.

The author asks two key questions: 1) ‘Do religions in general, if not particularly Islam, cause such conflicts?’; and (2) ‘Are we really witnessing an escalation to extremes at a planetary level between followers of the world’s two largest religions, Islam and Christianity, showing itself in local conflicts between Muslim and Christian communities?’ (20). The book employs a comparative approach and analyses these questions within a political science theoretical framework. The multiplicity of ethno-religious communities in Nigeria on the one hand, and the disruptions of violence on the other, make the country an interesting case to study. The comparison of Nigeria with Egypt increases the originality of the book because an overwhelming majority of the population observe Islam in Egypt, whereas Muslims make up almost half of the population of Nigeria and are concentrated in the northern part of the country. Violence between Christian and Muslim communities is prevalent in Nigeria, while Egypt has millions of Christians who are frequently subject to discrimination and violence.

In the Nigerian case, readers witness violent scenes in ‘the most populous country in Africa with an estimated more than 155 million citizens and one of the continent’s largest economies. More than 250 ethnic groups and around 500 languages form the country’s complicated ethnic tapestry’ (27). The legacy of British colonialism, its divide-and-rule philosophy, influenced the country’s governance after it became independent in 1960. In January 1966, the first military coup occurred after political assassinations, aggressive political competition and poor socio-economic governance. Thereafter, the Nigerian Civil War, the Biafran War (1967-70), transformed the country into an arena of power competition in which foreign states, NGOs and the media played different roles. Religious and political violence sometimes intersected; at other times, they diverged. Demands for social justice and rule of law brought the concerns of political violence to the fore, while religious sectarianism engulfed regions where such conflict had been longstanding.

All these narratives, focused on the social and political developments of previous decades in Nigeria, demonstrate the bitter realities of different religious and political groups who vie for power over the resources of the country to realise their own ideals. During these tumultuous decades, ‘violence continued unchecked in Nigeria, only increasing in size and scope’ (81). Interviewing members of diverse communities and documenting the decades of growing public concern, the author identifies ‘three powerful emotions – envy, fear and threat – that continue to fuel zero-sum social, political and religious contentions in Nigeria’ (81). When the author visited the country in 2008 shortly after the violent conflict between Christians and Muslims in which hundreds of people lost their lives, he concluded that:

Given the acute unemployment among the youth and the economic opportunities provided by political offices and power gained by patronage systems based on issuing of certificates, violence is triggered easily and automatically takes on a form of religious clash between Christians and Muslims (69).

This is a convincing conclusion when we consider the struggle of multiple forces aiming to write the destiny of the country in line with their own agenda. Violent actions produce delusionary outcomes when communities experience escalating conflict with their perceived antagonists that creates unbearable situations for each.

In the Egyptian case, the reader comes closer to the dramatic scenes of a country which is different from Nigeria in terms of its local and regional history. However, a similar fraction of violence prevails here too. The Egyptian chapter starts with a narrative concerning the experience of a monk who was attacked by a group of villagers: this is indicative of how the book depicts violent scenes in order to understand in depth how these events occur in such a dramatic way.

The story of the Copts, an ethno-religious and Christian group indigenous to Northeast Africa, elucidates the roots of discrimination and persecution that these people have had to cope with in their everyday lives in different political periods of Egypt. However, this chapter goes beyond fast conclusions in portraying the political and religious landscape of Egypt in the last decades, allowing readers to better contextualise the social situation for the Copts. The religious violence that the Copts have been subject to is typically rooted in the discourse of ‘the Crusaders’ used by the Islamists. Diaspora Copts organise events and inform their networks about the danger of Islamism. Yet, the use of discriminatory and often outright Islamophobic discourse by Copts not only in Egypt but also in Europe and the USA can fuel hatred in the country as the Copts defend the brutal military intervention. All these challenging problems create a conundrum that hinders the pursuit of a feasible solution to religious-related violence in the near future. This is the reason that readers may feel a sense of hopelessness when Meral states that: ‘Ethno-religious violence in the country will continue with varying levels of intensity depending upon local, national and regional developments’ (131). Violence against the Copts and their resulting reaction against the changes in the political arena show the destructive outcomes of actors when their primary concerns are their own self-interest and also reveal the fragility of the human project to create a peaceful co-existence of different religions.

In a beautifully penned sentence, Meral claims: ‘When the boundaries between peaceful human interaction and violence are crossed, the powerful social and psychological boundaries that keep human potential for violence under control are broken’ (181). This pessimistic, yet reasonable, deduction is presented after readers learn of the two cases in depth and the global context of the violence-religion nexus. Yet, readers are encouraged to remain optimistic that we can decode the perplexing relationship between violence and religion through ‘deglobalizing ethno-religious tensions, refusing to promote any images of the ‘‘other’’ to be intrinsically different than us and deconstructing grand narratives that promote unbridgeable distances between religious, ethnic and national communities’ (182). How Violence Shapes Religion is a highly sophisticated book which offers readers a historical journey through human fragility in times of conflict and the grounded realities of complex human behaviour.

Dr Baris Cayli is the author of Violence and Militants (McGill-Queen’s University Press, 2019). He is currently Visiting Professor at the University of Palermo. He is a Senior Research Fellow in Criminology at the University of Derby. He is Fellow of the Royal Society of Arts. He has served as a Visiting Academic at the Department of Sociology, University of Oxford, and the School of Criminal Justice, Rutgers, the State University of New Jersey. His publications explore power dynamics, violence, political ideologies, historical sociology and social and cultural transformation. 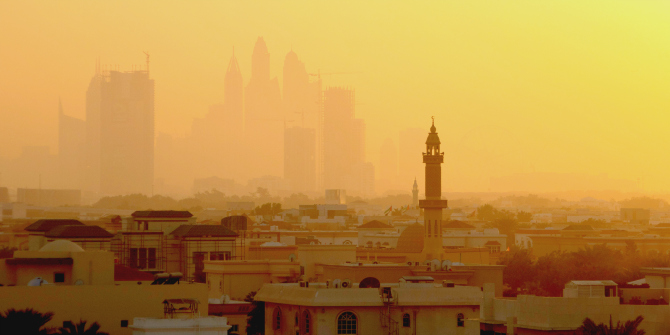 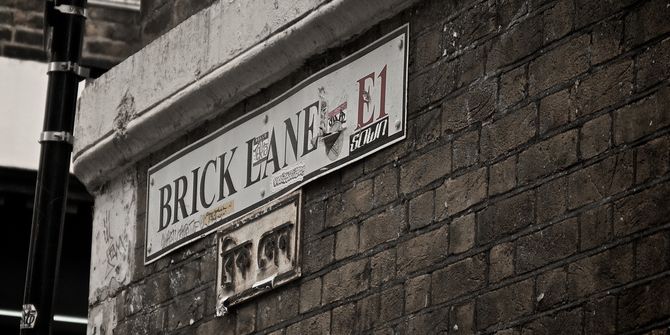