In the fledgling field of Digital Religion much deliberation has been given to how technology and digital culture has impacted on religion. Less attention however, has been in the other direction, namely how religion itself might have influenced technology and the internet. Here, Jon Baldwin considers Tim Berners-Lee, Unitarianism, and the internet.

Tim Berners-Lee is celebrated and regarded as a core figure in the invention of the world wide web. In 1989, he made a proposal for an information management system and implemented the first successful communication between a Hypertext Transfer Protocol (HTTP) client and server via the nascent internet. Towards the end of an autobiographical account and portrait of his invention, Berners-Lee reflects upon his religious outlook, Unitarian Universalism, and considers how this might have influenced the architecture of the web:

One of the things I like about Unitarianism is its lack of religious trappings, miracles, and pomp and circumstance. It is minimalist, in a way. Unitarians accepted the useful parts of philosophy from all religions, including Christianity and Judaism, but also Hinduism, Buddhism, and any good philosophies, and wrapped them not into one consistent religion, but into an environment in which people think and discuss, argue, and always try to be accepting of differences of opinion and ideas. (Berners-Lee 1999: 208)

Furthermore, Berners-Lee accepts some connection of design principles between Unitarianism and the web:

Some of the [Unitarian Universalism] association’s basic philosophies very much match what I had been brought up to believe, and the objective I had in creating the Web. People now sometimes even ask whether I designed the Web based on these principles. Clearly, Unitarian Universalism had no influence on the Web. But I can see how it could have, because I did indeed design the Web around universalist (with a lowercase u) principles. (Berners-Lee 1999: 208)

In Unitarianism Jesus Christ is considered to have been inspired by God in his moral teachings but is a human being rather than a deity. There are further distances taken from doctrines such as the notion of original sin, hell, predestination, and Biblical infallibility. It is considered a liberal theology which rejects the importance of dogma, liturgy, and largely anything other than an ethics and gospel of love. Several tenets of Unitarianism overlap with the predominant Muslim view of Jesus and Islamic understanding of monotheism, but in his account, Berners-Lee feels no apparent need to include Islam as one of the ‘useful parts of philosophy from all religions’ that Unitarianism draws upon. It is perhaps also a mark of the confidence in the challenge of liberal Christian Protestantism that it can deem itself to tolerate other faiths, as exemplified in Unitarianism, whilst subsuming them and maintaining some sense of superiority.

Berners-Lee affirms the commonality between his religion and his invention:

For me, who enjoyed the acceptance and the diverse community of the Internet, the Unitarian church was a great fit. Peer-to-peer relationships are encouraged wherever they are appropriate, very much as the World Wide Web encourages a hypertext link to be made wherever it is appropriate. Both are philosophies that allow decentralized systems to develop, whether they are systems of computers, knowledge, or people. (Berners-Lee 1999: 208)

Indicative here might be the interchangeability of computers, data, and people as flows or terminals in a network. The core celebrated attribute is the notion of peer-to-peer linking nodes in a decentralised network. Network religions eschew the notion of a central node functioning as a God(head) in favour of a decentralised, dispersed deity – the network rather than central node is sacred. This, then, is a non-hierarchical network with no centralised control. In an idealised form both Unitarianism and the internet flatten and challenge the power and authority of hierarchies. Elsewhere, I have drawn attention to this ‘network fetishism.’ This is the utopian vision of the internet promoted with the hyperbole of the Californian Ideology and where the likes of the Wired magazine milieu told us and sold us the coming of a networked society, in which old hierarchical models of business and culture would be superseded by the wisdom of crowds, user-generated content, and an ethos of transparency and collaboration. This prospect looks extremely remote just half a decade later. It is increasingly coming under internal crisis and external critique. The purported dynamism of the digital, the speed and flows of information technology and data has met the reality of capital and power and has, so to speak, a wheel in the ditch and a wheel on the track.

Finally, Berners-Lee, considering the future of the internet, suggests that,

We certainly need a structure that will avoid those two catastrophes: the global uniform McDonald’s monoculture, and the isolated Heaven’s Gate cults that understand only themselves. By each of us spreading our attention evenly between groups of different size, from personal to global, we help avoid these extremes. (Berners-Lee 1999: 203)

Unfortunately, and uncomfortably clearer day by day, Berners-Lee ambition has not been met. The fear and anticipation of banal and vacuous sameness with channelling of isolated frustration seems prescient. There is corporate colonisation of the internet, data harvesting, surveillance, steering of behaviour, and the inevitable end of ‘net neutrality’ on the one hand. Political interference, the amplification of bitterness, trauma, and self-hatred, dissemination of the ‘alt-right’ and ‘fake news’ on the other. Both of Berners-Lee’s catastrophes can be argued to have occurred. The decentred nature of the Internet has meant no centralised or organised resistance, such as the State, to the corporatisation and no centralised pedagogic or moral resistance to the ‘alt right’ or duplicitous content. This is reason for a heretical approach to the digital.

Note: This is a shortened version of Digital Religion: Blessed are the Heretics!, the author’s article in Baudrillard, Religion, Theology, a special edition of the International Journal of Baudrillard Studies co-edited by Jon Baldwin and James Walters, LSE Faith Centre Director.

Jon Baldwin teaches at the London Metropolitan University. He is editor, with James Walters, of the Baudrillard, Religion, Theology special edition of the International Journal of Baudrillard Studies. 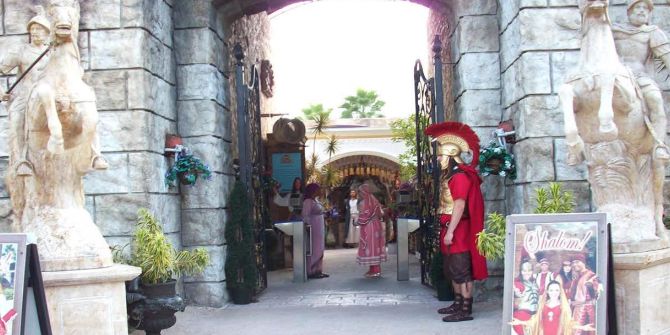