In this post originally published as part of the LSE 125 series, Manmit Bhambra, the Research Officer for LSE’s Religion and Global Society Unit, writes about her research interests and how they are shaped by by the work of B R Ambedkar. Ambedkar was an LSE alum and played a vital role in Indian independence in 1947.

I conduct research, and teach, on identity politics and formation, ethnic, religious and national identities and the broader themes of race, inclusion and minority rights. I am currently working on the newly established Religion and Global Society research unit‘s inaugural project, Strengthening Religious Cooperation in Global London: Religious Community and Interfaith Relations in the COVID-19 Era.

Undertaking and completing my DPhil is one of my proudest achievements. I had studied across the social sciences, and as I did, I realised that my passion was in researching communities and the challenges they face. Having the opportunity to build relationships with other young people from minority groups and learn about their lives whilst doing my fieldwork was a privilege and gave me the focus and determination to continue this work.

B R Ambedkar’s pioneering work gave voice to the social exclusion of millions of Indian people. He examined deeply entrenched divides and beliefs that shape the lives of so many. I have always felt that his work held up a mirror to Indian society, to make those inside, and outside of the nation, acknowledge and reflect on its hierarchical structures and the system of “untouchability”. Class, caste, poverty and access to education are still global issues and Ambedkar’s work inspires me to look at how different groups of people within societies face these challenges through an intersectional lens.

I would like to continue to produce work that explores the diverse society that we live in, that brings to light the tensions that often occur, and offer solutions. Identity politics will continue to become more salient in an environment where ideas based on ‘us’ and ‘them’ continue via populist narratives. I predict that we will work more closely with our colleagues from other disciplines, offering multi-dimensional frameworks to understand the way different communities are affected by, and respond to these, and other, contemporary global challenges.

Ambedkar was born in India, the youngest child of a low Mahar caste family. He studied at the University of Bombay obtaining his degree in economics and political science in 1912. In 1913 he was awarded a Baroda State Scholarship to study at Columbia University in New York, obtaining his master’s degree in 1915.

In 1916, Ambedkar registered for a master’s degree at LSE alongside studying for the Bar at Gray’s Inn. However his studies were interrupted by the First World War and he returned to India to serve as Military Secretary in Baroda. In 1920, Ambedkar returned to LSE, initially to complete his master’s degree with a thesis on The Provincial Decentralisation of Imperial Finance in India. He registered for a PhD supervised by Professor Edwin Cannon, Professor of Political Economy. His thesis, The Problem of the Rupee, was accepted in August 1923 and was published the same year.

After his return to India Ambedkar was prominent in the campaign for Indian independence and in organising the Dalit community. In 1947 he became the first Minister for Law and Justice for independent India. As Chairman of the Constitution Drafting Committee he played a key role in editing and clarifying the constitution as well as guiding it through the Constituent Assembly.

The Constitution promulgated on 20 January 1950 displays Ambedkar’s influence in its emphasis on liberal democracy, a federal structure and the safeguards for minorities and the abolition of “untouchability”. Ambedkar converted to Buddhism shortly before his death in Delhi in 1956.

Note: This article was originally published by LSE 125

Dr Manmit Bhambra is Research Officer in the Religion and Global Society Unit at LSE and is coordinating its inaugural project, Strengthening Religious Cooperation in Global London. The project is exploring the impact of COVID-19 on interfaith relations and the potential for interfaith collaboration in these circumstances. Her research interests are centred around identity politics and formation, ethnic, religious and national identities as well as the broader themes of race, inclusion and minority rights. She has recently worked on research projects with young people at LSE’s European Institute and Middle East Centre. She is also Lecturer in Global Politics at Imperial College London. 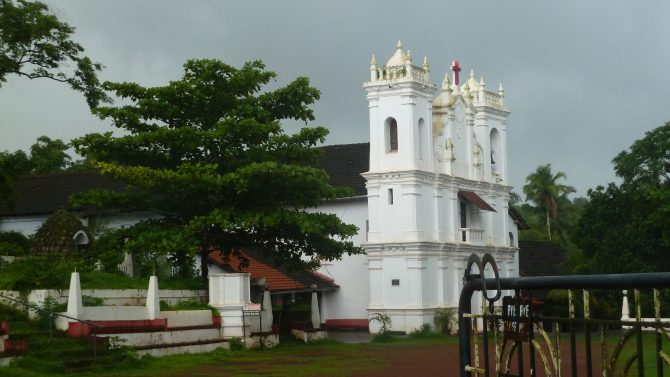 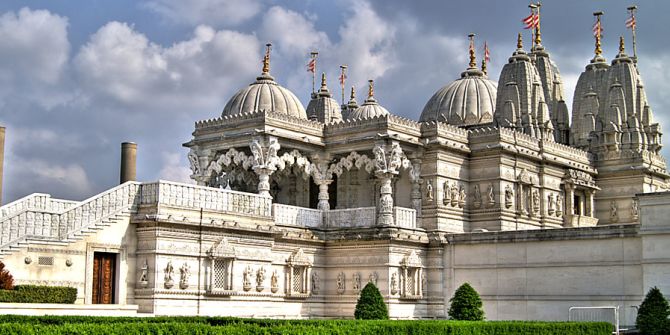