In this post, Mir Uzair Farooq writes about the ban of face veils in European countries, focusing specifically on France. The debate, he argues and sets out, has “generated more heat than light”. Farooq writes that the debate surrounding face veils is reflective of entrenched cultural prejudices, neglecting empathetic discussions of the veil and the underlying structural issues that impact minority Muslim communities.

Recently the Swiss voted in favor of banning the wearing of niqab and burqa in public and a week later Sri Lanka proposed to outlaw the same. Such bans (existent partially or fully in several other European countries), even though couched in neutral terms, have Muslim minorities in these countries as their prime, if not the sole, target. This is manifest not only in the recent French ‘anti-separatism’ bill which explicitly mentions a growing Islamic extremism in France but is clearly discernible even in the rationale given for the introduction of such laws: burqas, niqabs, and madrasas feature disproportionately, singularized as the pejorative ‘veil’—burqas and niqabs become symbols of sexual oppression, the madrasas and mosques hubs of radicalism, veiling an abasement of secular Republican values, and both madrasas and face veils become a mutual national security threat. Moreover, this rhetoric and the push for such laws have historically come from rightwing groups or parties.

This rhetoric and the line of reasoning it involves aren’t unfamiliar, and given the widespread support such bans have evoked, it might appear that such a rationale, as sketched above, does legitimize these actions. But in reality such claims ring hollow.

When France brought in the face veil ban for the first time as part of a wider ban on religious symbols in public in 2004, the declared aim was to uphold the secular Republican values of the French state which were purported to be undermined by the veil as it hindered effective communication and socialization, and inculcated a sense of difference among children. But because the 1905 law, which established the French laicete as it is known today, guarantees a freedom of conscience, religious signs such as headscarves were allowed to be worn as the personal choice of a community member. Before the 2004 banning of such symbols, attempts to prohibit their display in public were ruled out because of no/little correlation between such display and their fostering of non-secular values. This prompted a recalibration of the rationale for banning such symbols, bringing the focus more on the veil worn by Muslims and taking issue with its gendered oppression and hence declared as subverting French secularism. Henceforth, the debate surrounding the law took a flight away from notions of secularism and the veil was foremost seen as being intrinsically oppressive, a sartorial imposition on Muslim women rendering them detainees of custom and a desubjectifying tool in the hands of Muslim men and families. What Muslim women themselves thought of the veil, as wearers, was either outright dismissed or thought to be tainted through acculturation. Ironically enough, retrieval of Muslim women’s agency required a denial of the same—to wear what was a constitutive element of their selfhood. No wonder the Stasi Commission, which was instituted under president Jacques Chirac to resolve the issue of religious symbolism within laicite, didn’t consult to any satisfactory extent Muslim women, the recovery of whose muzzled voice was the purported aim in the first place.

This turn in the debate typifies the way the West has seen non-Western populaces and women in general and, in particular, how the French have seen Muslim women. Every culture embodies a ‘scopic regime’, a particular way of navigating the visual world surrounding them, but it is solely the legacy of the West to underwrite its own ways of seeing the world with notions of superiority and a civilizing telos, employing them in the regime of domination it held millions of people under from Americas to Indochina. The Western white male’s gaze has a long history of essentializing difference, be it of color, customs, dress or beliefs, justifying his own modes of existence and interventions in those of others. Frantz Fanon has noted how Algerian woman and her way of dressing signified a culture of barbarism and primitiveness per se. Framing it such, the French maneuvered to unveil the Algerian woman, to bestow back on her her agency and hence win her over and extinguish the Algerian resistance movement. It is not surprising that this sort of rationalization is precisely how the veil bans are being justified today, in Europe and elsewhere.

The adamancy of the European public and states to treat the veil as just another clothing accessory lies at the root of the problem. It refuses to acknowledge that a garment could be more than just a piece clothing. That it can, as it does for Muslims in the case of veil, provide a sense of self, be constitutive of how people manage their private and public selves, how they visualize their own corporeality. The veil, moreover, is an important juzz (element) of Islamic prayer and to stigmatize it by calling it inherently oppressive frustrates the performativity of the ritual of prayer. Hence the veil is a deeply meaningful part of a Muslim woman’s life, a significant psychosocial compass.

The culture that Muslim populations in France are asked to brace is amply described in the report presented by the Gerin Commission, set up by president Nicolas Sarkozy to investigate the ban in 2010. The report goes from saying that the veil treats women as men’s property to arguing that its removal is a prerequisite to enable women to seduce men and exhibit her sexuality fully. It recommended that women be available sexually for the male gaze to be invested in. The policy to the ban the veil, which this parliamentary commission advocated be done, becomes one about disciplining heterogeneity through the regulating of what is sexually appropriate for the heteronormative order of the society. Sexuality being the modus operandi of governmentality is quite manifest. As the philosopher Alia Al-Saji has insightfully shown, Muslim women become the canvas on which the Western gender norms with all their shortcomings are thrown into relief.

Not only is the veil thought of as a despicable redundant article of clothing but Islamic fundamentalism is essentialized to it and it becomes securitized to absurd levels. Rather than addressing the structural conditions (e.g., lower employment and education rates than other OECD countries, clustering in banlieue, in France) that contribute to the fostering of extremism in France’s suburban/Muslim/immigrant communities, the veil, due its visibility and being a clear visual marker of difference, becomes an easy target—to dispel majority apprehensions regarding immigrants, score political points, or reaffirm feminist ideals.

As long as Europe and other Western nations treat their societal norms as universal and refuse to acknowledge the bias in their own gender and cultural norms, any healthy debate on the issue of veil would remain elusive. There are countless cases where a burqa or niqab is a regimenting tool in the hands of families but to construct an image of veil as inherently oppressive not only denounces women the agency that is claimed to be restored by the removal of veil but makes the practice of veiling more entrenched since its removal is plausibly perceived as endangering one’s identity and also provokes a negative reactionism among families.

The debate surrounding the veil has generated more heat than light. It is wrongheaded to bicker over which cultural practices are morally upright, which more modern and apt and which primitive and anachronistic while losing sight of one’s cultural particularity and the complexity of other’s culture. To don a veil, to have thin cosmestics-laden bodies, to wear skirts of particular lengths, etc. are all cultural injunctions oppressive in their own ways. Why the veil is singled out speaks to the persistent cultural racism towards Muslim in countries where they form a minority. A healthy debate involves participants to resolve the issues without circumventing their own agency, to navigate through the muddle by means of thorough and empathetic discussion.

Mir Uzair Farooq is an MPhil candidate at Jawaharlal Nehru University. He has written on politics and culture for The Wire, The University of Oxford Politics Blog, Raiot, and The Kashmir Monitor. 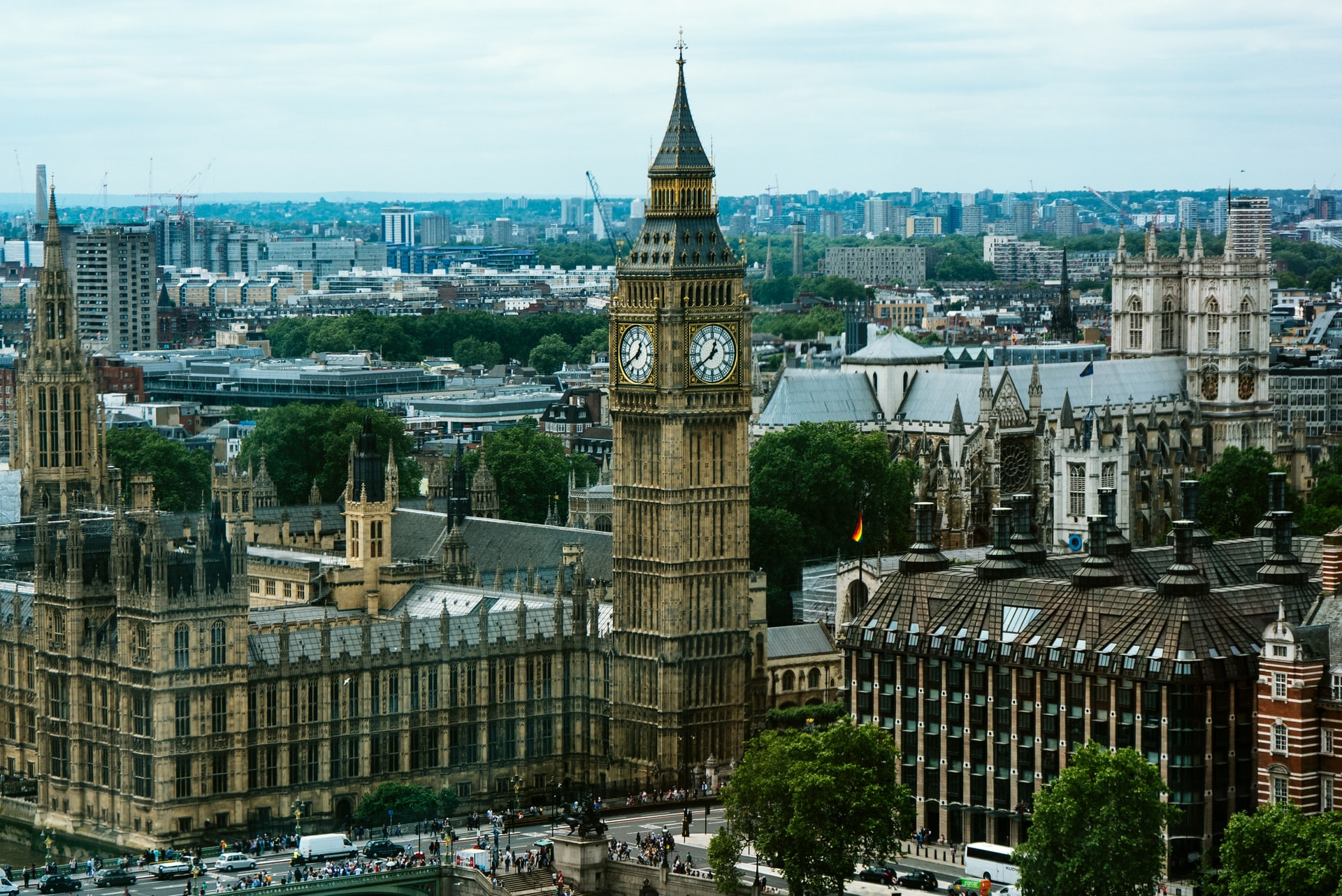