Each year the LSE Sociology department hosts a weekend retreat at Cumberland Lodge for students and academics to come together to speak about their research, have debates, and get to know each other. In the following Chinhyong Park, a MSc in International Migration and Public Policy student, offers their reflections on the event – in particular the Big Debate session. 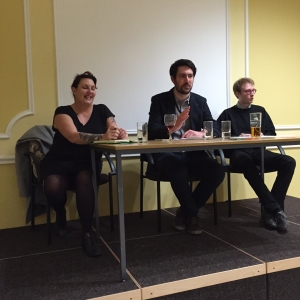 Cumberland Lodge in Windsor, how posh it all sounds! As a sociology student, I could not help but wonder how extravagant a British higher education could possibly be. As soon as I saw the venue — a gigantic portrait of her majesty to be exact — I knew that I was in a right place for my own small cultural research. Besides, this year’s key theme is “power”, C’mon. One step in this venue should provoke interesting thoughts in academics’ minds. All my credits to the organizers who managed to put everything together in such a fitting environment.

After the rather modest gala dinner and an intriguing introductory presentation, we had the first session of our three-day-schedule — The Big Debate. I knew it was going to be a good one once everyone in the room switched into “academic mode” from jolly week-away mood when Dan, the chair, started to speak. 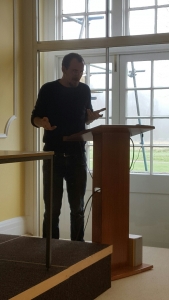 The statement of the night was that “this house believes that anonymous social protest is a means of shying away from responsibility.” Lisa opened up the debate first as a speaker for the motion, and then Tim took over the stage as a speaker against the motion. As you can assume, both sides made sense. Otherwise, why on earth would we have a “big” debate in the first place?

Lisa moved the audience, saying that there have always been brave individuals who came out for social change; standing firmly for what they believe in and taking risks such as personal inconvenience, imprisonment and even death. An actual personality is powerful and the anonymous mass groups under those individuals created identities and formed movements for change. Powerful, concise and full of character! At this moment, I thought that Lisa would take the debate easily.

Tim began to defend anonymity in a rather difficult position, as the audience was captured by her inspiring opening statement. We all know academics have a thing for persuading people with their arguments, don’t they?

While Lisa focused her argument on historic developments and past events, Tim changed the time frame to the modern technology enhanced world and the future of social protest. Since the Internet and social network services have become widely available around the world, anonymous initiatives have gained more and more power in terms of social protest, sometimes even being more effective. He supported his stance by saying that in the modern world, where the precision of surveillance and identification technology is unbelievably high, the level of risk that an individual takes with his/her name and face is totally different from the past. Thus, we cannot simply accuse anonymous social protesters of shying away from their responsibility. Marvellous! When he finished his opening statement, I hardly remembered what Lisa said before him. 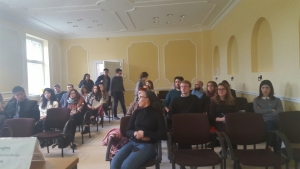 But the best part began there, when the house started to take comments and questions from the audience. It is always an exquisite experience to watch how our minds work. With a bit of exaggeration, I did not even have to raise my own hand as my critical colleagues shot every question I wanted to ask. I just had to follow the debate, which started to develop into whole new thought-provoking dimensions. In what sense are we defining social responsibility in this debate? Are we talking about pure responsibility and shyness or the effectiveness of measures combined? What about different burdens and risks in various social environments? Can a risk ever be a justification for anonymity in principle? How is the direction of power and anonymity combined in a social protest? What about anti-protest towards protest groups? Can we really undermine the contribution of the masses to social change in history? 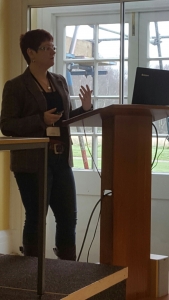 I did love this debate, and will not forget it as it was the first time for me to sit around with so many students from a variety of sociology courses and have a debate in this balanced atmosphere – completely comfortable but also incredibly academic. It was just such a perfect opening of the conference; we continued the debate at the bar over pints. I wish that we would have this debate regularly, or even just a sociology gathering at the George to discuss current affairs. It was indeed a memorable evening to me and I appreciate the department once again.