This post originally appeared as a blog on The Huffington Post as part of Sexual Assault Awareness Month (S.A.A.M.)

After someone I love opened up to me about their sexual assault, they stated something that has stuck with me ever since, informing my research and spurring me to action: “Sexual violence is ruthlessly democratic.”

I thought about my own experiences, the narrative I had just bore witness to, and the too-many friends and past partners who had shared stories of abuse and violence. I considered the statistics—one in five women and one in 71 men will be raped at some point in their lives; 63 per cent of sexual assaults are not reported to the police for fear of stigma, retaliation, blame and other reasons.

Sexual violence encompasses everything from child sexual assault to partner rape, from sexual harassment to sexual exploitation. As my loved one suggested, it “happens to people of all ages, races, genders, sexual orientations, religions, professions, incomes, and ethnicities.”

This month’s Sexual Assault Awareness programming by the National Sexual Violence Resource Center focuses on “prevention,” calling us all to action by outlining the lasting impact of this violence on “loved ones,” “communities,” and “society,” in addition to survivors. They tell us that, even if we don’t believe we are impacted by this phenomenon, sexual violence creates “a climate of violence and fear” that threatens our “critical societal structures.”

The Center is an important institution for our society, and I appreciate their presence and much of their message. However, we need to take a step back and consider how and why sexual violence is “ruthlessly democratic” in our society. We cannot protect our critical societal structures without changing them, because they maintain the system we must confront if we truly want to prevent sexual violence in America: capitalism.

As a feminist sociologist, I believe that gender is a social structure, and that society’s equation of biological sex (man versus woman) with this construct is both the product and producer of our unequal capitalist society. The gender binary defines specific qualities, such as strength and logic, as masculine, while being nurturing and emotional are seen as feminine. These traits are assumed to line up with biological sex, leading to common notions that distinguish “men” and “women.” Establishing this binary was especially important during industrialization, because it justified a capitalist society in which men went to work in the public space, and women stayed home and produced children—or future workers and mothers—in the private space. Within this gendered, classed social structure, certain masculinities and femininities are rewarded, while others are sanctioned if they do not fit with the norm or help advance society’s main interest—further capital accumulation for those in positions of power.

Over the past few years, narratives of sexual violence have been reported on, demanded to be heard, exposed, and ignited conversation in digital and physical spaces. In 2014, survivors of assault on campuses nationwide found solidarity, community, and support, in the invocation of Title IX by Annie E. Clark and Andrea Pino, two former students at UNC Chapel Hill. This movement sparked the documentary The Hunting Ground, written, directed, and produced by Kirby Dick and Amy Ziering, who previously examined sexual assault in the military in 2012 with The Invisible War.

Lady Gaga came out as a survivor and performed her new song from the film, “Til it Happens to You,” at the 88th Academy Awards amidst a sea of survivors. Last fall, Viola Davis shared the impact of her sister’s childhood sexual assault on her and her family. Mary Lambert uses her music and platform to speak out about sexual violence and its impact in her own life. During the first week of S.A.A.M., Kesha took to social media to share that Sony offered her a contract release—if she revoked her allegation that her producer, Dr. Luke, repeatedly sexually assaulted her.

Dick and Ziering suggest that sexual violence is an institutional problem in both of their films, but they also fuel the rhetoric that “not all men rape” and that those who do tend to be repeat offenders. If we consider sexual violence and the gender construct as key ways our unequal system is maintained, we can shift the narrative, taking the onus from “all men,” too, while offering the opportunity to see how masculinity and femininity are sold, embodied, enforced, and invoked in instances of violence.

Public and private narratives are critical in our quest to prevent sexual violence. These experiences have common threads, and yet we engage in divided conversations that aren’t representative of broader structural problems in our society. We must consider gender as a social structure implicated in our everyday relations, instead of something that we all innately “have” from birth. We must consider the ways in which silencing tactics and power are used to maintain our gendered relations and allow sexual violence to continue.

We threaten the system when we question and resist binaries, their origins, and the social structure that produces and is produced by them. We are at a critical moment in our country where we can no longer see things in black and white—our current presidential election is proof of this, with candidates like Sanders and Trump forcing us to question our bipartisan system. Recent attention to trans* issues in public and in policy is further evidence of this. Now, in order to end sexual violence as an epidemic in America, we need to read between the lines and consider the connections between gender, class, and power.

Read about the theories behind “gender as a social structure” here, then join the conversation to shift the paradigm: #RuthlesslyDemocratic 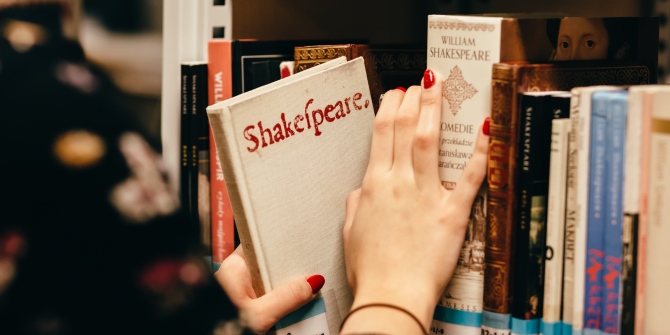