Gender and Sexuality in the US Election: three lessons

Gender and Sexuality in the US Election: three lessons

The US nation spent the last month or so deciding whether to mind that one of the two major party candidates, Donald Trump, had bragged about using his money and power to kiss and grope women without consent, including the line about “grabbing women by the pussy,” that spurred the striking “pussy grabs back” meme. This came on the heels of disrespect toward Mexican Americans, Muslim Americans, African Americans and those with disabilities, and against a background of unrelenting misogyny.

Were Trump’s boasts mere “locker room talk,” descriptively if not prescriptively normal? Many athletes rejected this defense, while others noted that the talk was more typical of adolescent than adult braggadocio. The women who wore the “Trump is welcome to grab this (downward arrow)” shirts drew our focus away from the absence of consent by blazoning their permission across their bodies. The residual crudity struck some of those fed up of insider politics and elites as welcome realism: this is just how real men talk!

In an extraordinary speech on October 13th in New Hampshire, the First Lady of the United States, Michelle Obama, channeled our collective disbelief and the affective toll of hearing the recording: “I can’t believe that I’m saying that a candidate for president of the United States has bragged about sexually assaulting women;” “I can’t stop thinking about this — it has shaken me to my core.”

The words were especially powerful coming from Michelle Obama, who had run an equally extraordinary “United State of Women Summit” at the White House in June 2016. This summit centered the intersectional nature of gender and sexuality: sexism does not exist in a power-neutral, binary male-female gender system, but is always already part of intersecting hierarchies of race, sexuality, ableism, and power.

Michelle Obama is incomparable. But she was also able to address the recording’s revelations in a way that Hillary Clinton could not. The sexual exploits of former President Bill Clinton, and Hillary Clinton’s perceived complicity in making them go away, had long since rendered the possible first ever woman President of the United States of America inauthentic on the topic of sexual abuse and the denigration of women.

With mere days to go and potentially affecting the outcome of the election, the FBI reopened its investigation into emails possibly related to Hillary Clinton. These emails came to light during a criminal investigation of Anthony Weiner, and were sent by Clinton’s close aide, Huma Abedin, Weiner’s estranged wife. Former New York Congressman Weiner’s electronic devices were seized because he sexted women, including one underage young woman. He notoriously sexted a photo of his crotch taken while sitting next to his and Abedin’s four-year-old child.

What can we learn from the fact that the scenography of this election has included explicit sexual predation at every turn?

First, the age of social media has shone a light on the ubiquitous pairing of power and sexual desire, harassment, and assault (it is important to remember that men are also victims of sexual harassment and assault, and that it is not confined to heterosexuality). Social media have become another means by which power reproduces and is in turn reproduced by racism, classism, sexism, ableism, and citizenship status. Little has been done to combat these patterns; on the contrary, we have evidence that algorithms and social media tend to amplify rather than correct for structural bias and discrimination. Our department’s research in the age of social media is urgent.

Second, the tendency to see this ubiquity of crudity, misogyny, racism, and sexual predation as a race to the bottom, to the lowest of the low, to the tawdry and shameful, that takes our attention away from “real policy issues” must be resisted. Sexual predation, like racial discrimination and ableism, is built into every aspect of our polity from unconscious bias to digital design, cityscapes, and the law. Until we treat this locker room talk, this tawdry refrain of 2016, as the urgent policy issue that it is, underlying some of the most fundamental political trends of our day, we will not be able to counter it.

And third, we need to come to grips with what it means that many people in power today grew up during an era when sexual desire and various kinds of power – whether workplace, political, monetary, or aesthetic – self-evidently went together, with or without consent. The fact that the person with less power was so commonly harmed in the long run, even in consensual relationships, took time to surface.

On campuses, our efforts to mount an anti-sexual harassment and assault culture curriculum beyond training and compliance are held back by our having not yet developed ways to talk about deeply embedded histories and geographies of power and sex. In particular, within academia, we have to find a way to talk about the links between knowledge and desire, and between knowledge and privilege, much as we are beginning to be able to talk about toxic masculinity and party culture. Older and newer genealogies of sexual desire and predation co-exist.

What do we stand to gain by bringing this situation to light and working to prevent the widespread harm it does and mitigate the structural inequalities that sustain it and that it in turn reproduces? Are there things we lose by working to uncouple power and desire, and how might we build those pleasures of the intellectual life differently into university culture? How can we center victims and improve reporting and consequences for harassment and assault? Can we develop robust practices, for example, restorative justice, that would complement the legal and criminal approaches that frequently re-victimize victims and lead to under-reporting?

What is clear is that we need to start with the ubiquity: only then we can finally begin a deep conversation about better ways forward. There might yet be a silver lining in this dreadful election season.

About the author: Charis Thompson is Chair, Department of Gender and Women’s Studies, Center for Science, Technology, and Medicine in Society, UC Berkeley and Professor, Department of Sociology, LSE.

Note: an earlier version of this blogpost originally appeared on the Berkeley Blog.

Posted In: Gender | US Election 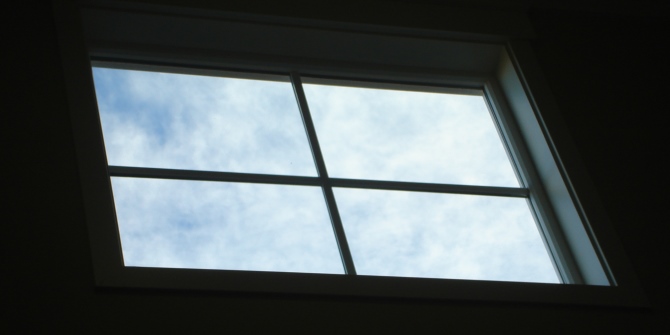 A Week of Black Feminism and Colourism – In Pictures