The Tangled Chain of the Social Democrats: a gold necklace and the US election results

The Tangled Chain of the Social Democrats: a gold necklace and the US election results

Lisa is a research fellow in the LSE’s Sociology department, focusing on class, race and austerity Britain. She is also a prominent political activist and manages the LSE Researching Sociology blog. 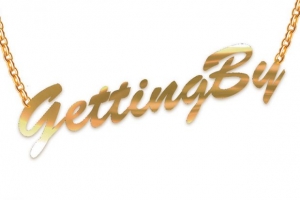 I wrote a book called ‘Getting By’ about a council estate where I lived for 22 years; I wrote about the relationships and everyday lives of the working class people that live there. This council estate in Nottingham in some ways is a beacon of success; it is truly multi-cultural and harmonious with people sharing their cultures, their lives and their beds. My book mainly focused upon white working class women whose children were mixed race, and the overall message from those women, and that community was we are better people because of ‘our mixing’. That is how I like to think of a place that was home where I have friends and family. However, that is not the general narrative about this community, in Nottingham it is known as a dangerous place full of single mothers, drug dealers, and gang crime. The people who live there know and talk openly about the prejudice that they face every day because of where they live, how they dress, and their ways of speaking. Those on the outside of the estate and looking in would not see this estate as successful. On the front cover of my book there is an image of a gold necklace with the words ‘Getting By’ hanging from it. I have this necklace in my jewellery box.

The image of a gold necklace is symbolic; it represents what is thought to be crass, and worn by people with little taste. The middle class laugh and sneer at the people who live on this estate, at their lack of taste, and crassness, their love of bling. The young middle class may wear and use parts of working class culture in an ironic way, it’s ‘funny’, it’s ‘retro’, and it’s ‘ghetto’, it’s ‘cool’. It is none of these things to us, it is our lives, our culture and sites of value.

This estate and the people who live there have suffered over many generations, from poor housing and slum conditions in the 1950s and 1960s, constant low and inadequate paid work. The West Indian community that have been such an important and large part of this community since the late 1940s have suffered untold injustices from being refused work at many of the City of Nottingham’s main employers, including Raleigh Bicycles, and Nottingham City Transport until the early 1960s. The 1980s meant mass unemployment throughout the UK but young black men in urban inner city communities like St Ann’s were especially hit, they had both their class and colour used against them. Blairism ushered in social exclusion, which laid the blame of inequality and poverty squarely at the feet of the people who lived in places like St Ann’s in Nottingham, they had socially excluded themselves by being ‘culturally wrong’. Since 2010 there has been further suffering with the bedroom tax, welfare caps, disability payments cuts, and a focus on crime prevention that is coded practice by the police to ‘hard stop’ and harass young black men, and children around the estate.

I have written previously about Brexit, and today I am thinking about the US election. I am trying to unravel the rise of populist right wing politics, the division, and hostility that is polarizing most of Europe and the United States through using my own experiences, and my research within working class communities. There are arguments that this rise in populism is about racism, xenophobia, and nationalism. Others blame the poorly educated for not understanding the arguments and being reactive, while others see this as a kick against the ruling elites, and the liberal middle class media. From my ethnographic research (I have never looked at a data set) I know that it is all of the above, it is a complicated picture. However what needs to be said is that the social democrats all over Europe, and the USA appear to have treated their working class electorate with a contempt, and a carelessness resulting in large parts of the electorate feeling unrepresented. The left have failed completely in mobilising an international working class movement against capitalism, instead have chosen to back up social democrats as the better of two evils rather than doing the difficult grassroots work. Consequently, the middle class of all political persuasions have taken and occupied every single political space including the new populism, Trump and Farage are perfect examples, and have garnered the need for social movements both speak in the language of ‘we’ while the social democrats speak in the language of ‘I’.

Many feel hopeless. I feel angry, that the left wing, the socialists, the trade unions, and the social democrats have turned a blind eye at best and actively supported the view that the market would provide for our social services and that social goods could be funded and supported through the champagne fountains of the financial system, rather than the sweat and grease of a manufacturing industry. As societies, we wanted cheap things to buy, we wanted a disposable society and an attention deficit disorder economy that we only give a fleeting glance to before we move on to something else. We wanted these champagne social goods, and the ADHD economy on the backs of the poorest people; our manufacturing industries chased itself around the globe as Marx warned in a race to the bottom. Our economy of bubbles has been built on the backs of the international working class but also through the hopelessness and misery of the working class in each country throughout Europe and the US. Ignoring inequality, and ignoring diminishing electoral turnout and voter frustration because it suits the polemic politics of social democracy has been a mistake. In the next months, and years more social democrats will fall, and the chasms that are opening that allows in right wing divisive narratives, nationalism, and authoritarianism will continue. The usual suspects of the commentariat, and the homogenous voices of the media, and the establishment that are struggling to understand what is happening will keep talking although fewer people will listen.

I would like to offer some help to them like my gold necklace on the front of my book and is also a real object that sits in my jewellery box, if you leave it and ignore it, and mistreat it will become knotted up and difficult to untangle. I love mine, and I care for it, and I wear it with pride.

Posted In: Social Inequalities | US Election

“I feel a little bit like they don’t understand me”