Jasmina works as Assistant Professor at the Art Education Department of the Academy of Fine Arts in Sarajevo.

Recently, a colleague of mine at the Academy of Fine Arts in Sarajevo told me she had felt more enthusiastic about working during the war. She said: “You know it was better in the time of war, even in the few years after it ended.”  Considering that the war in Bosnia-Herzegovina (1992-1996) produced colossal human casualties estimated at 100,000, and that it was characterized by severe acts of inter-ethnic aggression, mass rape and genocide, as well as enormous economic and infrastructural devastation, her remark might seem odd.

However, this is how cultural workers often feel nowadays in Bosnia. Looking back, at least to those who stayed in the besieged country’s capital Sarajevo, their wartime work seems less depressing than the present conditions. Most people working in local cultural institutions feel this way, but one particular example stands out.

In 2012, after 124 years of existence, and after unceasing wartime operation, the National Museum of Bosnia-Herzegovina (Zemaljski muzej Bosne i Hercegovine) closed its doors to the public.  The reasons were manifold. In the post-conflict Bosnian social context it was difficult to identify the main cause which led to such a drastic development. Access to and availability of culture is something that we often tend to perceive as naturally and spontaneously occurring. Culture in Bosnia demonstrates quite the opposite. It might have survived during the war, and without any doubt it played an important role in enhancing the morale of its citizens, at least in Sarajevo under the siege the effect was most salient. But it was incapable of coping with what followed afterwards.

When the National Museum closed, it was not the result of a sudden and unexpected complication. It was unfortunately just another stage in a very painful process. It was the result of numerous problems that had accumulated over time, and it culminated with 65 employees not being compensated for the work they performed daily for over 30 months. When I started contemplating the idea of writing about the Museum, I often found myself in an awkward position. How do you explain to someone that an individual might be working for years without a salary and health insurance, in deplorable conditions without heating or electricity, and yet is expected to perform a highly valuable and demanding task of protecting a collective good – cultural heritage?

How did we arrive at that point where something that had been safeguarded for more than a century, that had been diligently excavated, recorded, archived, written about in academic journals, integrated in textbooks,  theatre plays, films and novels, ceases to be perceived as valuable, or at least requiring physical protection? The operation was, and continues to be, complex as it is far from being over. Working without pay in Bosnia, or in better cases for symbolic wages, as is probably the case in some other places around the world, is very common. The overall context is such that people are left without many other options; they can either continue working on what they have been assigned (and do their best to improve life and work conditions hoping for a positive change to occur) or give up (basically without much hope of finding a better alternative). That situation is very similar to many examples of workers of former factories across Bosnia. It is symptomatic to see that labour unions of privatised (better say pillaged) previously collectively owned companies, and the staff of the National Museum in fact share very similar problems. In both cases of cultural institutions and collectively-owned companies there has been a systemic mismanagement, very often voluntarily induced by inadequate policies, the creation of debt (towards health and social insurance funds, and the workers themselves), and risk (unsustainable bank loans in cases of companies).

Closures of institutions of culture are not marginal phenomena in post-Yugoslavia or elsewhere.  They also take place in societies that did not undergo a similar conflict. In the UK it is estimated that one in five museums had to close its doors in 2015 (The Guardian, January 12, 2016).  Nevertheless, the institutions of culture considered of national importance (whatever we understand under the term national) are traditionally accorded a special status, either due to their long-term existence (and consequently pedigree if I dare say) or to their assigned role of protector of a homogenous (and imaginary) national identity. In both cases the location and status of national institutions of culture provides them with a special aura and value, particularly to those in charge of political governance. In today’s Bosnia, however, that ‘added value’ of legitimate culture proved to be more detrimental, especially when it does not fit well within the nationalist agenda of new political elites, and when it is burdened by administrative obstacles. One of the first problems for the National Museums is that the organisation of culture that had existed in the Socialist Republic of Bosnia-Herzegovina could not be replicated in the new administrative and political organisation of the Bosnian state that emerged in 1995 with the Dayton Peace Agreement. In the reorganisation of the new state, former republican institutions were left to face their existential problems mostly by themselves. Also, culture was placed under the jurisdiction of several administrative levels, i.e. Bosnia-Herzegovina’s entities, cantons, cities and municipalities. The second problem is that, as I mentioned above, a 128 year old museum does not fit well into the current ethnic divide. Cultural heritage, as well as (formerly) collectively-owned factories, belongs to all of us, but not to any one ethnic group in particular.

As with any change of political system, in this case the transition from state socialism to multi-party democracy, the cultural value system in place was affected. To put it simply, former institutions of the Socialist Republic of Bosnia-Herzegovina were left poorly (un)attended. The republic that administrated them disappeared and wasn’t replaced by a long term, economically, socially and politically sustainable system.

In the absence of adequate political intervention to help the Museum, the non-governmental sector intervened. The NGO Akcija initiated the campaign “I am the Museum” and in 2015 eventually, with the support of the UNDP, the US Embassy in Sarajevo and others, enabled the staff to reopen the Museum.

In September 2016, the Museum marked thus its first anniversary since the reopening. Instead of the 65 employees the Museum had in 2012, it functions today with only 45 of them. Despite colossal efforts to redress the Museum’s finances and regain its place among the public, the Museum has not been able to resolve the issue of more than a million euros of debt which has accumulated over the past years, and its future financing. As an example, in 2016 it managed to pay salaries from 2013, although only up to August 2013. The story of the Museum is thus an ongoing struggle to keep the institution above water, the infrastructure functioning with minimal investments and the willingness to reinstate its legitimacy among citizens that were less than sympathetic during its closure.

As illustrated in the example of the Museum, the key reason behind the marginalization of one large segment of culture that the Museum conserves is located in the difficulty of making it fit the present-day political (and racist) agenda of the ruling elites. It has proved impossible, at least until now, to divide museum artefacts along national lines. In any case, what kind of operation would be required to integrate Roman or Iron-Age artefacts into the three constitutional people’s narratives? However, I am not saying this is impossible. Every time we thought something to be impossible, intolerable, it somehow happened.

To return to my colleague’s war-nostalgic remark, I believe it is nothing more than a response to the desolate conditions in which culture (and life in general) is lived and produced. Because culture is the last repository of alternative thinking in Bosnia (and post-Yugoslavia in general), it contains the potential to be subversive in a period that is plagued by prejudice, apathy and fear of the future. This is why culture in Bosnia is under permanent threat. This is why we end up thinking that, as an anonymous citizen wrote on a pavement in Sarajevo last winter, that perhaps “God hates us all.” 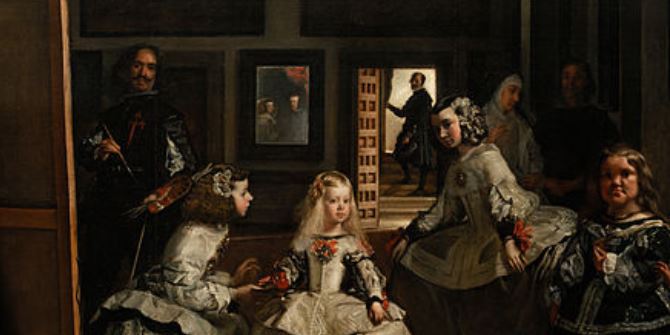 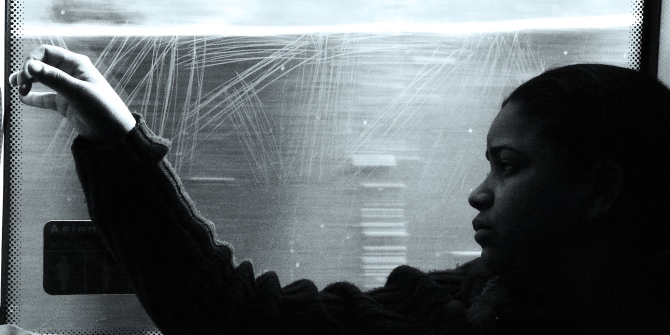 Culture and Social Change: The Role of Aesthetics