Myanmar’s Rohingya conflict is arguably the most sensitive and complex issue facing the country, both in terms of the extent of physical and social destruction, and the impact on Myanmar’s domestic reform and international standing. Over 670,000 Rohingya fled to Bangladesh in violence beginning August 2017, precipitated by militant attacks and army operations, amidst cries of ethnic cleansing and creating a massive humanitarian emergency. The scale of human suffering is mind-numbing, the reactions of Aung San Suu Kyi and the authorities often baffling, the contest over the role of the military very real, and the international ire most significant.

However, too much international commentary about this conflict is reductionist, flattening multiparty and multifaceted sociopolitical dynamics into a simple narrative of state oppression of a despised and vulnerable ethno-religious minority.

It is much more complex than this…

What are the main misunderstandings?

There are three common misconceptions in the West about this conflict:

Myanmar is comprised of a very large number of ethnic nationalities. Even at Independence, the challenge of nation-building was immense. Burman historical narratives have long sought to portray a unity between various minority nationalities (under their headship), something most of the ethnic minorities across the country feel as attempts to assimilate them culturally and politically. Such feeling is actually central to the grievances at the heart of most of the armed ethnic conflicts across the country, and is certainly true for the ethnic Rakhine.

This same Burman narrative about a political community of historically related ‘national races’, however, means that groups who largely migrated during the British colonial period, have been stigmatised and marginalised in Burmese polity since at least the rise of Gen Ne Win in 1962. The ‘national races’ narrative has thus been mobilised to paint the Rohingya as all migrants from the colonial era or later (a characterisation that is only partly true), and thus exclude them altogether.

The central issue is thus about group rights rather than individual rights, and the central issue across the state, indeed the country, is about the power relations between ethnicities and the dangerous politicisation of ethnicity as a weapon of control and exclusion. The statelessness and disenfranchisement of Rohingya as individuals is almost by-product of how they have pursued their group political rights claims, and an indicator of they are not faring well in this central dispute.

What are the characteristics and drivers?

By definition, intractable conflicts are protracted and violent, with perceived existential threats on all sides, and a widespread belief that the issues are irreconcilable. One key finding of research into intractable conflicts globally is that they usually involve, amongst other things, an irreconcilable clash of historical narratives — particularly those narratives by which group identities are defined. The clash in narratives between Israelis and Palestinians is a case in point.

Every nation and ethnic group needs a historical narrative, accounts that tell the story of the group’s past. Narratives are continually constructed and reinvented, selectively drawing on historical and sometimes mythological events, to shape group identity and social cohesion, inform inter-group relations, and give understanding to contemporary social reality. Nations and ethnicities use such narratives to propagate and justify images of themselves and ‘the Other’, and to build cultural identities. One key consequence of intractability, though, is that historical narratives become hegemonic, aimed at convincing themselves and others (especially the international community) of the past injustices committed against them — and hence the other party’s immoral actions.

And, while the Rohingya are clearly losing their political claims within Myanmar, resulting in statelessness and disenfranchisement, their persecution has led many international actors to uncritically accept their whole historical narrative as accurate, which it is not. Since historical narratives are the way all sides express contemporary grievances, fears and claims, though, dealing with the conflict must involve a re-examination of history and narratives on all sides, and finding a common middle-ground shared history.

Another useful concept for understanding this conflict is that of a ‘double minority complex’, coined to describe conflicts such as Sri Lanka, Northern Ireland, Israel-Palestine and Cyprus. From a regional and social-psychological perspective, a majority group within one country or part of a country can feel as if they are a threatened minority competing for territorial and cultural survival, if smaller local group is (or appears to be) closely linked to a populous or powerful neighbour.

The Rohingya are, without doubt, a vulnerable and threatened minority. However, many of their neighbours, the ethnic Rakhine, feel equally threatened, despite being full citizens and twice as populous. For example, the Rakhine Inquiry Commission, conducted by the Myanmar government after the 2012 violence, found that 85% of the ethnic Rakhine attributed that violence to the Rohingya efforts to take over their state. When three Nobel Peace Prize laureates’ declared in 2015 that the Rohingya faced ‘nothing less than genocide’, the Yangon Rakhine Affairs Minister responded that if ethnic cleansing was taking place, it was ethnic Rakhine who were the victims.

Such a statement illustrates that local perceptions of victim and violator are diametrically opposed to the image presented in international discourse. A large majority of Rakhine feel that their land, way of life, even their existence is under immanent threat, both from the rapidly growing Rohingya population, and the constant domination and assimilation pressure from the Burman majority. Such feelings are understandable: analysis of Burma’s Census data between 1872 and 1931 shows a clear and sustained growth in the Muslim population in northern Rakhine, from just over 20% to almost 40% of the population during that period, as the British imported labour from India to rapidly expand agricultural production, and significantly higher again until the current crisis. Thus the Rohingya and Rakhine both share similar feelings of vulnerability and existential threat, with varying degrees of legitimacy — a ‘double minority complex’.

The third concept particularly useful in analysing this conflict for peace building options is that of the ‘ethnic security dilemma’. The classic articulation of the ‘security dilemma’ suggests that the anarchical nature of the international system, in which all parties have limited knowledge of other countries’ intentions, leads nation-states to maximise their military capability to increase their security and ensure their survival. This, however, risks rapid and serious escalation. This idea was then extended to explain the disintegration of both Yugoslavia and the Soviet Union after the Cold War. The idea is that the relative anarchy of transitions within countries can amplify the risk of a security dilemma between conflicting ethnic groups.

In Myanmar, the transition to more democratic governance since the 2008 Constitution has created a high degree of uncertainty about policy going forward, including fears about local security, the authority of local officials to deal with emerging issues, and even the power of the military into the future. It has also allowed social media hate speech to flourish, and rumours to abound. In such a situation, particularly when groups have already become highly fearful of one another and the military, and largely isolated themselves for fear or threat, this theory argues that uncertainty about each other’s intentions will lead them to judge the other through the lens of history. This usually draws on the worst examples of past inter-ethnic relations, like the WWII example. Communities that are socially segregated and relatively isolated from their elite are particularly vulnerable to such rumour, fear and overreaction, and to taking measures to protect themselves.

This describes the situation in Rakhine fairly well, with a rapidly increasing sense of threat by all parties, and a growing susceptibility to rumour since 2012. Measures taken by one group to try to protect themselves have automatically been seen as threatening by other groups. The lack of any real remaining trusted lines of communication between the key groups, by which moderates might attempt to informally and peacefully gain understanding of the intentions of the other and defuse tensions, have led to very rapid escalations on both sides.

While these issues of ethnicity, identity and political relations are at the centre of the conflict, and are the issues that have led the conflict to this point, economic interests, resources and the political economy are increasingly complicating things. Despite having the lowest living standards in the country, Rakhine has extensive economic potential, creating powerful economic motives. For example, as already noted, Sittwe, the Rakhine capital, was once the largest exporter of rice in the world, but the extensive arable land does not currently produce the quality and quantity of rice attained per hectare in other regions and countries. Agricultural land will thus greatly appreciate as the ports and roads are better developed, access to rural finance increases, and the latest methods adopted. Fishing also remains underdeveloped. Extensive natural gas reserves off the coast are being developed by international companies in partnership with Burman-led national companies. Good deposits of minerals such as titanium and aluminium have also been found in the coastal sands, but are not yet being exploited. And the Maungdaw-Rathedaung coastline, with its pristine beaches, is being eyed for potential tourism development along the lines of Bangladesh’s St Martin’s Island, just 10km off the coast. There are thus many economic motives for various parties to eye land and economic advantage in northern Rakhine, hence vested interests and economic drivers to either perpetuate conflict or seek advantage from it.

It would be tempting to go on to write a description of how the international community should respond to this conflict, but alas this is beyond the scope of this blog. The main point, well-illustrated above I hope, is that Myanmar’s Rohingya conflict is often misunderstood and often poorly characterised. It is a complex and deeply historical, multi-polar, intractable conflict, driven by identity/ethnic factors complicated by emerging political economy and vested interests. Simplistic recommendations, therefore, are unlikely to help. Long-term engagement to entice and cajole all parties to work through some complex and very threatening issues is required.

Dr Anthony Ware is a Senior Lecturer in International and Community Development at Deakin University, Melbourne. He was Director of the Australia Myanmar Institute, 2013–2017, and has previously lectured at The University of Melbourne. His academic research and publications focus on international development in conflict-affected situations, and the relationship between everyday peace building and community-led local development, particularly in Myanmar. His recent research has focused primarily on the Rohingya. His latest publication, Myanmar’s ‘Rohingya’ Conflict (Hurst 2018, with Costas Laoutides), offers a detailed, analysis of this conflict, particularly exploring its multipolarity, intractability, history and underlying drivers. 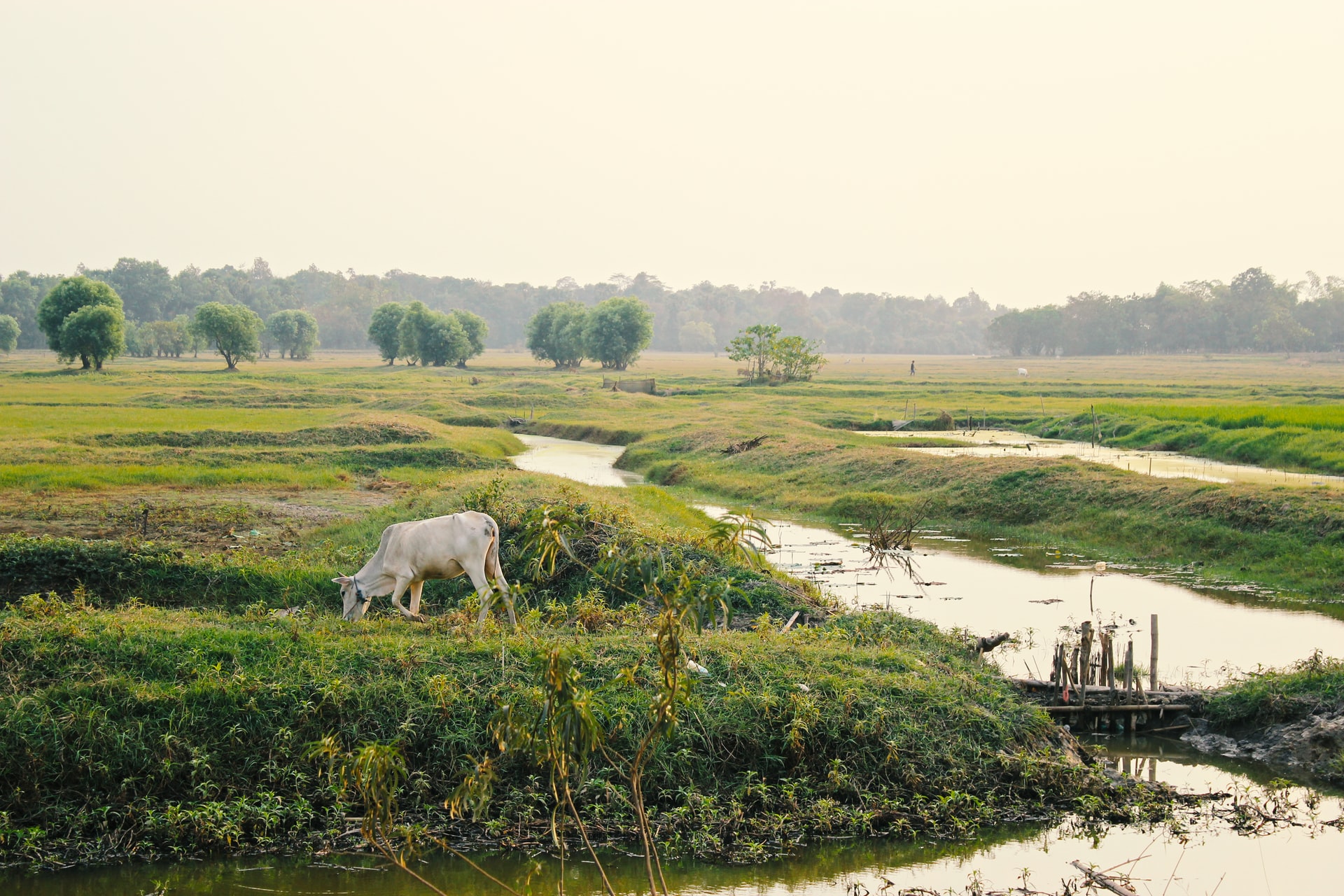 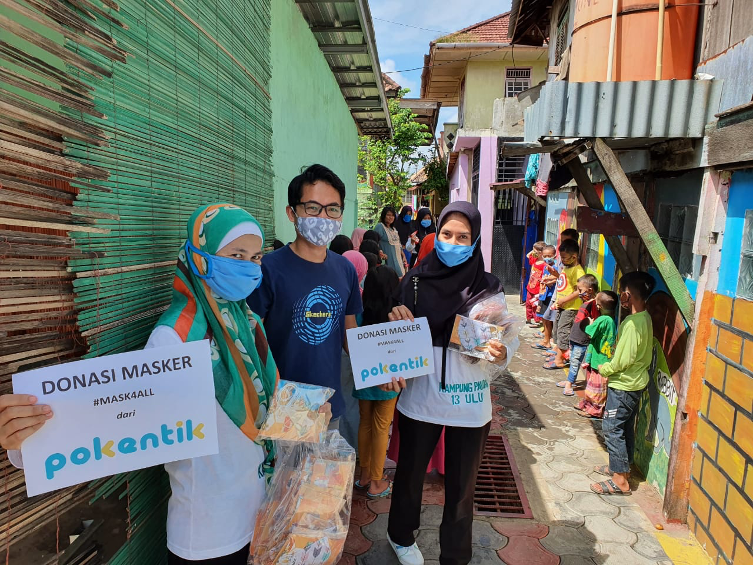 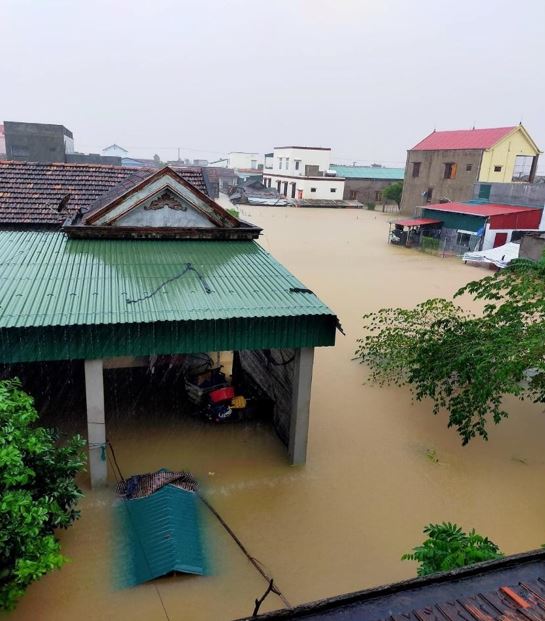 Human Rights as the Foundation of Good Governance: The Ironies of the Philippine Experience