Myanmar’s incomplete economic reforms can be attributed to three main factors: 1) the strong socialist values embedded in the state by the past political regimes; 2) the conceptualisation of successful state policies in other transition economies without consideration for the country-specific institutional limitations/conditions and 3) the historically close ties between the business groups and the state, writes Sandar Win

Following the military coup that took place on 1st February 2021, Myanmar has been facing a series of economic crises such as the falls in Myanmar currency values, cash shortages, and banking crises. The extent to which the coup had impacts on Myanmar’s economy is significantly different compared to its neighbouring country, Thailand. The latter has been home to more military coup d’états in modern history than any other country. However, the answers for these differences are difficult to find. Given that the country was under a military regime from 1962, Myanmar’s political and economic conditions received little interest from the international community. It is only in recent years that academic studies on Myanmar have emerged. As an academic who has been studying Myanmar’s financial sector reforms since 2008, I would like to explain the causes of Myanmar’s recent economic crises as the consequences of its historically incomplete economic reforms. This requires us to revisit its political and economic history.

Evolution of Myanmar’s Economic Reforms along with Political Systems

Since Myanmar gained independence from the British Government in 1948, we can observe the importance of the state in politics, society and economy. From 1948 to 2021, we can divide Myanmar’s economic systems into five phases based on its political evolution:

Phase 1 – From 1948 to 1962, Myanmar implemented a parliamentary democracy. It is a mixture of nationalism, socialism and capitalist market systems.

Phase 2 – From 1962 to 1988, a socialist government led by the military was formed. During that time, an economic treatise, ‘the Myanmar Way to Socialism’, was written as the blueprint for economic development. It reduced foreign influence and expanded the role of military in Myanmar.

Phase 3 – In 1990, Myanmar’s political and economic history took another turn when military government organised an election after a series of pro-democracy protests in 1988. The National League for Democracy (NLD) won 81% of the seats in parliament. The military nullified the election and refused to hand over power, resulting in the arrest of many political activists. Then, the military government introduced a market-oriented economic system in the first half of the 1990s. Yet, the market reform was incomplete as the state still played a predominant role in the country’s economy.

Phase 4 – In 2010, Myanmar’s economy experienced another reform along with the first democratic election in 22 years. The military-backed Union Solidarity and Development Party declared victory. The international community considered it as a historic reform, both politically and economically because this change was much of an unexpected event though there were also sceptics. Like in the 1990s, reforms for market economy were initiated. Another general election took place in 2015. This time, the NLD led by Daw Aung San Su Kyi, has won by a landslide. Then, NLD-led government designed its own economic reform agenda for market economy.

Phase 5 – In November 2020, an election took place again. . It contains several provisions which ensure that the power remains firmly in the hands of military. This includes giving the military one-quarter of the seats in the upper and lower houses of the national parliament and one-third of the seats in the state/regional parliaments. Similar to 1988, the military declared that the election was unfair, and the coup took place on 1st February 2021.

The military considered the 2021 coup was legitimate under the 2008 Constitution because it affords them the right to take power under a state of emergency. The constitution also further provides the constitutional limits on the length of emergency to 12 months, with two extensions of six months, or 24 months in total. Hence, General Min Aung Hlaing, the military chief who was in charge of the coup, stated that elections would be held and the state of emergency be lifted in August 2023. Subsequently, a caretaker government was formed. However, international communities have repeatedly questioned the coup’s legitimacy and the ability of the military to keep its promise of holding an election in 2023.

Nonetheless, the immediate effect of the coup was the exacerbation of the economic crisis that first occurred due to the COVID-19 pandemic. A spokesperson of the caretaker government (backed by the military) said it has taken full responsibility of the economic problems and was working hard to address them. Regardless, the outcomes of their policies and interventions have had negligible effects on Myanmar’s economy. Similar to the preceding political reforms, the caretaker government dropped the NLD’s economic reform roadmap and introduced their own agenda, although some commentators have accused them of having plagiarised elements from the NLD’s reform agenda.

All these recent events demonstrate that Myanmar’s transition to a market economy has again not achieved a ‘completed’ status, which eventually become barriers for policy interventions. I would like to use Myanmar’s banking sector to demonstrate how the state, business groups and the economy have become entrenched as a consequence of its successive incomplete economic reforms and created barriers for conventional economic policy interventions to be effective.

Many commentators have identified Myanmar as having state capitalism or crony capitalism. This is problematic because by doing so, we are underestimating the roles of the state and other associated members of the economy such as business groups in its economic reform process. Hence, it is important that we look beyond not only Myanmar but also other economies from different modes of capitalism. I recommend that ‘state control’ on the economy should be focused (see Figure 1).

To elaborate this further, we can look at the banking sector reform. The first liberalisation of Myanmar’s banking sector, which took place from 1990, was underpinned by the socialist values of state control that originated from the socialist government through an economic roadmap of ‘Myanmar’s Way to Socialism’ in 1962. Therefore, the state itself experienced conflicting values between promoting economic growth and funding the government’s growing expenditure when it performed reforms to signal regime change in 1990. The is because under the socialist economic system, banks were used to fund government expenditures (see Figure 1). This was reflected in the Central Bank of Myanmar’s (CBM) banking regulations, which were designed to redirect public funds to the government. Through this process, the state emulated socialist style state-owned banks by combining market-led and state-led accounting controls on private banks.

One could argue that the early stages of Myanmar’s transition to market oriented economic reform was similar to the Chinese government’s economic reforms in the late 1980s. This included establishing development banks with state affiliations to carry out the state’s economic policy objectives and fund state-affiliated businesses. However, in Myanmar, the preceding economic reforms before the military coup were associated with allowing business groups and state-affiliated companies to establish financial institutions to address funding constraints in the absence of efficient financial markets for capital mobilisation. This created barriers for economic reforms and increased the financial sector’s systemic risks. As a result, they have been elevated to extensions of existing institutions within the country and, thus, have become integral to the country’s economy. This meant any positive and adverse actions undertaken by any part of the business groups and state could create direct, systemic risks in the financial system.

For instance, in 2003, Myanmar faced a financial crisis which started due to the collapse of informal finance companies which had conducted a series of speculative investments in real estate and construction. Some Myanmar banks were exposed to these informal finance companies through lending or equity investments. It became worsened . All these banks belong to politically connected business groups. Consequently, the banking system experienced a liquidity crisis, causing bank runs and panic among the public. Three leading private banks, namely May Flower Bank, Asia Wealth Bank, and Myanmar Universal Bank, were closed in 2003. Locally, this crisis was often known as ‘2003 Myanmar Banking Crisis’.

Likewise, after the military coup in February 2021, hundreds of people went to Myawaddy Bank, which is owned by the military, to make massive cash withdrawals as a form of boycotting military businesses. This increased the risk of bank runs because Myanmar is predominantly a cash-based economy. In this blog, I am unable to provide all the causes for banking crises and reform failures. However, it is important to note that all these developments during the early stages of banking sector reforms created an entrenched relationship between the state, businesses, and banks, creating a ‘lock-in’ of a specific form of state control model in Myanmar’s banking sector. This entrenchment was exacerbated when the successive governments have been following the same process in the second wave of reform that took place along with the political reforms in 2010.

Furthermore, most of the members of the banks’ management groups, who provided strategic directions in the banks, were predominantly made up of ex-central bankers and retired government officers from the state-owned banks. In some cases, they have lobbied against certain market reforms such as entries of foreign banks. This was evident in the lack of foreign banks not being allowed to provide loans to local businesses until 2018. Another ineffectiveness of government interventions can also be observed from its efforts at currency stabilisation after the military coup. In September 2021, Myanmar Kyat (official currency) lost 60% of its value. CBM sold millions of foreign dollar reserves to control the devaluation of Myanmar Kyat. However, this intervention had limited effectiveness mainly due to the lack of public trust in the government institutions and the limited collaboration by businesses and economic actors with the newly formed caretaker government.

All in all, Myanmar is a great example to demonstrate how institutional change can be an irreversible historical process because pre-existing institutions are sticky. They resulted from the sustained entanglements between political and economic actors that have been developed in every economic reform that accompanied with political reforms. Likewise, it is hard to determine the future of Myanmar’s economy after the military coup because of the interconnectedness between the military, political parties, and economic institutions (in addition to other political challenges). Thus, in both developed and developing countries, even if political actors seek major reforms, it is hard to pre-determine the likelihood of major institutional convergence or divergence. These will, in turn, create significant barriers if conventional economic policies prevalent under the state, crony and market capitalisms are implemented without consideration of a country’s unique political and economic history.

Win, S., & Kofinas, A. K. (2019). Reflecting and Integrating the Contextual Influences of Ambiguities and Institutional Power in Organisational Research Design: A Case of Myanmar. Management and Organization Review, 15(2), 341-370.

Win, S., & Kofinas, A. (2021). A historical institutionalist perspective on the persistence of state controls during financial sector reforms: the insightful case of Myanmar. Journal of Accounting in Emerging Economies, 11(1).

This article is broadly based on the author’s co-authored paper ‘A historical institutionalist perspective on the persistence of state controls during financial sector reforms: the insightful case of Myanmar’ (Win and Kofinas, 2021). She examined how the evolutions of political developments and changes in the political regimes affected Myanmar’s economic reforms. The research was completed through her engagements with political and economic reformers, representatives from governmental and non-governmental organisations, financial institutions, and marginalised communities from 2008 to 2016.

Dr. Sandar Win is an Associate Professor in the School of Economics, Finance and Accounting at Coventry University. Her research focuses on understanding the interaction between the economy and the state, and economic transformations, in both comparative and international perspective. She has engaged with governmental and non-governmental organisations in the UK and other developing countries such as Indonesia, Myanmar, Vietnam and Bangladesh. 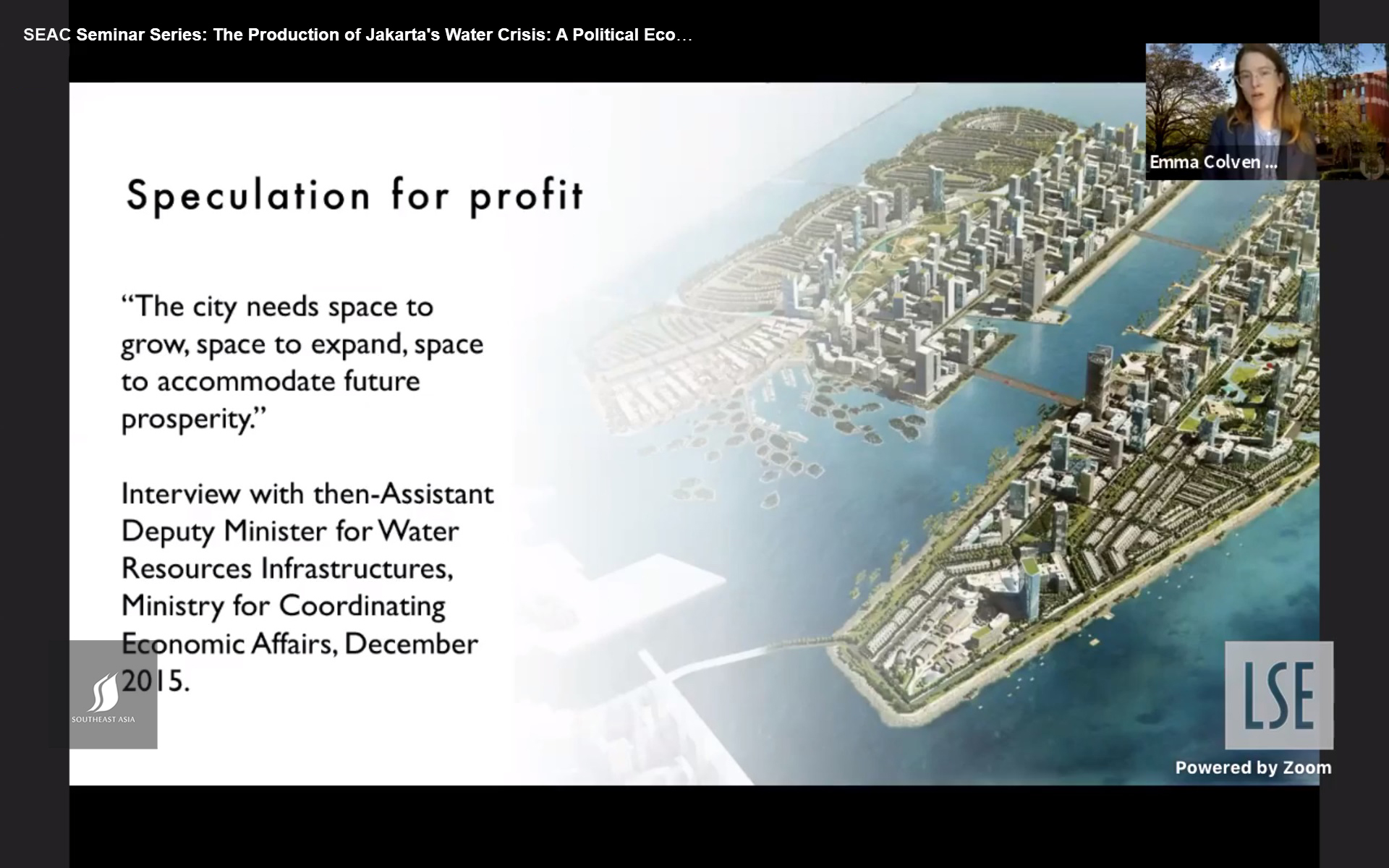 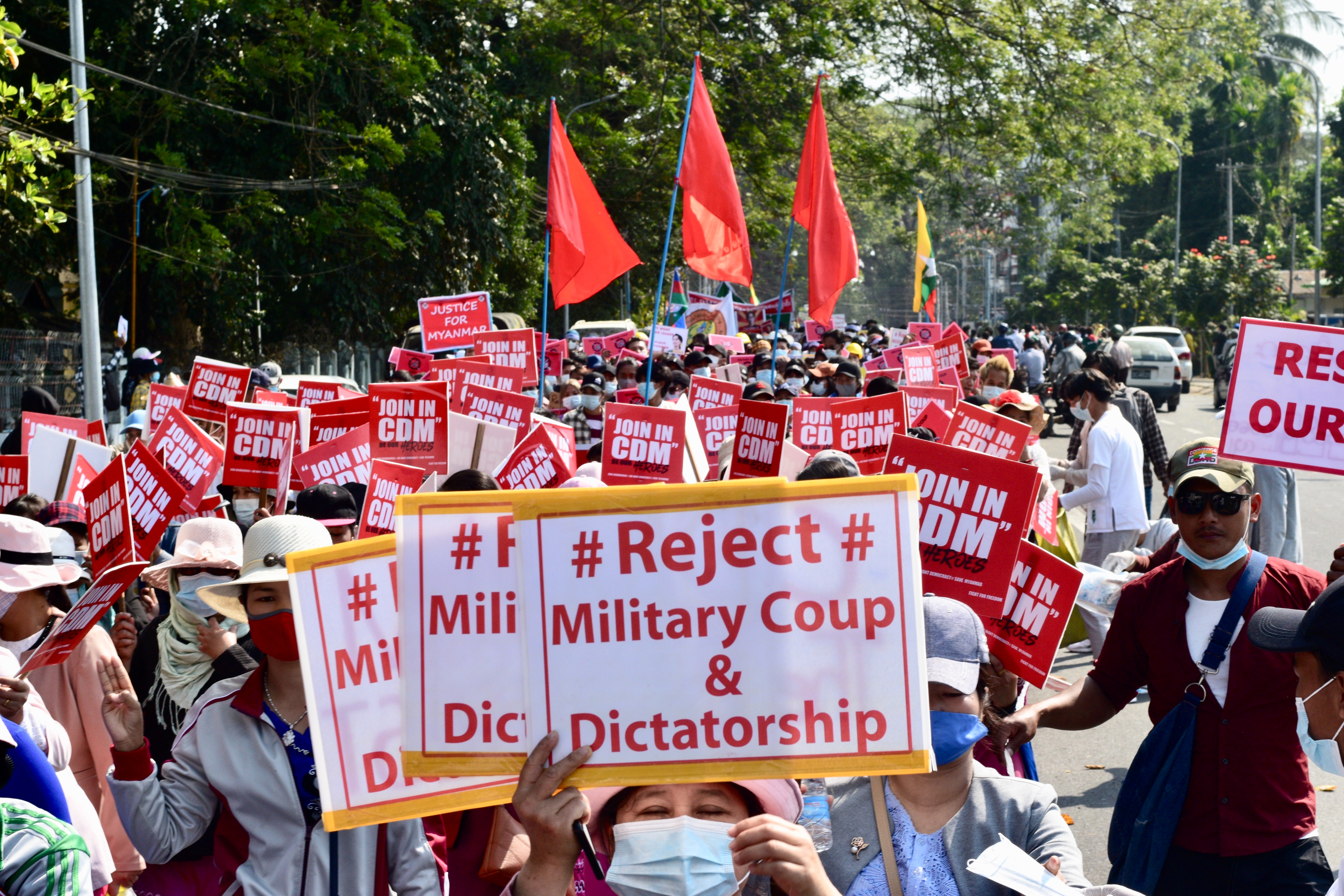 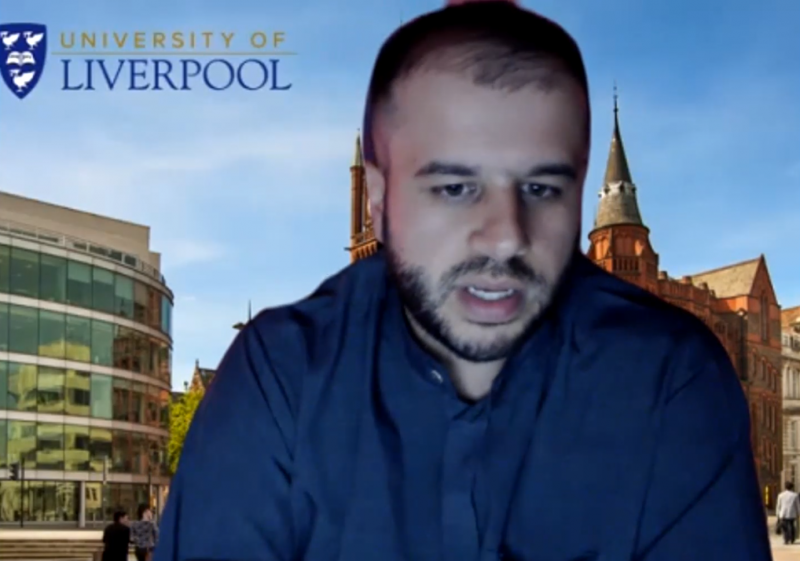