The Legatum Institute’s 2012 Prosperity Index reveals that Indians are the least likely people in the world to help strangers, and this weak social capital could be affecting the country’s overall prosperity, writes Hemal Shah.

There has been no shortage of bad news stories coming out of India recently—ceaseless corruption, dwindling economic indicators, fraught calls for governance and economic reforms. The Legatum Institute’s 2012 Prosperity Index, which was released on Tuesday, compounds these, not only reflecting India’s economic and governance woes but also giving it poor marks – amongst the worst in the world – on its ‘social capital’ performance.

The Index is the only assessment of material wealth and wellbeing that ranks countries globally according to their performance across eight relevant sub-indices. Covering 142 countries this year, it accounts for 96 per cent of the world’s population and 99 per cent of global gross domestic product. According to the Index’s 2012 rankings, India stood at 101 out of 142 countries.

On four of the eight sub-indexes, India’s performance has improved since 2011. Personal Freedom in India has risen, reflecting increased tolerance towards minorities and more civil liberties—the nation-wide anti-corruption protests led by Anna Hazare last year immediately come to mind. The Index data also show that 91 per cent of Indians believe that working hard would get them ahead, reflecting their improved score on the Entrepreneurship and Opportunity sub-index. Variables such as increased usage of mobile phones and internet also likely attributed to the improvement on this sub-index. India also scored better on the Health and Safety and Security sub-indices, while its performance on Education has been the same.

Here’s the bad news: India’s score on the Economy sub-index has dropped by almost 20 per cent since last year, and 40 per cent since 2009. Unsurprisingly, the score for Governance has dropped by a whopping 70 per cent, slipping eight places down the rankings from 2011. Remarking on India’s performance, Nathan Gamester, the Programme Director for the Prosperity Index, says: “There are some worrying signs for India in this year’s Prosperity Index. While India performs best in measures of Governance, it has experienced a drop in this area since last year due, in part, to decreasing levels of government approval among citizens.”

More worrying is the fact that India ranks 138 on the Social Capital measure of the Index—the fifth-worst country globally, beating out only Burundi, Georgia, Benin, and Togo. The country’s score has fallen by almost 30 per cent since last year and 40 per cent in the last four years. This is worrying for several reasons.

“Social Capital is a reflection of the strength and cohesion of a society,” explains Gamester. “When societies are well-connected and highly trusting, the benefits spill over into many other parts of life, including the economy. India’s low ranking on this measure is a worrying sign for India’s future development.”

According to the Index’s working definition, Social Capital is the accumulation of beneﬁts accrued by a society whose citizenry is interconnected, trusting, and who engage in altruistic and charitable behaviour. The Index captures social capital performance through a number of variables that measure factors such as donations to charity, volunteering, levels of trust in society, and the willingness to help strangers. Notably, Indians show the least likelihood in the world to help strangers (this measure has worsened by more than 50 per cent since last year).

However, the Index authors do acknowledge the fact that a country as diverse as India has large differences within the country. If different Indian states are considered as countries, interesting insights follow: Gujarat and Uttarakhand have the highest social capital scores in India and would rank fifteenth and eighteenth globally, next to Germany and Belgium, respectively. In Gujarat, 77 per cent of respondents could rely on friends and family for help and 51 per cent have donated money to a charity. In Uttarakhand, 52 per cent of the respondents have volunteered their time and 71 per cent have helped a stranger. Conversely, on similar measures, Punjab and Madhya Pradesh would rank at the bottom of the social capital sub-index after Togo and Benin.

Ultimately, the Prosperity Index is an important tool to highlight the importance of subjective data, such as social capital, that most other measures of wealth fail to capture. It is also important to remember that prosperity may mean different things to different people; for example, happiness and social networks may mean more to some people than economic wealth. Given this, the Index allows the unique opportunity for users to assign different weights to its sub-indices to assess relative prosperity. In the current hubbub about economic and governance reforms in India, the results from the Index serve as an alarming reminder of India’s worsening social institutions, and their crucial role in determining India’s overall prosperity.

For more information on the Prosperity Index, please visit www.prosperity.com. India’s prosperity profile can be viewed here, and detailed data are available to download here.

Hemal Shah is a public policy researcher at the Legatum Institute, a London-based think tank. She completed her Masters in Development Studies from LSE in 2010, and tweets at @hemalshah_7.

Posted In: Economy | Society and Culture 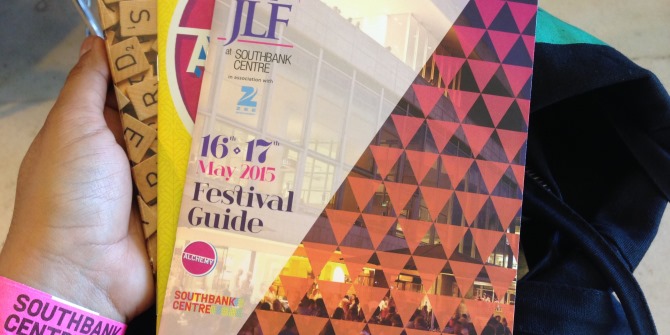