LSE’s Catherine Campbell asks whether more psychiatrists and psychologists can improve mental health when emotional distress is caused by economic or social disruption.

There is growing reference to a global epidemic of mental illness. According to statistics compiled by the World Health Organisation, one in four people worldwide suffer from mental health issues, including those stemming from neurological problems and substance abuse. India’s National Institute of Mental Health and Neurosciences (Nimhans) records more than 450,000 mental health patients each year. In low- and middle-income countries, between 75 per cent and 90 per cent of people with mental disorders are said not to receive medical treatment. In India, this is owing to a combination of resource constraints – India currently spends 3 per cent of the total health budget to treat mental illness, while other developing countries allocate up to 13 per cent for the purpose – poor policymaking, and socio-cultural responses to mental disorders.

Under the banner of the Movement for Global Mental health, a group of psychiatrists and mental health professionals are drawing attention to what they call the mental health ‘treatment gap’ in low- and middle-income countries and calling for an extension of psychological and psychiatric treatment services worldwide.

But does the world we really need more psychiatrists? Can psychiatry or individual psychology really advance mental health in settings where emotional distress is caused by factors such as poverty, conflict and gender inequality? Is this drive to diagnose the emotional damage caused by social inequalities and conflict as ‘individual illness’ an intervention with genuine potential to reduce suffering? Or does it simply serve to mask the health-damaging effects of social inequalities and economic stress, drawing attention away for the need for radical economic and social change, and opening up markets for western health services and pharmaceutical drugs?

These questions are central to a special edition of Transcultural Psychiatry co-edited by Rochelle Burgess and myself of the Health, Community and Development Group at the LSE’s Institute of Social Psychology. Pulling in a range of local and international contributors, the special issue questions the growing tendency to medicalise peoples’ responses to life problems such as unemployment or social displacement after conflict. Contributors argue that labelling normal distress as illness may unintentionally send out an unhelpful message to distressed individuals that they are personally at fault (due to individual weakness) rather than victims of unbearably difficult social settings, undermining the likelihood that affected people will work together to tackle the negative social circumstances that place their health at risk.

So-called ‘humanitarian’ mental health interventions are often driven by political interests rather than a genuine and long-lasting commitment to social reconstruction. In non-western settings, imposition of western psychiatric categories and treatment modalities in very different cultures – in the absence of involvement of affected communities in helping to define how best to define and respond to mental distress – may have the unintended consequence of disempowering local support structures and undermining non-western understandings of how best to understand and support the mentally ill.

The special issue argues that recognition of the limitations of western psychiatric understandings of mental illness is vital if the Global Movement is to achieve its aims of improved global mental health. In the introduction to the issue, authored by Burgess and myself, we emphasise the need to work closely with affected communities and promote community participation for improved mental health. India has already adopted this approach—the National Mental Health Program (NMHP) was initiated in 1982 with the objective of promoting community participation and accessible mental health services, and in November, Nimhans announced a new initiative to collect community-based data on mental health disorders.

There are three justiﬁcations for community participation in health programmes. The ﬁrst relates to the growing emphasis on ‘‘task shifting’’ by the Movement and in global health more generally. Lay volunteers and low-level paid health workers have a central role to play in delivering expanded services in resource-poor contexts with few trained personnel. Secondly, community participation increases the reach of services, with community members often best able to identify and support members of particularly vulnerable groups who are least able to access and use services.

Thirdly, community participation is essential for developing health-enabling community contexts that support the possibility of eﬀective prevention, care, treatment and local advocacy. There is growing evidence for the direct and indirect health-enhancing impacts of positive local participation in informal or formal networks related to friendship, leisure, spiritual faith, community activism and so on, as well as health-oriented projects.

Directly, social participation can lead to beneﬁts such as increased access to information about health problems and how best to avoid or respond to them, better access to practical, emotional and material support for the ill and the conﬁdence to cope with or challenge social stigma. Indirectly, social participation may be associated with various forms of empowerment (e.g., increased income generation opportunities, enhanced social recognition, opportunities for community activism), which may also increase opportunities for health, both at the individual and the collective levels.

To date, eﬀorts to promote community participation for improved mental health have been fraught with complexity. A case study in India, which has sound pro-community mental health policies, highlighted the absence of community participation in a community mental health programme, which involved nothing more than the transport of psychiatrists to remote areas to prescribe psycho-tropic drugs to queues of patients. Facing the embeddedness of mental illness in intractable socio-economic problems, and equipped with professional training that oﬀered few ways to engage with local cultural idioms of suffering, interaction with community members took the form of psychiatrist monologues about drug compliance. Nearby Hindu and Muslim shrines were more responsive, oﬀering patients a more accessible framework for understanding and responding to their distress.

Mental health interventions are most likely to resonate with communities’ own understandings of their needs and interests when they rest on a research base which takes full account of local understandings and responses to mental illness, and where diagnostic categories and treatment plans recognise and engage with the agency, resilience and worldviews of target communities—with communities seen as partners with service providers rather than as passive beneﬁciaries of services. With this in mind, psychiatry and psychology may sometimes seem blunt tools in the face of complex social realities.

Professor Catherine Campbell is the Director of LSE’s Health, Community and Development programme. 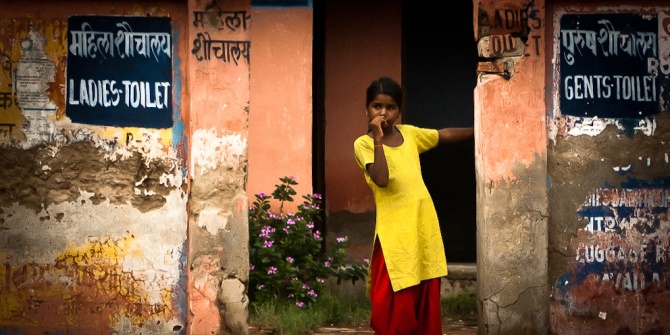 The burden of maternal healthcare expenditure in India 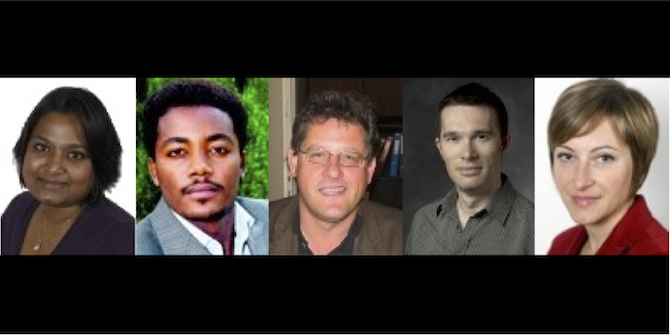