Why is economic growth across Indian states uneven?

Why is economic growth across Indian states uneven?

Sanghamitra Bandyopadhyay finds that India’s GDP growth has been fuelled by isolated sectors of the economy concentrated in a few states.

Economic development is often an uneven process. The existence of global inequality bears evidence to the unequal rates of development in different parts of the world: countries such as Brazil, China, South Africa Vietnam and Sri Lanka have developed much faster than India, Pakistan and Uganda over the past 50 years. It is therefore not surprising that development within countries is also uneven, both in developed and developing countries.

India’s regional development has been particularly uneven, even by developing country standards. Since the 1960s, India’s regional growth performance has been polarised, characterised by a high-income club and a low-income club. The rich club constitutes states such as Gujarat, Maharashtra, Punjab and Haryana, with the more recent additions of Tamil Nadu and Karnataka. The low-income club includes Orissa, Bihar, Rajasthan, Madhya Pradesh and Uttar Pradesh, amongst others. Worryingly, the composition of these clubs has remained largely unchanged over the last four decades.

There is also another ‘mobile’ group of middle-income states that have gone in and out of fortune. For example, West Bengal was a rich state in the 1960s, but went into decline in the 1970s and 1980s. On the other hand, Tamil Nadu has seen persistent improvement in living standards and today counts as a rich state.

Attempts to understand this uneven growth performance have occupied a large socio-economic literature, with explanations varying from the nature of the state to planning and development, fiscal federalism, the tax system, investment, education and infrastructure, to name a few. But for a given growth engine, the international experience has revealed a particular spatial pattern: countries (such as those in the European Union) and regions within countries (for example, within the US, UK, Japan and China) have shown patterns of development whereby economic growth “spills over” into contiguous regions.

It’s easy to see how this occurs. Producing regions connect to their sources of inputs and markets through roads and railways. Subsidiary industries connected to the main industry also set up in the same region for ease of transportation, and thus a whole set of industries emerge in one hub. This is not quite industrial concentration, but more the spatial concentration of economic activity.

Recent studies reveal that India, unusually, does not show any evidence of a ‘neighbours’ effect’. In other words, a spillover effect does not explain why certain sets of Indian states cluster to form either rich or poor clubs. However, individually assessing each state in each club explains this anomaly.

For the rich club, the states of Gujarat and Maharashtra on India’s west coast are industrially driven and most of their products are exported. Punjab and Haryana, on the other hand, are India’s ‘bread basket’, producing more than 50 per cent of India’s rice and wheat. Agriculturally driven, these two states are contiguous to Gujarat and Maharashtra but do not bear any economic linkages through which ‘spillover’ might occur. Gujarat and Maharashtra are also industrially different: Gujarat produces textiles and machine parts, while Maharashtra focuses on automobiles, aerospace and farm equipment. On the basis of these four states alone (being partially contiguous western states) one can easily explain why there has been no ‘neighbours’ effect’ for the rich states’ club. Their industries do not mutually benefit each other and are not dependent on each other.

Of recent, some South Indian states have entered the rich states’ club—notably Tamil Nadu, on the south-east coast. It is not contiguous with the other rich states, but like the other four, is based on manufacturing, particularly ship building. There are, however, no geographical linkages with either Gujarat or Maharashtra. Karnataka in the south-west has also developed an independent growth engine of consulting in finance and information technology for the international market, but demonstrates little connectivity with other regional industries.

States in the poorer club – including Uttar Pradesh (north, sub-Himalayan), Rajasthan (far-west, desert), Madhya Pradesh (centre, arid plateau), Bihar and Orissa (contiguous states in the north-east) and sub-Himalayan states in the far-east – have some agricultural activity, but their contribution to the national GDP is minimal. Clearly, with no engine of growth, there is no economic mechanism by which these states can connect and benefit from a spillover effect.

This scenario has worrying implications for India’s economic growth and regional development. While India has experienced unprecedentedly high GDP growth rates for the past 15 years, growth seems to have been fuelled from a few sectors of the Indian economy, and even worse, only a few states. India’s growth hubs are not connected with each other—either geographically or via a particular engine of growth. With only a handful of growth hubs with no spillover effects, the distribution of employment across the states is highly skewed, leaving pockets of poverty in the poorer states.

For more information on this topic, see Bandyopadhyay, S: “Convergence Clubs in Incomes across Indian States: Is There Evidence of a Neighbours’ Effect?”, Economics Letters, 116, 565-570, 2012.

Dr Sanghamitra Bandyopadhyay is a Research Associate at STICERD at LSE and Lecturer in Economics at Queen Mary, University of London. 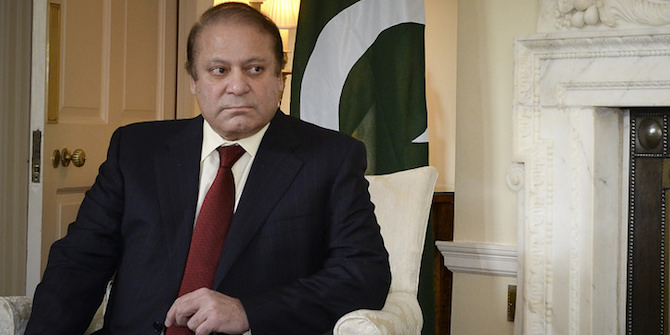 Bad Behavior has blocked 3643 access attempts in the last 7 days.