Why inequality in India is on the rise

Why inequality in India is on the rise

The rise in global inequality is big news in both popular and academic literature. Much of the economic literature attributes this to the fast growth of rich nations and the relative slower growth of poorer nations.

A similar picture describes India. It is a well-established middle-income country in terms of its gross GDP: at US$1.95 trillion in 2012, India is the tenth richest country in the world. The country is also macroeconomically robust, having maintained moderately stable fiscal and monetary bases since 1950. The recent financial crises in the West hardly had an impact on its economy, apart from a drop in demand for its exports. India is also contending for a permanent seat in the United Nations and is home to one of the finest cricket teams in the world.

However, India’s income per capita ranks at 149 in the world, and the country is home to the largest number of poor in the world. Using the most parsimonious definition of the poverty line, there are at least 300 million extreme poor in India (living on less than a dollar a day), and more than 500 million if a broader definition of the poverty line is used. Malnutrition in the state of Gujarat, one of the richest states, is worse than the average level of malnutrition in sub-Saharan Africa. In 2010 the UN recorded one maternal death at childbirth every ten minutes in India, with a maternal mortality rate higher than that of Sudan, Ethiopia and Bangladesh. Infant mortality in the state of Madhya Pradesh, one of the poorest states, is higher than in Senegal or Eritrea. Individual income inequality measured by the Gini index has also consistently risen, at 39.9 per cent in 2011.

The Indian growth-inequality paradox is easy to pin down—the wealth that India creates is not evenly redistributed. This lies at the root of India’s rising inequality.

Recent research suggests a further characteristic: the polarisation of incomes across Indian states into two distinct clubs of rich states and poor states, with these clubs moving apart from each other. The rich states’ club includes Gujarat, Maharashtra, Punjab and Haryana with the more recent additions of Tamil Nadu and Karnataka. The poor states’ club comprises Orissa, Bihar, Rajasthan, Madhya Pradesh, Uttar Pradesh and some sub-Himalayan states in the east. There has been little variation in the composition of these clubs over time.

But there’s more to Indian inequality than club persistence and the resulting economic polarisation. States such as West Bengal have experienced mixed fortunes: it was rich in the 1960s, but succumbed to the industrial stagnation of the 1970s and only picked up in the late 1990s. States in the south such as Andhra Pradesh and Kerala have also become richer in the 2000s.

What then explains the rise in inequality? State infrastructure is found to be a major determinant of whether one belongs to the rich club or the poor club. Infrastructure defined broadly consists of road and railway networks, electrification of towns and villages, power supply to industries, primary- and secondary-level education enrolment, literacy rates and hospitals. The extent of state development expenditure is also found to be strongly associated with determining whether a state belongs to a rich or poor club.

In addition, the state’s macroeconomic health matters a lot, though with mixed outcomes. High fiscal deficits and debt bills are found to characterise all the rich states, a characteristic that also plagues many developed countries. A growing part of the debt incurred is from interest for loans drawn by the state to fund state expenditures. The medium-term fiscal stress incurred by the rich states has taken its toll on some states’ expenditures (namely Punjab and Gujarat). For the poor states, the size of both the fiscal deficit and debt is smaller, simply owing to the fact that the size of spending is smaller. But as a percentage of their state GDP the debt is comparable to that of the rich states.

In sum, we see a picture akin to deficit and debt patterns in today’s crisis-ridden Europe: richer countries (states) have larger fiscal deficits and debt burdens compared to less rich countries (states), and the less rich countries (states) have fewer instruments at their behest to support their deficit/debt by themselves. The same policy prescription, therefore, holds to pull poor Indian states out of poverty—for the Indian federal government to provide a wider range of fiscal and monetary instruments to them, such that they can continue to spend and grow.

The causal mechanisms that drive rich and poor states apart are therefore straightforward: a lack of infrastructural investment and poor fiscal management. These problems can be easily rectified by the Indian federal state. Sadly, the rise in inequality in India is not big enough news yet. But if the state does not act immediately to uplift the poor, increasing economic polarisation could spur social unrest.

See the following articles for more information on this topic:

Dr Sanghamitra Bandyopadhyay is a Research Associate at STICERD at LSE and Lecturer in Economics at Queen Mary, University of London.

“The India growth story is still credible, but not inevitable” – Dr Duvvuri Subbarao 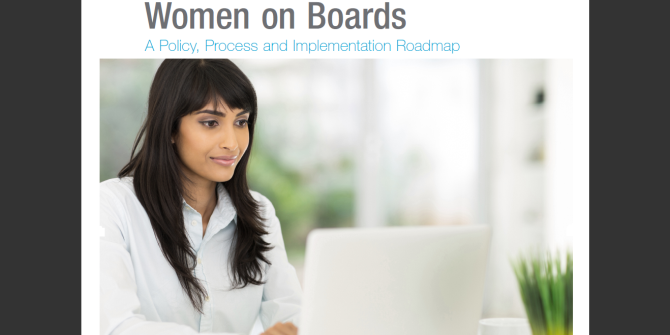 Bad Behavior has blocked 948 access attempts in the last 7 days.