Improving the efficiency of resource allocation is a central theme in economic development. In the case of land, institutions introduced (or strengthened) by colonial powers frequently led to a significant concentration of land ownership and significant elite capture of policymaking. In conjunction with imperfections in other key markets (e.g., the market for credit), these inequalities continue to constrain long-run economic growth and, in particular, the transfer of land towards high return activities. As increasing demand for land from the industrial sector has clashed with often inefficient inherited institutions in many countries, most notably India and China, intense debates have emerged around whether and how governments should regulate the terms on which land can be acquired from landowners and tenants.

In most cases, land reform, when implemented, is partial: agricultural tenants or others that work land receive incomplete property rights. Examining the long-run impact of existing land reform policies in specific contexts can thus provide important insights on the potential welfare implications of policies that seek to promote efficient land use. In this spirit, this paper, “The Regulation of Land Markets: Evidence from Tenancy Reform in India”, studies the long-run impact of tenancy reforms in India which, following Independence, witnessed a wave of state-level reforms. Of our four sample states, Kerala prohibited tenancy while Karnataka and part of Andhra only allowed it in limited cases. Tamil Nadu and the Andhra area of Andhra Pradesh placed no restrictions on future tenancy. However, even in the last case provisions on maximum rent and tenants’ rights to purchase land disincentivised tenancy arrangements

Theoretically, landlords can choose between different ways of exploiting their land to generate a return, including selling land and investing in other assets. The attractiveness of operating land when tenants have stronger user rights depends on the extent to which landlords can extract returns from doing so, while the ability to sell land depends on the capital market opportunities of potential owner-cultivators. Tenancy reforms make renting out land less attractive to landlords. We, therefore, expect less use of tenancy and more land sales. This will lead, in turn, to a change in the distribution of land ownership as well as increased labour demand and hence increased agricultural wages.

Tracing through these equilibrium effects complicates the overall welfare impact. Those cultivators who remain as tenants will gain, but marginal tenants will lose out as they become landless labourers. However, their opportunities in the labour market should improve. Households with better capital market opportunities are more likely to end up as owner-cultivators. These are the predictions that we bring to the data.

We also examine whether the impact of tenancy reform varies with households’ (likely) land ownership status prior to the reform. Here, we exploit the fact that, on average, a household’s caste is a historical predictor of its land ownership status: at independence, India’s land ownership structure largely mirrored the hierarchical social structure defined by the Hindu caste system. The large landowners typically came from the upper castes. The middle and lower castes were peasants who typically worked as tenants on reasonable-sized plots (often grouped as Other Backward Castes (OBCs)) while the lowest castes and tribal households (grouped as Scheduled Castes and Tribes (SC/ST)) were agricultural labourers or sharecroppers with weak tenancy rights.

To capture the impact of this in theory, we develop a model which features landowners lacking skill to farm land directly and thus choosing whether to sell or rent their land. We consider the impact of a reform which allows tenants to capture a larger fraction of the surplus generated by land. While this makes tenants better off, landowners may choose to sell more land and this can have an effect on patterns of land ownership, labour demand and wages. We present three sets of findings. First, we examine the impact of tenancy reform on land inequality. Second, we evaluate the impact by caste sub-group. Third, we examine labour supply and wage outcomes.

Our results show that tenancy reform did produce significant and highly persistent shifts in land distribution and reduce land inequality within villages, predominantly by transferring land from upper-caste landowners to middle-caste tenants. However, the benefits of reform were lopsided and favoured relatively wealthier tenants, while SC/ST households saw a decrease in land holdings and generally became more reliant on agricultural labour.

On the other hand, we document a substantial increase in agricultural wages, due to an increase in demand for hired labour from large landholders no longer relying on tenants, a shift in the labour supply curve, or both. However, this was not sufficient to counterbalance the negative effects of increased landlessness for scheduled caste households, on average the poorest groups in these rural communities. We estimate that the net impact of tenancy reform on the welfare of the SC/ST group as measured by assets owned to be negative. Thus, while the welfare impacts of tenancy reforms are substantial and long-lasting, their impact is heterogeneous between types of cultivators.

The question of how best to regulate the land market is still a pressing one in many developing economies. It is essential to understand in detail, as we have done here, the equilibrium responses to reform and the way that these responses create winners and losers. This can only be done by employing a sufficiently long time horizon over which the full effects of reform become visible.

In a broad sense, our findings offer a stark reminder of the hazards of piecemeal policy reform in a second-best world. For example, if tenancy persists in part due to a lack of credit market opportunities to become an owner-cultivator, then increasing the power of tenants may result in some tenants being forced to become landless labourers. However, whether these former tenants are in fact worse off will also depend on the strength of factor market equilibrium responses, primarily the wage response. Asset data suggests that, at least in our context, the wage response was unable to sufficiently compensate the SC/ST households. The complexity of factor market responses should contribute to a recognition by policymakers that, while short-run political imperatives may provide the impetus for reform, the long-run economic changes are what matter for development. 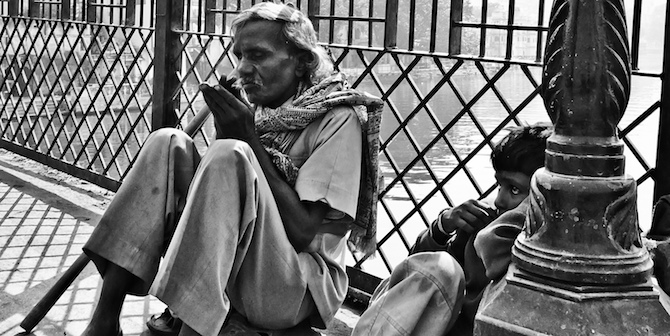