Earlier this month, Indian Railways celebrated its 160th anniversary. The first passenger train set off on 16 April 1853 from Mumbai to Thane, 34 kilometres away. Here, Latika Chaudhary and Dan Bogart analyse the economic role of railways in British India. This is the first of two blogs on public goods provision in colonial India.

Railways were the most important infrastructure development in India from 1850 to 1947. In terms of the economy, railways played a major role in integrating markets and increasing trade. In terms of politics, railways shaped the finances of the colonial government and the Princely States. At the same time, Indian political institutions influenced railway ownership and policy, which in turn influenced railway performance. As the twentieth century progressed, railways became a force for independence and democracy.

The Government of India had a strong influence on railways from the beginning, but the government’s role increased over time. Railways were partially nationalised between 1880 and 1908 as the Government of India assumed a majority ownership stake in the former guaranteed railway companies. Dividend guarantees were a key feature of the early era of private ownership before 1880. We argue that guarantees weakened incentives to lower costs, but they also encouraged rapid railway development. Complete nationalisation occurred between 1924 and 1947 as the colonial government assumed full control over operations.

The performance of Indian railways can be classified into two periods: pre-1920 and post-1920. There was a trend to higher output, productivity, and profits between 1850 and 1919, but after 1920 there was a leveling off.

There is also clear evidence that railways increased market integration and raised incomes, but the magnitude of the effect and the precise mechanisms are still in doubt. This post asks whether railways could have done more to aid Indian economic development.

Traffic developed slowly in the first decade of railway operations, but the subsequent increase in traffic surprised even official estimates. In the absence of comparable substitutes, Indians used railways to transport goods and people leading to price convergence and market integration across different regions of India. The questions are whether the introduction of railways increased market integration and price convergence, and also whether railways substantially increased income.

A large body of research has examined the effects of railways on price convergence. Hurd (1975) compared average prices and standard deviations of prices across railway and non-railways districts. In railway districts, prices were less dispersed and closer to the mean as compared to non-railway districts. McAlpin (1974) found that prices of both food and non-food crops converged as railway development expanded. However, Andrabi and Kuehlwein (2010) imply that railways can explain only 20 per cent of the overall 60 per cent decrease in price dispersion between the 1860s and 1900s. They conclude that the effects of railways on market integration are over-stated. Meanwhile, in an innovative study Donaldson (2012) shows that inter-district price differences in salt are equal to trade costs because salt is produced in only one district and consumed in many other districts. He then empirically measures trade costs and finds the arrival of railways significantly reduced trade costs as well as that railroads significantly increased trade flows.

The different conclusions partly stem from the commodity being studied. Grain was a more important good than salt in terms of total value, but it was not always traded between regions even after railways entered. The conclusions may also differ because there is a missing variable in both analyses: the freight rates charged by railways in each market. Data from the Administration Reports show that freight rates differed across commodities, with special rates sometimes being offered on grain or coal. Overall, more research is needed to understand how railways influenced markets incorporating the role of freight rates and different goods and factors of production.

Historians have long argued that national income would have been far smaller in most countries if railways had never been introduced. Hurd was the first to make a social savings calculation for Indian railways. He assumed that without railways freight rates would have been between 80 and 90 per cent higher based on the observed differences between rail freight rates and those for bullock carts during the mid-nineteenth century. Using the volume of freight traffic in 1900, Hurd estimated the social savings to be Rs.1.2 billion or nine per cent of national income. The estimated social savings of railways are large considering real GDP increased by around 50 per cent from 1870 to 1913.

Why did railways have a relatively large impact in India? We think there are two reasons. First, railways were far superior to the existing transport technology in India. Bullock carts were not an effective substitute to railways and India did not have an extensive inland waterway network. Second, Indian railways experienced high levels of total-factor productivity (TFP) growth after they were constructed. The social savings of any technological innovation is partly due to improvements in efficiency after the original breakthrough. According to our estimates the high level of railway TFP growth accounts for over 13 per cent of all national income per capita growth from 1874 to 1912.

The social savings methodology provides a powerful and simple tool, but it has some problems. First, it is not clear what the price of road or water transport would have been in the absence of railways. Congestion would have increased on roads and rivers with the increased traffic volume. The cost of using alternative transport modes is arguably underestimated in most cases as a result. Second, the social savings calculation omits spillovers. In theory, railways should increase demand for iron and steel and increase competition in manufacturing. They also contribute to agglomeration of economic activity, like the emergence of cities.

In spite of these critiques, there are reasons to doubt the importance of spillovers in the Indian case. Most iron and steel imports came from Britain and thus backward linkages of this kind had a limited effect. The manufacturing sector was small as well, so forward linkages were weaker. Indian cities also remained quite small well into the twentieth century.

It appears that railways’ primary impact in the Indian economy was to increase inter-regional and international trade. But this raises a different question. Why didn’t railways do more, such as spurring a higher rate of economic growth? Some scholars blame colonial policy. The Indian government paid a lot of attention to profits and freight rates were perhaps not set at the socially optimal level. There is also criticism that passenger services were given insufficient attention. Fares were quite high considering income levels in India. For example, the Robertson Report (1903) argued that Indian fares and rates should be one-sixth of English fares when in fact they averaged between one-third to two-third. Improvements in quality were also ignored at times. Ultimately, it seems the railways could have done more to aid Indian economic development.

For more information on this topic, see the working paper, “Railways in Colonial India: An Economic Achievement?”

Click here for a related blog on education in British India.

Latika Chaudhary is an Assistant Professor of Economics at Scripps College. She recently delivered the 2013 Epstein Lecture at LSE’s Department of Economic History.

Dan Bogart is an Associate Professor at UC Irvine. 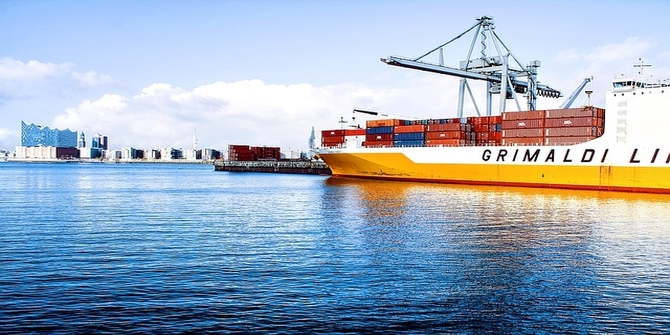 Bad Behavior has blocked 2028 access attempts in the last 7 days.