Sudeep Basu argues that in order to characterise how Tibetan refugees deal with exile, it is necessary to foreground the Indian context in which the exile experience takes place.

In the Tibetan exodus, cultural forms and institutions that were once taken for granted were suddenly brought into high relief by the experience of exile. This sentiment is combined with a strong commitment to survival, further solidified with a vow for the continuation of a primary cultural identity as articulated by the Dalai Lama. Since 1959, Tibetan refugees have been engaged in an ongoing ‘confrontation of representations’ with Chinese officials in which the two sides compete to legitimise their own representations of Tibetan history as well as current events in Tibet.

In recent years, a new dimension to the confrontation has emerged with the display of culture becoming one of the most important means through which Tibetan and Chinese claims to legitimacy are contested. Tibet activists’ use of cultural and religious performances for political purposes reflects the global emergence of ‘culture’ as a favoured idiom of political mobilisation for indigenous, minority and diasporic groups.

While Tibetan refugees have received unprecedented material and rhetorical support, they have had to walk a fine line to keep their sponsors and themselves satisfied that they are succeeding in staying the course, maintaining the purity of their unique culture until they can reclaim their proper place. At the same time, achieving the kind of accessibility necessary to attract aid and sympathy requires great acts of accommodation and change. The general perception is that they are hardworking and have successfully maintained their culture against all odds.

Such commendations are not uncommon and have been a consequence of the general tendency to take sides in writing about Tibet and the Tibetan diaspora at the expense of a critical assessment of the Tibetan issue. Such a tendency has arisen partly from the importation of the functionalist model for the study of refugees. Recurrent in this literature is the assumption that to become uprooted and removed from a national community is automatically to lose one’s identity, tradition and culture. This has had a marked effect upon the study of Tibetan refugees wherein any cultural re-emergence or the presence of past cultural practices is interpreted as evidence of cultural continuity that gives an image of a refugee society which is supposedly stable and orderly.

For Tibetan refugees, the dominant framework for thinking about and attempting to understand exile is the Buddhist doctrine of reincarnation and its promise of eventual release through good action and compassion. The idea of ‘taking refuge’ is also, in addition to belief in reincarnation, a cornerstone of Tibetan culture. Since the 1950s, the idea of ‘taking refuge’ has taken on a highly politicised level of meaning for Tibetans. Inspired by the Dalai Lama, many Tibetans therefore work hard through focused spiritual practice to regard the predicament of exile as a source of inner strength.

In an effort to characterise how Tibetan refugees deal with the experience of exile, it is, however, not sufficient to stop at the formal Buddhist belief and practice. While the Dalai Lama asserts that when you are a monk, any place that is habitable becomes your country, most lay Tibetans in exile feel deeply out of place and often fearful in India. Focused as Tibetans and their western supporters are on preserving and gaining access to an ideal Tibetan way of life, India is reduced to a temporary and unfortunate backdrop for their struggle. There is, therefore, a need to foreground the Indian context in which the exile experience takes place.

The experience of exile and the encounter with Indian democracy were important in developing the commitment to human rights and democratic values expressed in the constitution promulgated by the Dalai Lama in 1963. This constitution in turn inspired activists within Tibet, particularly the young monks and nuns who demonstrated against Chinese rule in 1987-88. These young people saw the Dalai Lama’s stance as reflecting a progressive political position through his articulation of key Buddhist concepts such as compassion and the prohibition of killing. These young activists based their democratic principles on Buddhism, which is depicted in texts and the media as a set of undogmatic religious and moral principles compatible with human rights and democracy. This was consistent with the Tibetan leadership’s concerns over preserving the image of a ‘non-violent Tibet’.

In the Tibetan exile community, no such formal channels exist for aspirations or criticisms to be formulated into policy. It is clear that while the Dalai Lama officially champions autonomy, many Tibetans such as those belonging to the TYC or the newly formed Rangzen alliance disagree and wish to fight for independence. Statements of any originality or boldness or a counter view can easily be construed as seditious or against the Dalai Lama or China or India and thereby denounced. Even self-immolations or sacrifices, like the one by Thupten Ngodup and others in Tibet, are thought of as incompatible with the basic tenets of Buddhism. They thereby fail to generate political capital. A dignified existence for the Tibetans in exile becomes possible only when support comes from empathetic Indian hosts.

The gesture by Baichung Bhutia, the former Indian football captain who has Tibetan affinities, to drop out of the team that was to carry the Olympic torch on its Indian leg in New Delhi for the Beijing Olympics, has symbolic significance. “I sympathise with the Tibetans and their cause. I have sent a letter to the [Indian Olympic Association] refusing to carry the torch,” Bhutia told The Telegraph (Calcutta, 1 April 2008). Bhutia’s decision points to how ‘places’, politics and ‘cultures’ continue to be implicated in the ongoing debate on Tibet’s historical and geopolitical status.

Dr Sudeep Basu is the 2012-13 CR Parekh Fellow at LSE’s Asia Research Centre. He is Assistant Professor at the Gujarat Institute of Development Research, Ahmedabad.

Posted In: Security and Foreign Policy | Society and Culture 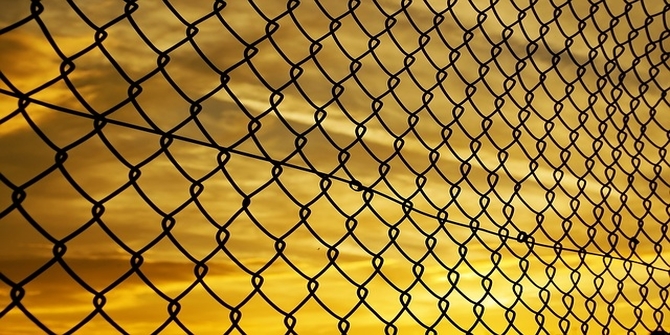 Between Giants: China, India, and Security Sector Reform in Nepal