Priya Kale argues that the 2G scam and ‘coal-gate’ signal a new trend in Indian corruption that threatens to undermine basic democratic tenets.

Vinod Rai, one of India’s most high-profile and controversial auditors, retired late last month. The tenure of the former Comptroller and Auditor General (CAG) was an eventful one in no small part due to the shocking nature of public impropriety that his investigations revealed.

The two most explosive reports – on the allocation of 2G licenses and on the allocation of coal blocks – brought into sharp focus the questionable resource distribution policies of the United Progressive Alliance government. Aside from the gargantuan nature of presumptive loss figures, the intangible impact his audits have had on the skeletal structure of India’s administration made Rai’s tenure a landmark one.

The issue is not that the government has come under fire for a misplaced policy—in both cases, its defence has been rooted in the notion of public welfare. The problem is the allegations of crony capitalism and rank graft that determined how these resources were allocated. In fact, A. Raja, the telecom minister under whom the 2G scam occurred, and his party colleague Kanimozhi, also a member of parliament, were jailed for their alleged roles in the 2G debacle after the Central Bureau of Investigation (CBI) filed charges against them.

Corruption has been a mainstay of Indian public life since the Bofors scandal broke in the late 1980s. Whether it was the fodder scam in Bihar during the 1990s, which led to the then chief minister resigning, or the many alleged defence procurement kickbacks over the years, ‘deal-specific’ graft seems to have become a perverted inevitability. What makes the revelations of the 2G scam and coal-gate – and by extension, Rai’s tenure – significant is that they represent a new scam ‘methodology’: the deliberate warping of policy to serve nefarious ends. While accepting kickbacks and embezzlement are scourges that need to be rooted out systematically, ‘policy scams’ signal a more troublesome trend because their after-effects have struck deeper into the roots of Indian democracy. Three main democratic tenets have been seriously undermined by the recent scams:

Public Accountability: Much has been made of the so called ‘clean chit’ given to Prime Minister Manmohan Singh by the Joint Parliamentary Committee (JPC) that was probing the 2G scam. The controversial draft report, which the opposition parties have rejected, states that the prime minister had no knowledge of the 2G scam as it happened and hence could not be held accountable. This aspect of public accountability has been seriously questioned since the draft report was leaked to the media in April.

Another aspect that deserves serious scrutiny is parliamentary accountability. Expressing outrage over the JPC report and aspects of the coal-gate investigation, the main opposition parties did not allow the government to function. Protests and walk-outs became the norm as the opposition demanded the resignations of the prime minister, law minister and railways minister (implicated in a separate case of possible bribery). Important legislations were frozen and the session was a wash-out, much like the winter session in December 2010 when proceedings were stalled over the demand for the constitution of the JPC. The government chose not to take steps to resolve the impasse, and the ultimate losers were the citizens of India. Why was the opposition so obdurate when it clearly had the upper hand? And why did the government sack the railways and law ministers after the budget session was terminated sine die two days early? These crucial questions remain unanswered.

The government’s answerability to constitutional authorities should also be examined. The CAG, as one such authority, is part of the system of checks and balances meant to ensure transparency in governance. Rather than clarify its policy stance, the government has chosen to attack the methodology of the auditor. By squabbling over the exact loss figures and attacking Rai’s credibility, the government has sought to turn the attention away from its policy lapses to the supposed ineptitude of the auditor. Even if one were to accept the most conservative loss figures, the question of why the government chose such faulty methods of resource allocation remains unanswered. Why, for instance, are there no guidelines regarding transparent allocation of coal blocks even 19 years after the allocation process was deemed opaque and arbitrary?

Equality before the law: Rule of law is integral to a sustainable democracy. In both the coal and 2G scams, instances of impropriety during investigations raised questions about the Indian state’s ability to prosecute the powerful and influential. Earlier this year, an Indian news channel showed how a prosecutor of the CBI was colluding with one of the chief accused to subvert the investigation. A national daily also revealed that top government officials synchronised their testimonies to the JPC and the Public Accounts Committee (PAC).

Even worse, it was revealed last month that the CBI shared the status report on the coal scandal with the political executive (specifically, the law minister, senior law officers and officials from the prime minister’s office and coal ministry) and it was amended. The fact that the CBI was investigating allocations in the years that the prime minister held the coal ministry made this revelation even more damning.

Public finances: This is where the ill-effects of a policy scam can be most sorely felt. Coal and telecom are key infrastructure related industries. Since these have come under serious litigation and scrutiny, private players and investors are obviously weary of further investments. Take, for instance, the auction of 2G licenses in November 2012, after the Supreme Court struck down the 122 licenses allotted in 2008, which was expected to fetch 40,000 crore rupees (approximately US$ 7.06 billion). The government received bids worth only 9,407 crore rupees (US$ 1.6 billion). Moreover, after the licenses were cancelled, Fitch estimated that the profitability of the banks that had extended loans to these companies would drop by 10 per cent. With ambitious projects such as MGNREGA underway, it is unpardonable to deprive the Indian citizenry of such vast sums of money.

As a student of political economy at LSE, I was told that citing ‘political will’ (or the lack of it) was a sign of academic laziness; that it is an argument that seems to convey much while doing exactly the opposite. Yet, when it comes to explaining the nature of graft in India, the lack of political will is the only explanation for why corruption persists with relative impunity. 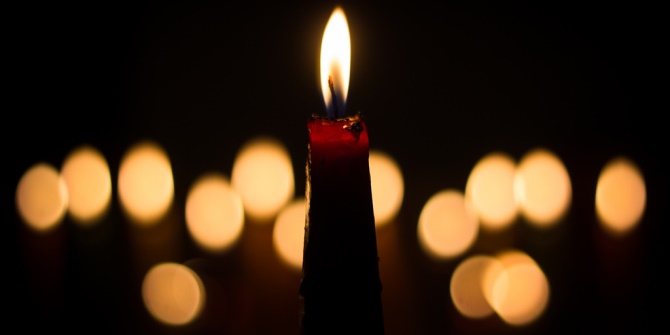 Bad Behavior has blocked 3863 access attempts in the last 7 days.