LSE Arts: The world, so rich

LSE Arts: The world, so rich

Lubna Ashraf, an LSE alumna and British Pakistani artist, debuts at the School this week with a solo exhibition of portraits titled ‘The World, So Rich’.

Lubna Ashraf graduated from the LSE in 2007; she worked as a banker for a few years and continues to work in the city as a management consultant with Aon Hewitt. Throughout this time, she has sought out precious hours, during evenings and on weekends, to paint. Her new series of oil-based portraits, including images from Pakistan and Afghanistan, is on display at LSE until October 4. Here she tells India At LSE more about her artistic influences and how she juggles her day job with her love for art.

Q. How did you start painting?

A. I’ve been painting all my life. My father who encouraged me and gave me the confidence to paint from a young age. I studied fine arts at GCSE and A Level and it was then that I really began this journey. I continued to paint on the weekends and whenever I got the time, even whilst working as an M&A banker in the city. The hours were often long and draining, but painting over the weekends rejuvenated me.

In 2009, I travelled to Dubai for six months, as a secondment with work. I found Dubai didn’t have a lot to offer in terms of culture and I decided to take things into my own hands and sought out an artist who would give me private lessons over the weekend. It was then that I met a Lebanese artist named Souheil Madi who had been painting for over 30 years. He has painted murals on the Napoleon Palace ceiling in France.

Mr Madi pushed for me to stop working with acrylics and try oils as a medium. Together we spent hours sketching a well-proportioned face and then using various brush work techniques and colour mixing to create Fatima. This was my first oil painting. When I returned from Dubai, I continued to experiment with oils, and it is those experiments have led to this exhibition. 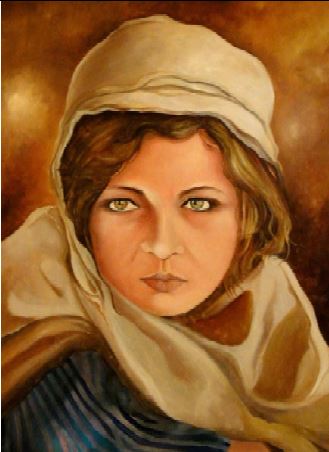 Q. How do you choose subjects for your portraits?

A. I still see myself as an emerging artist, so I work on instinct and base my subjects on how I feel when I look at them. I’m inspired to capture faces in the moment, when the expression is just right. After an initial sketch, I keep painting on layer after layer and the concept evolves. For one painting, ‘Silver Linings’, which depicts an old woman with silver-kissed hair, I painted over 20 or 25 layers trying to get the right expression.

Q. Who are your artistic influences?

A. There are too many! I’m inspired at first by photography – the colours, clarity, proportion and depth of what the photographer captures. As my concept evolves, I source inspiration from artists all over the world. Artists ranging from the traditional Italian renaissance masters to the Japanese airbrush artists or even, graffiti artists such as Chu and Banksy. Miro’s conceptual rebellion, Freud’s sadness, brushstrokes and colours, Manet’s use of vibrant blues and purples, Klimt and his brass work, and Kusama and her cosmic polka dots – to name just a few.

Photographers who have previously influenced my work include Guido Mocafico, whose images have a sharpness I try to emulate, and Ursus Wehrli, whose work has a sense of humour. I too try and bring some humour to my paintings—for example, the title ‘Blankets and Bling’ makes one of my paintings in this exhibition more rebellious and naughty. Architects like Zaha Hadid and Le Corbusier also inspire me deeply.

Hadid is a great example of an architect who breaks away from the rigidity of traditional architecture silhouettes, to create something more modern and abstract. Le Corbusier’s concept of self (function vs. form) also inspires me greatly, particularly the way he designed neighbourhoods in France after the world war in a modernist way to isolate the community so that people could be more reclusive and look within themselves.

Q. Do you wish there had been more opportunities to juggle social sciences and the arts at LSE?

A. I definitely wish there were more opportunities to be involved in the arts at LSE. The closest I ever got to painting at the School was doing an illustration for The Beaver. I was so excited by that and ended up putting it on my CV.

I think students at LSE could benefit from being involved with active arts clubs. Artistic expression can complement the drive and analytic ability of LSE students—it can help students learn how to develop a concept, change the way they think about things, and later help them think about banking or consulting problems in a different way.

Q. How does it feel to be debuting your work at LSE?

A. I feel honoured to be exhibiting at the LSE as an alumna. The exhibition encompasses what I feel about the school and the diversity of its student body. Students at the LSE come from everywhere, and they go on to make pivotal contributions all around the world. LSE is more than a university experience; it’s a cultural experience and a strong community. It’s where I learned about the wider world so I’m glad to be able to hold my first solo exhibition there.

Q. Do you have any tips for students and LSE alums juggling artistic pursuits with academic responsibilities and day jobs?

A. You have to have a strong work ethic and a proactive nature to juggle art and the city life. You need to organise yourself well and also keep your mind open. As important as it is to spend time visiting galleries and museums, it is even more important to just go for it and paint or draw when you’re inspired. As cliché as it sounds, to really achieve the satisfaction you would like to as a creator, you have to make sacrifices – personal and professional: stay up all nights and work all weekend if you have to, be able to accept that you might spend ages working on something that is just not quite right and most importantly continue to develop your skill and stay abreast of social networking and technology. It is through Facebook, Twitter, Tumblr and various blogs that you can really get your work out there. Good luck! 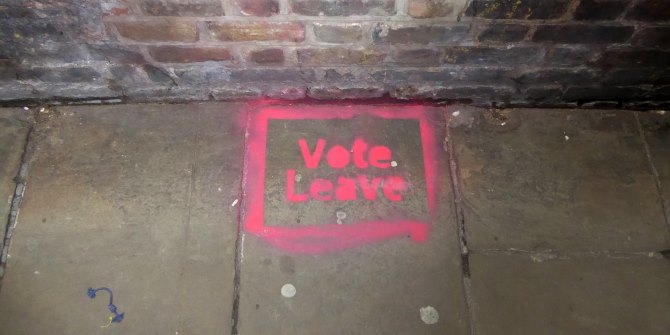 Introducing: The States of South Asia