Manali Desai argues that the ongoing debate about Narendra Modi points to a broader battle being waged for the future of India as well as a clash over fundamental values particularly vis-a-vis India’s aspirational middle classes.

The 2014 Indian elections are being hotly anticipated, not least because after appearing invincible for nearly a decade, the Congress Party is at last facing a serious challenge. The surprising victory of the Congress in 2004, followed by a more emphatic victory in 2009, appeared, for some, to have cemented a ‘growth with equity’ model. However, as economic growth in India has slowed down amidst corruption scandals, weak leadership and political bickering, a restive business class and a vocal middle-class have increasingly embraced Congress nemesis Narendra Modi. 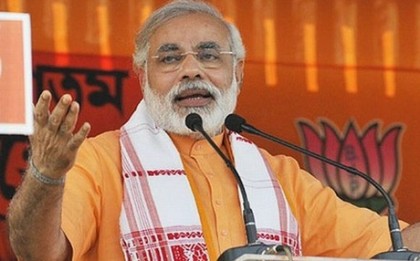 Straight-talking, Congress-baiting and charismatic, Modi’s growing ebullience draws on the devotion of his followers who believe he is the saviour India has been waiting for. In this polarised debate, opponents from either side of the divide have amassed impressive statistics that seek to prove or disprove the so-called ‘Gujarat model’. Modi’s opponents claim that Gujarat has fared poorly in reducing poverty and inequality, ranking below several states in the Human Development Index (HDI), and has a weak environmental and human rights record. Many argue that Modi is likely to pursue a divisive and anti-minority form of politics at the centre.

On the other hand, Modi supporters claim that he has single-handedly brought Gujarat to double-digit growth, removed red tape, tackled malnutrition, poverty and illiteracy, eliminated corruption, and mobilised a Gujarati cultural pride that is the envy of middle-class Indians elsewhere. Indeed, Gujarat is considered one of the most business-friendly states and is the second-most sought after state for investors. But Maharashtra and Tamil Nadu are ahead of Gujarat in both respects (having signed MoUs between 2006 and 2010 worth 4.20 lakh crore rupees and 1.63 lakh crore rupees with a promise of 8.63 lakh and 13.09 lakh jobs, respectively, compared with Gujarat’s MoUs for 5.63 lakh crore rupees for 6.47 lakh new jobs). Neither state, however, is put forward as a model for India’s future.

To understand why, we need to move beyond the debate over numbers, especially since statistics risk falling on deaf ears as both sides have hardened their positions. We must acknowledge that the debate is all the more confusing for interventions such as that of feminist stalwart Madhu Kishwar in support of Modi. This is because through the debate about Modi, a battle is being waged for the future of India, with a clash over fundamental values.

Modi is admired by his followers in part because they see him as a fearless destroyer of the vestiges of Nehruvian socialism.  For the middle classes, Congress represents the corrupt past, while Modi represents a resurgent future that would leave the Congress behind once and for all. Most scholars (and probably party leaders) would agree that on matters of economic policy there are no major differences between the Congress and BJP. Yet, Congress’s internal divisions – for example, between Sonia Gandhi who persistently champions large social programmes and the more pro-market wing of the party – and a seemingly weak leadership allow Modi to present himself as a Bonapartist strongman who will cut through the indecisiveness and stand above the fray.

In reality, Modi’s ability to escape responsibility for the post-Godhra violence has reinforced the perception that he is beyond reproach, clean, anti-corrupt and therefore the ideal man to deliver India from itself. Most Hindus in Ahmedabad, where Dr Indrajit Roy (Oxford University) and I conducted interviews between August and December 2012, believe that Modi has made Gujarat safe from communal violence. Given that he was at the helm of the party that was indicted in the violence, resulting in arrests of several MPs, Modi has demonstrated a singular ability to extricate himself from the fray and present himself as beyond culpability.

The 2014 election represents a moment in Indian political discourse where a clear line has been drawn in the sand. Modi represents an unapologetic middle-class (and increasingly lower middle-class) desire for unbridled prosperity, and its global aspirations, which have seemingly been postponed by the Congress state. But the truth as always lies somewhere in between. Gujarat’s double-digit growth is owed to a cross-party consensus on liberalisation and a clear privileging of business in the state’s policy, together with the historically weaker associational power of the poor in the context of high industrial growth dating back to the 1980s. In other parts of India, the greater bargaining power of lower castes and industrial and agricultural labour in the context of a weak industrial base and weak inter-party consensus might render Modi’s strategy less effective.

In all likelihood no single individual can achieve the kind of change that one part of India hankers for. But the mythology of Modi tells us more about these desires than it does about the question of development. 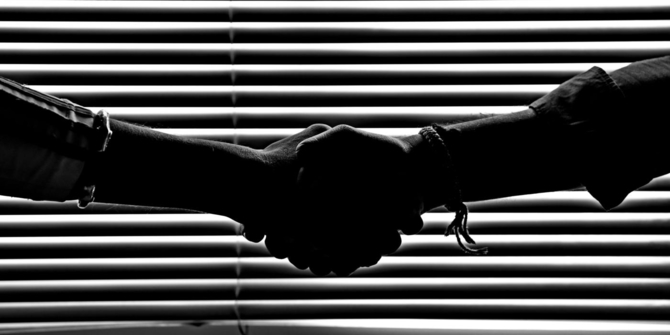 Bad Behavior has blocked 3622 access attempts in the last 7 days.