Sumantra Bose argues that India’s next poll may see the rise of many political parties rendering obsolete the notion of a single national leader. This article was first published by Al Jazeera English.

The countdown has begun: In a few months’ time, an electorate of 800 million people, of whom one in five are first-time voters aged 18 to 23, will be in the throes of a festival of democracy. Where is India headed, in the national election of April-May 2014 and beyond? 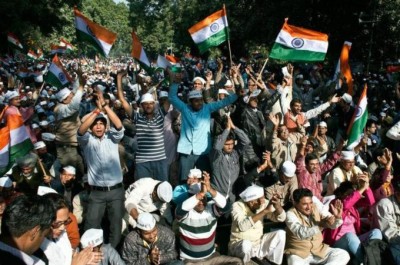 India’s politics have been transformed over the past two decades. Twenty-five years ago the Congress party was dominant nation-wide, and the Hindu nationalist Bharatiya Janata Party (Indian People’s Party, BJP) was a fringe party. Regional parties existed in several of the then 25 states of the Indian Union and ran elected state governments in five: Andhra Pradesh, Tamil Nadu, Karnataka and Kerala in the south and West Bengal in the east. But powerful regional parties – parties with a mass base in usually just one state – were still the exception rather than the norm.

Today the Congress party is an emaciated shadow of its former self, and has withered away in many parts of India. Well over half of India’s 1.25 billion people live in the six most populous states: Uttar Pradesh and Bihar in the north, Maharashtra in the west, West Bengal in the east, and Andhra Pradesh and Tamil Nadu in the south. Together, these six states elect 291 of the 543 members of the Lok Sabha (House of the People), the directly-elected chamber of India’s Parliament and the nation’s supreme legislative body.

The Congress party retains a sizable base in just one, Maharashtra, and even there, has weakened considerably since its heyday. In the other most populous states, Congress has been reduced to bit-player status in Uttar Pradesh, Bihar, West Bengal and Tamil Nadu, and the party is in an advanced stage of disintegration in Andhra Pradesh. The BJP has a negligible base in West Bengal, Andhra Pradesh and Tamil Nadu and is relatively weak in Uttar Pradesh, Bihar and Maharashtra. The Hindu nationalists are a marginal force in almost all the states of southern and eastern India, and are only one player among several in the states of northern and western India.

Neither of India’s two “national” parties, Congress and BJP, have anything approximating a nationwide base, though they are the country’s two largest parties in relative terms.

What has happened in India’s politics? Of the 28 states, just seven states have bipolar polities with BJP and Congress head to head. Of the seven, three are mid-sized by Indian standards and four have smaller populations. Together these states elect less than one-fifth of the Lok Sabha’s 543 MPs.

What has happened over the past two decades is the phenomenal growth of an array of strong regional parties – parties with a mass base in one state of the Indian Union. The result is a phenomenal alphabet soup.

Some of the regional parties have antecedents going back to the early decades after India’s independence in 1947, or even earlier. But most have formed and grown in the last one to two decades, or at most three. Andhra Pradesh’s YSRCP is just a few years old. Even in Delhi, the national capital, the longstanding bipolar Congress-BJP polity is under threat from a year-old regional entrant, the Aam Aadmi Party (Common Man’s Party, AAP), borne of an urban and Delhi-centric citizens’ protest movement in 2010-2011 against a spate of high-level corruption scandals involving politicians and big business.

The common focus on the two larger albeit not really national parties, Congress and BJP, misses this fundamental transformation in the nature of India’s democracy. Since the end of Congress’s nationwide dominance in the late 1980s and the failure by the mid-1990s of the BJP’s attempt to replace Congress as the nationwide hegemonic party, India’s polity has progressively regionalised. The regional parties draw on a huge spectrum of ethnic and sub-ethnic, linguistic and sub-linguistic, and caste and sub-caste identities and interests. After India’s 16th national election in April-May 2014, it is likely that BJP and Congress will have, between them, significantly less than one-half of the Lok Sabha’s 543 parliamentarians.

The ascendancy of regionalists and regionalism in India’s democracy is a natural evolution. If India’s social map is dizzyingly diverse and complex, why should its political map be any different? For the vast majority of Indians, the sense of being Indian co-exists with and is built on powerful communitarian identities. The expression of so many forms of communitarian affiliation (and interests) through the processes and institutions of India’s democracy not only strengthens that democracy, it also strengthens rather than diminish Indian national identity.

India’s constitution, enacted in 1950, embodies a hybrid of unitary and federal features. The constitution-makers, concerned about national unity and wary of the potential of further fragmentation in the aftermath of the subcontinent’s 1947 partition, favoured the label “union” over “federation”. For four decades after the first Lok Sabha was elected in 1952, India was in practice a relatively centralised democracy as the same party, Congress, ruled at the “centre” (New Delhi) and in nearly all the states. In the past two decades, through a dynamic of bottom-up federalisation driven by the will of the people, India has transformed into a de-centred democracy in which mass-based regional parties dominate in ever more states and determine who governs at the centre.

For the past few years India has experienced a poorly performing central government led by an ineffectual prime minister, the former bureaucrat Manmohan Singh. Singh’s government, while formally a multi-party coalition, is effectively a single-party Congress government after its two largest regional allies, West Bengal’s TMC and Tamil Nadu’s DMK, quit the coalition in September 2012 and March 2013. Singh’s chronic lack of heft is because ultimate authority in New Delhi has rested not with the prime minister and his cabinet – as it must in a parliamentary system – but with Sonia Gandhi, the Italian-born president of the Congress party (who has been trying to position her son Rahul for the leadership succession).

In the past two years, public anger with this government has spread and grown intense as the Indian economy has faltered and ordinary people have to cope with inflation in food prices amid a torrent of revelations about corruption involving high levels of the government. The backlash to the Singh-Gandhi regime has led some Indians to view the BJP’s prime ministerial candidate for 2014, Narendra Modi, as an appealing alternative. Modi’s supporters are concentrated among the relatively affluent sections of urban society, in a predominantly rural country where the poor comprise the majority.

Reflecting the transformation of India’s politics, Modi is a regional strongman who is in his third term as chief minister of Gujarat, the mid-sized state in western India. Unlike Rahul Gandhi, the Congress’s dynastic scion, he is a self-made man of humble social origins and unlike Rahul – who is widely regarded even among Congress supporters as a hopeless bet – Modi is a seasoned and crafty politician.

It is unlikely, however, that the strongman of Gujarat will be able to generate the nationwide surge for himself and the BJP that his supporters among better-off urbanites and India’s business elite hope for in the coming months. The BJP will emerge as the single largest party in the next Lok Sabha, but may have no more than around a quarter of its 543 seats (Congress may not make it to even the three-digit mark, 100 seats).

The search for a national saviour figure is a red herring in India’s transformed political landscape. In this landscape, defined by diversity, a host of regional parties and leaders – including a number of established strongmen and strongwomen in states more populous and electorally more important than Modi’s Gujarat – rule the roost. The transformation of India’s politics has rendered obsolete the notion of a single, commanding nationwide leader, as Jawaharlal Nehru was in the 1950s and Indira Gandhi in the 1970s.

The real challenge before India is to make federalism work, at the centre and in centre-state relations.

Sumantra Bose is Professor of International and Comparative Politics at LSE. His latest book Transforming India: Challenges to the world’s largest democracy has just been published, globally by Harvard University Press and in the Indian subcontinent by Picador India.