LSE’s David Lewis argues that Bangladesh’s political problems are unlikely to be solved soon, whether or not there are fresh elections.

The Awami League’s (AL) Sheikh Hasina was sworn in on 12 January for a third spell as Bangladesh’s prime minister after her party swept the polls, which had been boycotted by the opposition Bangladesh National Party (BNP). Hasina argues that her win in elections held on 5 January is legitimate, despite the BNP boycott and the fact that at least 26 people were killed during the election, making it the deadliest in Bangladesh’s history. Khaleda Zia, the leader of the opposition BNP and two-time former prime minister, has termed the election a ‘scandalous farce’ and rejected the outcome. 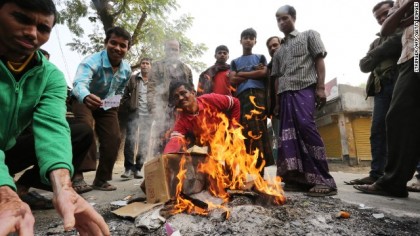 According to the AL, the party won up to 80 per cent of the seats contested in an election that saw a nearly 40 per cent turnout in the 147 districts (out of 300) where voting took place. But according to neutral election observers, these figures are suspect. They estimate a voter turnout of approximately 20 per cent (or even as low as 12 per cent), and also point to widespread ballot-stuffing in the AL’s favour. Turnout was also likely affected by the fact that more than 1,000 BNP activists have been arrested in recent weeks. Given that voter turnout in the previous election in 2008 was 86 per cent, it is a stretch to say the electoral outcome reflects the will of the people of Bangladesh.

It remains unclear how long Hasina will be able to hold on to power in the face of a full-blown political crisis and increasing pressure from the opposition and international community for a new election. Since 8 January, the BNP has been blocking roads, railways and waterways in an effort to topple the government. Zia, who was under house arrest for the first two weeks of January, continues to demand that fresh elections be held under a neutral caretaker government to minimise the risk of poll rigging.

After the relatively successful elections that have taken place regularly and returned the opposition to power each time since the military was overthrown in 1990, some suggest Bangladesh has edged closer to a situation that is reminiscent of the one-party state that had emerged in the mid-1970s, and the various sham elections held by the military during the 1980s.

The underlying problems that have brought this situation to a head are complex and unlikely to be solved soon, whether or not there are fresh elections. The first is the continuing polarisation of deeply held views around the legacy of 1971 in relation to the need to secure justice and reconciliation, and the use of religion in politics.

The second is the centrality of an entrenched patron clientelist politics that has led political parties and their supporters into the confrontational style of ‘winner takes all’ politics. This has helped create an illiberal democracy since the 1990s, making political party reform almost impossible and keeping the country’s much vaunted civil society relatively weak.

The third is the international context in which Bangladesh’s politics is evolving: Jamaat-e-Islami’s links with the Middle East; India’s broad support for the AL government; the United States’ preference for the BNP over the AL; and the growing importance of China as it seeks to build influence in the region. Bangladesh’s growing geopolitical importance may bring both opportunities and dangers, but the country will be unable to tackle these as long as its political crisis deepens.

Bad Behavior has blocked 1067 access attempts in the last 7 days.