In his popular book, “Where China meets India: Burma and the New Crossroads of Asia”, Thant Myint U paints a picture of Burma that fits well with current western imaginations about the erstwhile pariah state that has become everyone’s darling. The grandson of U Thant, the UN’s first General Secretary, writes a compelling account that joins the optimistic chorus of the international business community that portrays impoverished Burma as Southeast Asia’s last frontier economy. He emphasises Burma’s strategic importance, sandwiched as it is between China and India. These ‘geoeconomics’ seem to be naturally accompanied by transformative powers and endless opportunities for trade, investment and strategic infrastructure development. In his words:

When geography changes, old patterns of contact may disappear and new ones take hold, turning strangers in to neighbours, and transforming backwaters into zones of strategic significance.

Indeed, China and India have strengthened their economic ties with Burma over the past two-and-a-half decades. While India’s plan for a Trans-Asia Highway linking its remote northeast with Burma and from there on further to Thailand has yet to materialise, China has already left a heavy economic footprint on the map. Highways promote the ever-increasing trade between Burma and its northern neighbour, pipelines that will soon transport oil and gas from the bay of Bengal to China’s landlocked Yunnan province have just been completed, a cascade of Chinese hydropower dams whose total power will equal the Three Gorges Dam are under construction, and a deep seaport in Rakhine State, including a rail connection to Yunnan’s capital Kunming, are in planning. 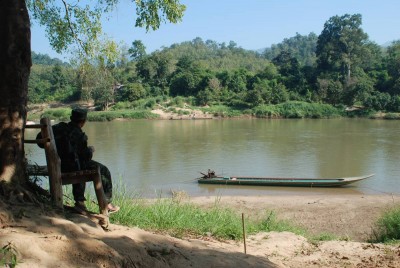 But what Thant Myint U misses in his story of power games is that Thailand since the 1990s has been a more important economic partner for Burma than India. This is evident when looking at trade and investment figures: Chinese commodities comprised 37 per cent of Burma’s imports in 2012, Thai goods accounted for 20 per cent, and only three per cent of imports originated in India. While China and Thailand are the two biggest investors in Burma’s promising energy, mining, and manufacturing sectors, India ranks at tenth place.

A more important point that is generally absent in discussions about Southeast Asia’s last frontier economy is its actual frontiers. The country’s borders have not only experienced extensive economic transformation in recent years, but have also witnessed decades of devastating armed conflict. More than a dozen ethnic armed organisations, fighting for political autonomy and minority rights, command between a few hundred and several thousand men. Some even control territorial pockets in a para-state fashion with rudimentary administrations. For Thant Myint U these movements are a waning issue of the past that will eventually cower to new geopolitical realities. Indeed, economic globalisation has impacted on ethnic territories along Burma’s borders to an extent that presents great challenges for rebel movements situated there. Many have made profitable compromises with outside investors and the state and signed ceasefire agreements since the 1990s. 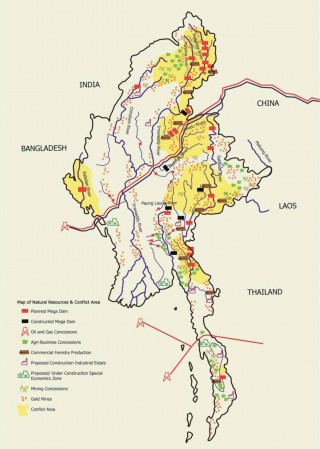 However, what is often overlooked while insurgency is reframed as a greedy criminal network enterprise is that many of these organisations still rely on support from the local ethnic populace. Their legitimacy largely derives from the protection they offer against widespread human rights violations by Burma’s army and their struggle against ethnic discrimination and socio-economic neglect by the state. The latter points at the desperate need for economic development in Burma’s borderlands. But the economics-first and politics-later border policy of the state has had the contrary effect: Infrastructure development focuses on mega-projects, such as hydropower dams, which do more harm than good to local communities. Extractive industries – including teak logging and mineral, precious metal and gemstone mining – have exclusively filled the coffers of local and foreign businessmen, army generals and corrupt individuals within rebel groups, rather than communities as a whole.

The economic forces entering Burma’s border areas do not simply convert rebels into businessmen who wine and dine with Burma’s generals and investors while clamping down on their own insurgency movements. Some leaders may seem to behave in this manner. But rebel groups are not unified decision-making bodies that act according to their perceived external utility maximisation. This is particularly true for large para-state movements that comprise a variety of interests. In Burma, changing economic environments have not only led to ceasefires and business deals between enemies, but also sparked factionalising and intensified contestation over leadership within rebel groups.

One of the armed groups most willing to compromise over the past two decades, the Kachin Independence Organisation, has experienced regular internal turmoil over its leadership’s policies and has found itself in open warfare with the state army since its 17-year-long ceasefire broke down in 2011. Grievances about mega-development projects have been a major contributor to the escalation. In what seems to be a mirror image, one of the least compromising groups of the 1990s and 2000s, the Karen National Union, signed a ceasefire with the government in 2012. Since then it has been at the forefront of the country’s reconciliation efforts. Economic interests are believed to have facilitated this development. This has led to major discontent within the group and considerable disagreement about the way forward, particularly about the pace and degree of cooperation. Observers worry that this might eventually lead to an organisational split between so-called “pragmatists” and “ideologists”.

A closer look at these realities shows that when discussing Southeast Asia’s last frontier economy, more attention needs to be paid to its actual frontiers. The deep-rooted political grievances in these borderlands cannot simply be overridden by economic development. As long as these remain neglected, armed conflict will not simply fade away, and the roads between Burma and China, India and Thailand will remain troublesome.

David Brenner is a PhD candidate in LSE’s Department of International Relations. His thesis traces the effects of transforming border economies on armed conflict in Burma (Myanmar), specifically examining their impacts on the internal politics of ethnic armed groups and their negotiations with the Burmese government.

Bad Behavior has blocked 898 access attempts in the last 7 days.