The professionalisation of Indian elections: Reflections on BJP’s 2014 campaign

The professionalisation of Indian elections: Reflections on BJP’s 2014 campaign

After five weeks in the sweltering mid-summer heat, India is done voting; the results have been tallied, and so this episode of the world’s largest and longest exercise in democracy comes to a conclusion. The opposition Bharatiya Janata Party (BJP), led by Gujarat Chief Minister Narendra Modi, swept into power with a strong majority, winning 282 out of 545 seats in Parliament (and a total of 333 seats in partnership with its pre-poll regional allies). Virtually no one had predicted this lopsided of an outcome during the elections, and the results came as a jolt for the Congress party, which fell to its worst ever defeat (46 seats). Voter turnout reached an all-time high (66.38 per cent) and this is usually an indication that the population is the mood for change. But going beyond the voting figures and patterns, the landslide BJP victory in this election marks a watershed moment in Indian politics brought on by the changing nature of political communication and the professionalisation of campaign practices. 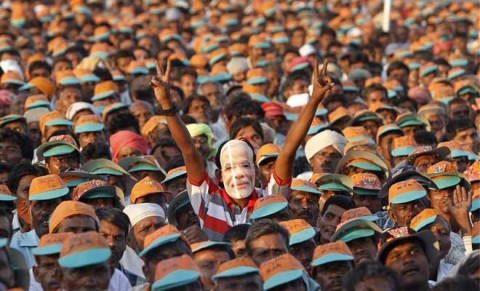 Initially in India, political alliances were determined by social class, caste membership or religious affiliation and these were frozen in place starting from the time of independence in 1947. Since the cleavages were so clear cut at the time, it made sense that electoral functions were by and large handled in-house by representatives of the party itself. But with growth in GDP and the rise of the Indian middle class in the decades following liberalisation in the 1990s, coupled with a rise in the power of regional voting blocs, single party identification began waning across the country (Hallin and Mancini, 2004). This broad social transformation, as well as the accompanying technological changes (like the proliferation of news and entertainment television channels, internet and social media penetration, and use of opinion and exit polling), has now caused the nature and purpose of political campaigns in India to undergo a profound makeover.

Within the post-liberalisation socio-political context outlined above, and with a rapid diffusion of mass (and to a lesser extent, social) media, a mastery of communication technology and technical political expertise is now at centre stage in election campaign practices. Slowly, a mediatised logic is permeating the process and trumping political logic as the privileged narrative. This has led to the opening up of the ‘negotiation of newsworthiness’ to other intermediaries (besides politicians and the media) and consultants, spin doctors and other professional advisers are thus incorporated into the management and control of political communications on behalf of political actors (Negrine, 2008). The BJP’s Amit Shah, who engineered the party’s electoral triumph in India’s most populated state, Uttar Pradesh, is the epitome of this type of professional, and could deftly switch between an economic development and religious discourse as needed.

The consequence of this professionalisation of electoral campaigning practices has been considerable organisational change, ranging from a greater centralisation of operations to a reassessment of the role of members (even senior associates), and the relationship of the centre to the periphery in a political party setting (witness the subordination of the Rashtriya Swayamsevak Sangh (RSS) to Modi). Finally, at the organisational-operational level, the BJP and its allies embraced the view that they should operate with a single vision and communicate that throughout especially vis-à-vis how they interact with their members, the media and others.

Some have used the term ‘Americanisation’ to describe the processes referred to above, and to be sure, the word has a number of connotations, mostly pejorative, and denotes a form of cultural imperialism. In politics broadly, Americanisation speaks to the ‘cheapening’ of the quality of public debate and a focus on the glitz and glamour (rather than substantive issues) most often associated with the American presidential election cycle (Plasser, 2000). In the contemporary academic political communication literature, Americanisation generally refers to the growing personalisation of candidates (over their parties), utilisation of opinion polling/focus group techniques, hiring of professional political marketing consultants and PR/spin gurus, the exploitation of television-focused advertising campaign strategies and the rise of the operational costs (and lately, donations from corporate and non-profit sectors) that have necessitated a ‘permanent campaign’ mode (Downs, 2011).

The BJP used all of the above tactics, creating a cult of personality around Modi, hiring a number of international PR companies (as early as 2009), and inundating the mainstream and social media with targeted advertising. In their collection of donations as well, they courted big corporate houses, while also tapping into the Hindu diaspora in the UK and USA to augment their impressive war chest. But the tactical masterstroke which probably pushed the BJP into majority territory was the move to ‘presidentialise’ the elections and pit the charismatic and telegenic Modi against the inexperienced and ineffectual Rahul Gandhi as the only contenders in a two-horse race.

The sea-change in Indian electoral practices should be examined in the broader context of complex socio-political transformations occurring across India since the opening up and liberalisation of the economy in the early 1990s. The changing nature of political communications since then has been increasingly characterised by a growing specialisation of the profession within a media and communications policy framework that has been increasingly liberalised and commercialised. These include internationalised forms of consumer capitalism and corporate media practices pioneered in America and spread around the globe. One may notice that when these “Americanised” forces come in contact with host societies, they meld and give rise to hybrid models of media operations and political organisation. The final form is therefore contingent on a mix of the domestic socio-political context (specific national electoral institutions and norms, as well as the overall media landscape) and technologically driven international expertise and processes, again, usually American in origin.

In this context, India embodies a maturing democracy replete with changing electoral undercurrents which are the consequence of on-going structural changes in politics, society and the media system. In the final analysis, the BJP was so successful because it was able to tap into these social mores, principally by playing to an aspirational neo-liberal game-plan, and portraying Modi as a transformational leader capable of shepherding India’s rise alongside other global powers. By controlling the narrative so tightly, both in form as well as in terms of content, the BJP was able to make Modi’s Hindu nationalism and involvement in the 2002 Gujarat riots a virtual non-issue.

But the consequence of the BJP’s game-changing push towards excessive personalisation, a political star system, mass media impression management and an increasing negativity of campaigns and campaign coverage, is that this combination of factors has evidently led to a highly centralised, tightly controlled framework for the conduct of communication and governing functions. How this concentration of power and consolidation of functions plays out among the hope-filled Indian public will become quickly apparent once the BJP assumes control and has to tackle the mounting socio-economic challenges facing the country today. 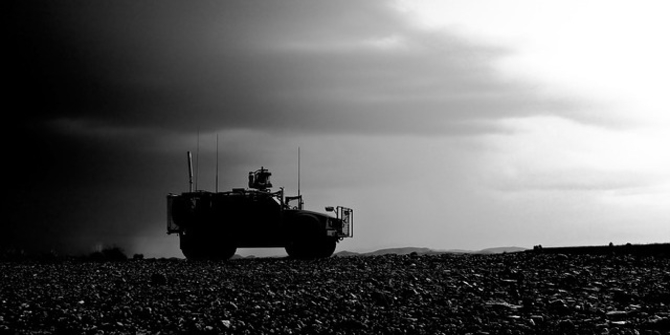 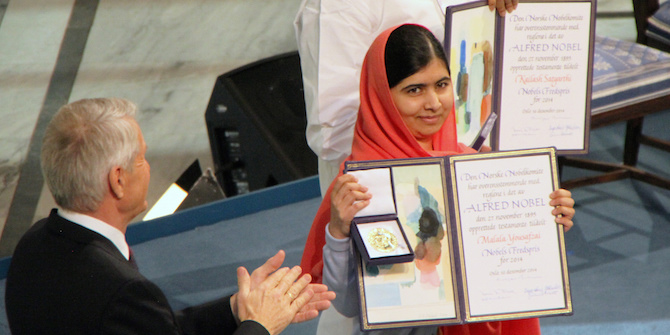 Bad Behavior has blocked 2870 access attempts in the last 7 days.