Is India’s era of multipolar politics over?

Is India’s era of multipolar politics over?

Sumantra Bose asks whether the BJP’s historic win in the 2014 elections heralds the return of single-party rule for India. This article first appeared in The Hindustan Times.

Has the strong national party—meaning a party with a pan-Indian personality and presence that dominates the nation’s politics—made a comeback? That was the sort of party the Congress was until the ninth Lok Sabha election of November 1989. Since then, the nation’s political trajectory has been defined by the growth of regional parties. The BJP’s first attempt to emerge as India’s new dominant party stalled by the mid-1990s. If the BJP is now able to consolidate and expand, its success in this election will mean that India’s politics once again has a pivot after a 25-year interregnum, and that the era of multipolar politics is over. 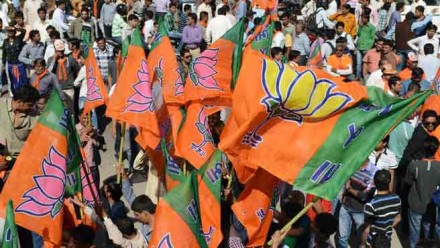 One thing is certain: If a new, post-regionalisation era has dawned, there will be only one national party in the robust sense of the term—the BJP. The Congress is too emaciated and withered to resurrect from the ashes. Its future is at best limited, and that too only if it decentralises and capable leaders enjoy the autonomy to rebuild the party in the states where the Congress still has a substantial base. These—barring Maharashtra, where the party’s near-term future is bleak—are mostly mid-sized and smaller states in national electoral terms: Madhya Pradesh, Karnataka, Gujarat, Rajasthan, Odisha, Kerala, Telangana, Assam, Punjab, Chhattisgarh, Haryana, Uttarakhand, Himachal Pradesh.

This can happen only if the vice-like grip on the party of the family that has led it to the brink of extinction is weakened, if not eliminated, and the Congress is restructured as what it once was—a federal party built on strong, self-reliant state units. That is obviously a tall order. The other possible candidate to emerge as a national party, AAP, is also a long shot, going by its adventurist and itinerant politics.

We will not know the answer to the question with which this column began until the seventeenth Lok Sabha is elected in 2019, though plenty of indications will emerge from the outcomes of the many state elections between now and then. Cumulatively, these state elections will give us a clearer—though not definitive—picture of the basic direction in which our democracy is headed. All the state elections will matter, to varying degrees, but a few will be particularly important. These will be the elections in Bihar and Uttar Pradesh in late 2015 and early 2017 respectively (if not earlier), where the BJP has walloped powerful regional parties, and West Bengal in April 2016, where the BJP has made impressive inroads in a landscape dominated by an explicitly regional party, the TMC, and an effectively regional party, the CPI(M).

Whether India’s politics will be dominated in the medium term by a dominant national party, led by a larger-than-life leader, or whether the dynamic of bottom-up federalisation driven by the growth of regional parties since the 1990s will re-assert itself obviously has enormous implications for the country’s future. There are reasons to be cautious in predicting that the post-1989 era of regionalisation of the nation’s polity is at an end and that a new era of (re) nationalisation is upon us.

Narendra Modi’s supporters and detractors agree that the BJP’s 2014 surge has been driven above all by his personal appeal. They differ on whether this image of the nation’s saviour is hype (or even hoax) or whether it is well-founded. It doesn’t matter, for now, which interpretation is correct. What matters is that enough people believed in Modi to elect the first single-party majority government in 30 years.

The reliance on one man’s charismatic appeal to deliver this windfall may become a problem for his party’s ambitions of building on 2014 to establish lasting national dominance. Even if he does well in government, the level of his popularity is still likely to diminish over time. That’s near-inevitable for any incumbent prime minister, and especially one who enters office as messiah and rockstar rolled into one. If his government doesn’t deliver to expectations and/or gets embroiled in scandals and controversies, the decline in his popularity will be steep, and possibly rapid.

Modi’s emergence as the agent of change and hope is due less to his claimed credentials and qualities—which are disputed—than to a propitious set of circumstances. He has capitalised on a nationwide hunger for change at the centre, in a context of weak to non-existent competition. That the vast majority of Indians do not take Rahul Gandhi seriously as a public figure, let alone as a prospective prime minister, was not unknown before 16 May and that most Indians hungrily desired a prime minister who is as unlike Manmohan Singh as possible is not a revelation either. For over a year now, I estimated that the Congress would get 50-60 seats. That turned out to be overly generous. Many of the 44 survivors got through due to their local appeal. Modi conveyed a message relevant to twenty-first century India, while the Congress’s controlling family wallowed in nostalgia for an era that ended in 1989.

There was no other alternative: The spectrum of regional parties was too disparate, at loggerheads in various key states, and divided by the clashing egos and ambitions of leaders to throw up a coherent national alternative. Only one regional leader—Mamata Banerjee—repeatedly called for a federal front of like-minded regional parties ever since she quit the UPA-II government in 2012. She found no takers. If the lesson of 2014 for Congress is that the dynasty is well past its sell-by date, the lesson for regional parties and their chieftains is that to be viable as a national alternative they need a pre-poll alliance with a shared common minimum programme and an agreed prime ministerial candidate. As the single largest opposition party with a footprint in numerous states, the BJP was poised to gain the most from nationwide disgust with the Sonia-Manmohan regime. Modi had the additional benefit of playing on a field bereft of serious alternatives and adversaries.

That said, it is possible that the BJP’s sweep of north, west and central India will be partially rolled back over the next few years, especially in UP and Bihar, where mauled regional parties remain a potent force. And the BJP has made advances in the east and south before. In the mid-term Lok Sabha election of 1991, it won 29 per cent of the vote in Karnataka and 12 per cent in West Bengal. It took the party another 17 years to come to power in Karnataka, while in Bengal it regressed to marginality.

We will know by 2019 whether pluralism or the hegemony of a single party will define India’s democracy.

Sumantra Bose is Professor of International and Comparative Politics at LSE and author of Transforming India: Challenges to the World’s Largest Democracy.

Bad Behavior has blocked 1317 access attempts in the last 7 days.