According to a new report entitled Women on Boards, women make up only 4% of the directors of publicly listed Indian companies. But this is due to change as a result of legislation introduced last year. Sonali Campion talks to Kalpana Unadkat, solicitor and co-author of the report, about the implications of the new law and the challenges facing women who aspire to senior positions in Indian businesses.

Could you give me the background to the new Companies Act? What are the implications in terms of women’s representation in business?

After a long wait, the Companies Bill, 2012 was passed for better corporate governance in India. The Companies Act, 2013 (“the Act”) replaces the old Companies Act of 1956 to introduce more accountability and good corporate governance. The Act and the Rules require every listed company and every public company with a paid up share capital of INR 1 billion or more or an annual turnover of INR 3 billion or more to appoint a woman director on its board. For existing companies, such woman director should be appointed by 26 March 2015 and appointment should be within six month from the date of incorporation. For listed Indian companies, the compliance date has now been extended to 1 April 2015 by Securities Exchange Board of India (SEBI). Previously, SEBI had set the 1 October 2014 deadline for compliance. However, based on various representations by India Inc. SEBI extended this deadline.

Representation of women at the board level is very significant. At present, in about 1,470 listed Indian companies, 8,640 directors are men and a marginal number of 350 are women. The introduction of women to the management of the company as directors is a welcome change as it gives women the opportunity to participate both in day-to-day decisions and strategy of companies. It is a clear signal that women have the opportunity to explore new heights in the business world. We are certain that much like mandatory requirements for membership in legislature in different parts of world (for example, Scandinavian countries), having one woman director on the board of a company would gradually boost the presence of women at senior positions in the corporate world.

Tell me about the origins of the Women on Boards report – what are its aims and how did you personally become involved? 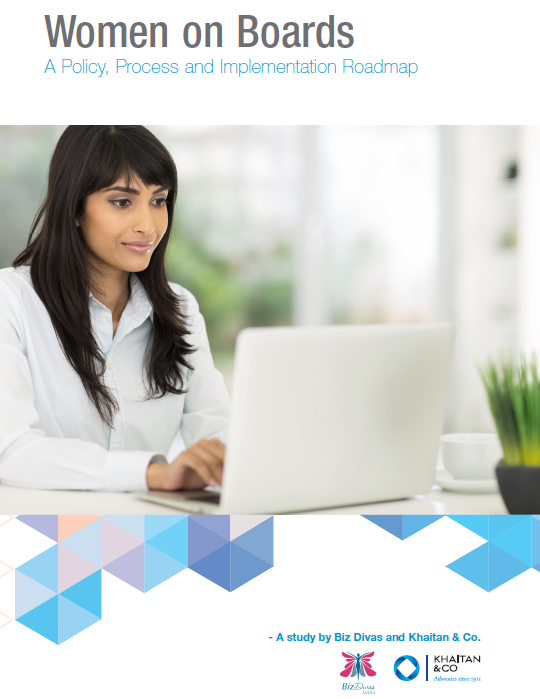 The Women on Boards report aims to assist corporate India in implementation of the requirement in relation to appointment of women directors. The report describes the policy, process and implementation of the changes introduced by the Act with respect to women on board and seeks to synergise the insights that we received from the roundtables for policy advocacy, better governance and smoother implementation.

Being a corporate partner and senior woman leader in my organisation, this subject is very close to my heart and I am passionate about it. The recent changes in the Companies Act were the stimulus for me to publically advocate gender diversity in boardrooms. The Research is based on in depth analysis of data from various newspaper articles and leading journals and tacking views from senior business leaders of India Inc. We travelled 8 cities  (Calcutta, Mumbai, Bangalore, Hyderabad, Chennai, Pune, Delhi and Gurgaon) at the roundtables and met various thought leaders (such as CEOs, CFOs, CXO and HR leaders) to discuss their views on recent changes in the Companies Act and whether India Inc. is ready for such change.

What are the challenges that women have faced when aspiring to senior positions in India Inc.?

The traditional roles ascribed to women as being limited to household work, the misplaced belief about women lacking the necessary interest and capabilities for pursuing ambitious career options and a mix of social and cultural factors have stood in the way of women aspiring to senior positions in corporate world or for that matter in any other aspect of society.

The women aspiring to reach senior positions are often denied the chance as people consider them as having lesser talent, experience and capacity to manage the work. The major obstacle which women need to overcome is the public perception about their leadership abilities. This no doubt at some point would impact aspiration of women.

What impact has the report had so far? The 1st October deadline has now been extended to April 1 2015 – has there been progress?

The report has helped in reducing the scepticism of companies about bringing a woman on their board. The Ministry of Corporate Affairs and SEBI have set deadlines with respect to appointment of women directors and there have been clear statements from government and the regulator that there will be strict enforcement.

Based on representations made by various corporates, SEBI has yesterday extended 1st October 2014 deadline to 1 April 2015. Therefore, companies will get some breathing space as this will give them additional 6 months to look for appropriate women leaders for the board appointments rather than just making this a “tick the box exercise” while in a rush to be compliance.

If women are also missing from mid-level positions, is the talent available?

From our interactions at various Roundtables and generally discussing with corporates in India, it was clear that there is no dearth of women in mid-level positions who have the necessary talent and skills to aspire for senior positions. The scepticism about their lack of experience needs to be seen in the context of their skills in building relationships, focus on diversity of views and out of the box thinking which they bring to the table. The report discusses the manner in which the companies can source skilled and experienced women, for example by considering experienced women managers in other organisations. Additionally, the report makes suggestions about companies increasing their focus on better training of their women employees.

What benefits does increasing the number of women on boards bring?

What do you say to those who disagree with the idea of “tokenism”?

The argument of people who disagree with any kind of “tokenism” would fare well only in a setting where both men and women have equal opportunities to pursue their ambitions. Women in our society are heavily handicapped due to cultural stereotypes and the requirement of appointing women directors merely ensures that deserving women are given the same opportunity as their male colleagues.

The report mentioned that India is the first developing country to introduce quotas for women’s representation. How far do you think India will be able to set a precedent that others will aspire to?

The Indian economy has come a long way since its liberalisation in the early 90s and the present economy offers people a variety of career opportunities. It is about time that we increase the opportunities for women to shine in senior positions. As of now, Malaysia and India are the only countries in Asia to have introduced such provisions on women’s representation at the board. I hope other countries around the world take a cue from the Indian experience and incorporate similar provisions in their laws.

Women on Boards: A Policy, Process and Implementation Roadmap is a joint study by Khaitan & Co. and Biz Divas. The full report can be requested here.

Kalpana Unadkat is a solicitor and partner of Khaitan & Co’s corporate team. Prior to joining Khaitan, she worked at Ashurst’s London office for 10 years.

Sonali Campion is editor of the India at LSE blog. 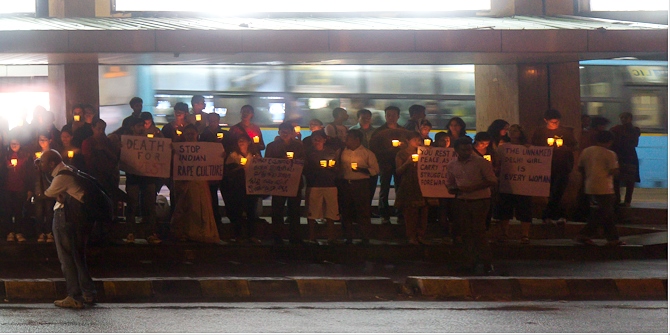