Organised by LSE Cities at the London School of Economics and Political Science and Deutsche Bank’s Alfred Herrhausen Society, the 2014 Urban Age conference will investigate the link between urban governance and our capacities to engage with and shape the future development of cities.

The conference, hosted in partnership with the National Institute of Urban Affairs (NIUA), will be held in Delhi on 14-15 November 2014 and will act as a platform for exchange and debate amongst over 350 policy-makers, academics, business leaders, urban designers, architects, and representatives of NGOs and local community groups. It will build on the Urban Age network established through previous conferences held since 2005 in New York, Shanghai, Mexico City, Johannesburg, Berlin, Mumbai, São Paulo, Istanbul, Chicago, Hong Kong, London and Rio de Janeiro.

As India enters a critical juncture in its development path and embarks on a major new urbanisation initiative, its cities will be key sites of evolution, contestation and opportunity. Speakers from different parts of the world will meet in Delhi to exchange experiences on decentralisation and devolution, leadership and institutional capacity, and new forms of network governance. The conference will enquire into the underlying conditions and processes that allow for the participatory, effective, accountable and future oriented decision-making for cities.

The accompanying Urban Age investigation will showcase interdisciplinary analysis of the major governance challenges facing cities and the strategies that are being adopted to cope with these. Alongside Delhi, governance structures and dynamics in London, Bogota, Tokyo and other cities will also be explored. Discussions will analyse the way urban governance operates and shapes the following key interlinked policy issues in cities: sustainable growth, innovative infrastructure, and social inclusion.

To register, or to find out more about LSE Cities, click here. 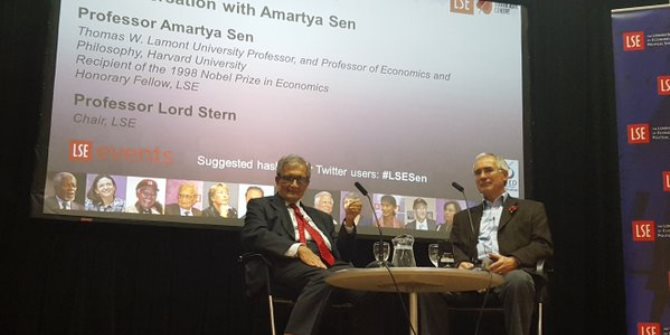