Neha Dhir explores the trend of victim blaming in incidents of violence against women through her satirical essay. She highlights how high-level politicians have repeatedly indicated that women bear some, if not all, the responsibility if they are assaulted, contributing to the culture which has resulted in India being ranked the fourth most dangerous place for women.

SHE was faulting. Not very astoundingly, SHE has always been faulting. There have been consistent witnesses and incalculable records of her wrongs in history books, mythological fables, newspaper reports, judicial judgements, dinner table talks, movies and many more. The only progressive behavioural change in her is that today she is admitting her mistake and SHE is sorry.

Having spent an intellectually rewarding year at the London School of Economics studying law with fellows from all the corners of the globe, it was not new to me to come across hilariously curious questions of my colleagues about India and Indians. There were few who actually believed that in India every house has a parade of elephants and horses in the backyard but there were some who associated India with the half-truth depicted in Oscar winning movie Slumdog millionaire. And there were many who had one similar concern about India. Women and crime. Since a 23-year-old student was gang-raped and murdered on a bus in Delhi in December 2012, the spotlight has been on rape in India. The news bombarded the global media. Youth was angry. The ill governance of Indian administration was unveiled. Security and safety was questioned.

Amidst all the valid concerns, the behaviour of the 23-year-old victim was questioned too and so were the millions of girls and women across the nation. From clothes to mobile phones, work and dialogues, body language to the subject they study. The Indian politicians were playing the drums from the opposite side making unpleasant comments to curb the young voices demanding safety, respect and freedom as the basic rights from the government.

Overnight new theories were created from the source called Indian Polity. Rape is not something that men do out of desire for control empowered by years of patriarchy but women entice rape on themselves. The theory explains that a woman wearing jeans and a t-shirt arouses the man and she is responsible if the man attempts rape her. It was boastfully said by one of the ministers of the ruling party that rape is a social crime that depends on men and women. Sometime it is right and sometimes it is wrong. Here, the readers are reminded that the subject matter of the above statement is not a coffee vending machine but sexual assault.

A female political leader and member of women commission, Asha Mirje provided her own valuable theoretical insight that rapes take place also because of a woman’s clothes, her behaviour and her presence at inappropriate places. The women politician clarified further that going to watch a movie in a theatre with friends at 11pm qualifies as an inappropriate time and thus the fault lies in the actions of the rape victim. In another contribution to the new school of thought emerging in India, regional leader Mulayam Singh Yadav in an election rally announced to the supporters that giving death penalties to the rapists is unfair as they are boys and boys make mistakes. R. R. Patil in the state of Maharashtra is the brightest contributor to this school. When his opponent was sent to jail for rape, he was reported to have advised an open election rally that his opponent should have waited until after election to commit rape. Not in election time. The factor of timing for rape is what qualifies it as crime or as a mistake. The thin line is called the election.

These shamelessly hurtful, defaming, offensive and misguided statements by the nation’s leaders on the sensitive issue of women safety in the country speaks volumes on the reasons for the crime. The naked political dance on the melodies of corruption and black-money has ripped the nation today where the integrity of every women is violated in one way or the other. India was dubbed as the fourth most dangerous place for women in the world according to a survey conducted by Thomson Reuters’ Trust law Women in 2011. In the year 2011, the country recorded 8,618 dowry deaths, 99,135 torture cases, 42,968 molestation cases, 8,570 sexual harassment cases, 80 cases for importation of girls, 2,435 immoral traffic cases, 453 cases under Indecent Representation of Women (Prohibition) Act and 6,619 cases under Dowry Prohibition Act.

Was Winston Churchill right when decades ago he made an arrogant statement at the time of independence of the 100 years ruled over British colony that power will go to the hands of rascals, rogues and freebooters and all Indian leaders will be of low calibre and men of straw? I hesitate to answer because I do not wish to respond with the affirmative. India is the land that was once looked upon by the whole world with amaze and wonder. They called it the golden sparrow. The land in the east surrounded by oceans from three sides crowned with the tallest mountains enriched with fertile land, minerals, wealth where the teachings of subjects like science, maths, political science and philosophy were imparted at homes, on streets in every nook and corner and in every conversation. Wise men and women who created the first civilisation, set up the first university and maintained a beautiful balance between religion and patriotism. Today, sadly it is a lost world amidst loud media channels presenting exaggerating over cooked debates at the prime time every night and fake babas playing mockery of religion and self-proclaimed faith, corruption and ill governance.

The hypocrisy is amusing as the world’s fourth most dangerous place for women is the nation of 1.2 billion people praying and idealising a woman in thousands of temples standing next to the God figure-the Rama as the ideal wife and the ideal woman. Was she that ideal? No, the holy book of Hindus-The Ramayana says she was kidnapped by Ravanna, the King of Lanka. No! No! Ravanna wasn’t at fault. If one has to explain in the words of Indian politicians and leaders, Sita enticed Ravanna, aroused his desires. How? Because she existed as a woman and if asked, the regional leader Mulayam Singh Yadav may comment that Ravanna was a boy and boys make mistakes. So, Sita says sorry.

“A society that is unable to respect, protect and nurture its women and children loses its moral moorings and runs adrift.” – Siddharth Chatterjee The Hindu- Opinion Sept 15 2012

Neha Dhir is an LSE graduate who completed her LL.M in 2014. 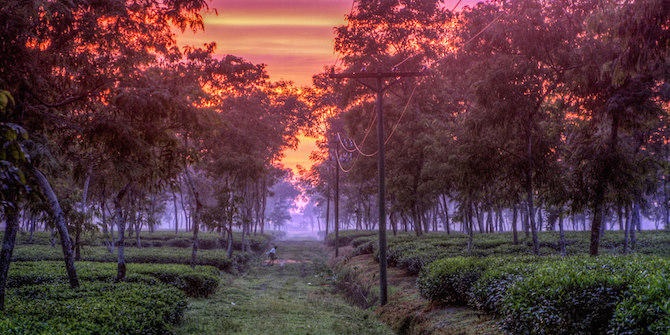