Last weekend, the Jaipur Literature Festival at Southbank was held for the second year running. Megha Harish attended the two-day event and discusses a selection of the highlights and disappointments.

“Jaipur-on-Thames” is an epithet that has been much used to describe the Jaipur Literature Festival at Southbank. The festival, discussed on this blog last week by Pragya Tiwari took place over the weekend of 16-17 May. Now in its second year at the Southbank, JLF is part of the ten-day Alchemy festival, celebrating various aspects of visual, creative and culinary arts from across South Asia. The atmosphere with the street food stalls, decoration and even some sunshine mildly resembled Jaipur, but it was missing the thronging crowds, chaos, open-air space and book-market feel so integral to the Jaipur experience. At Southbank, we were presented with a smaller, ticketed, more controlled microcosm of the JLF experience. However, the lineup of world-renowned authors, journalists and academics was equally impressive.

The broad themes of colonial history, partition, war, memory and reconciliation were explored throughout the weekend. I attended two panels on partition which stood out. ‘Divide and Rue’ focused on the 1947 partition, and more broadly on Indo-Pak issues. Journalist and historian, Andrew Whitehead offered a more factual anaysis, for example on the pros and cons of the use of the Instrument of Accession in 1947. In contrast, Diplomat and author Navtej Sarna beautifully described family relationships with trauma, memory, denial and acceptance, and the modes in which these senses of loss and nostalgia pass down the generations. This inspired members of the audience to share their own moving family stories of partition, and the recurring counterfactual was brought up: ‘what if’ partition hadn’t happened?

LSE’s Dr Mukulika Banerjee moderated the panel on the partition of Bangaldesh entitled ‘Of Wars and Betrayals’. As a subject that is entirely ignored in Indian primary and secondary education, I felt author Tahmima Anam, writer and entrepreneur Sadaf Saaz and journalist Salil Tripathi did a stellar job of outlining to the audience the context and atrocities of 1971, along with the after effects and social stratification this created in Bangladesh. The duality of identity was explored through the question, “Are you Bengali or are you Muslim?” which was once asked by Pakistani soldiers during the conflict. Sadaf Saaz also described her experiences working with the women’s movement in Bangaldesh alongside birangana women (victims of sexual crime during the conflict). While there hasn’t been an official state apology from Pakistan, Sadaf Saaz and Urvashi Butalia told a very poignant story of the way Pakistani women’s groups had made public apologies to Bangaldeshi groups during a conference and dedicated the day to discussion around 1971. Hearing the speakers’ views on the national dismissal of the conflict and then the criminal trials that are now taking place was fascinating, particularly having recently studied the Truth and Reconciliation Commission of South Africa. Constructing a permanent museum or installation in Pakistan, in the image of the holocaust museum in Berlin, was also discussed. I wonder if the idea of reconciliation is too late to be discussed in the case of Bangladesh, 46 years after the conflict and the only options remaining are national amnesia or a repeat of Nuremberg. It appears that Bangldesh has now opted for the latter.

Most of the panel discussions left me feeling enriched and buzzing with new ideas and excitement. However, two sessions left me disappointed. The first of these was the ‘Whose Feminism is it Anyway?’ panel, in which Anita Anand, Pragya Tiwari, Janice Pariat and Urvashi Butalia persevered to make a case for Indian feminism, its origins and the recent upsurge in activism. The panel began however, with the sole male speaker, Suhel Seth making a snide gendered comment towards the moderator, Salil Tripathi. He later claimed that the ‘feminists’ would not be the ones to create change and over-simplified Indian issues to the point of providing a 3-step, brand-man ‘solution’ to the patriarchy. I was appalled at both the tolerance of such behaviour on stage and at the way the audience laughed along with jokes which seemed inappropriate in a discussion on feminism. Gladly, the three other panelists were more than able to compensate over a variety of topics. Urvashi Butalia raised some fantastic points on the rape case of December 2012, large scale activism and engaged in a debate with Anita Anand on whether or not it is important for Indian women to identify with the feminist label. Pragya Tiwari covered issues of sexism in the media and journalism, as well as discussing Dalit women’s movements and the intersectionality of feminism in India.

The next bone to pick was with the final session of the festival, the traditional debate. Firstly, the debate motion was phrased as a question rather than statement in ‘Has the Westminster Model of Democracy Taken Root in South Asia?’ Here many of the panelists seemed to fall prey to the trap of answering the question they were hoping to be asked – rather than the question posed – perhaps because no uniform understanding of the terms in the motion was established. Dr Mukulika Banerjee was the lone defendant of the motion, repeatedly pointing out that it was not about the normative ‘goodness’ or ‘badness’ of the Westminster system, nor was the question whether or not any form of democracy is currently working in South Asia, it was about whether or not this particular style and system of democracy has become entrenched within the working of the subcontinent. There was a tendency among panelists to generalise and interpret ‘South Asia’ predominantly as India. It was Professor Michael Hutt who had to counter by saying that “South Asia is not India and India is not South Asia.” From an audience perspective, besides the very entertaining Rajasthani timekeeper, little was gained from the debate.

Like its mother-festival, the Southbank edition requires audiences to choose between simultaneous sessions taking place in different locations. The Queen Elizabeth Hall and adjacent Purcell Room hosted the frontline events of the festival. The calibre of sessions induced a constant fear of missing out and I was sad to miss Lord Meghnad Desai’s reading, the V.S. Naipaul interview, Shabana Azmi’s session on Urdu writings, a discussion about Darjeeling tea and another on humour in South Asia.

One of my personal highlights of the weekend was a lesser-attended jewel of an event that took place on both Saturday and Sunday in the Clore Ballroom. ‘Odd Bod, Square Peg, Sore Thumb’ was an informal conversation with children’s book editor and publisher Anita Roy. It explored the personalities of writers, readers and ideas of belonging and ‘misfitting’. The intimate audience was invited to share their own experiences of their youth and discuss favourite characters like Harry Potter and Edward from C.S. Lewis’ world. We were also introduced to various Indian authors and their writing, which illustrated how protagonists with some oddities are the ones that are most relatable and create a sense of empathy in their readership.

Living in the U.K., one sometimes feels a nostalgia for home or an absence of belonging (when you don’t know what Jaffa Cakes are, for example), but this weekend the Jaipur Literature Festival brought a little bit of home to Central London and I couldn’t be more thankful for it.

The full schedules with lists of the panels and speakers that featured this year can be found on http://jaipurliteraturefestival.org/southbank

You can view more posts by Megha here. 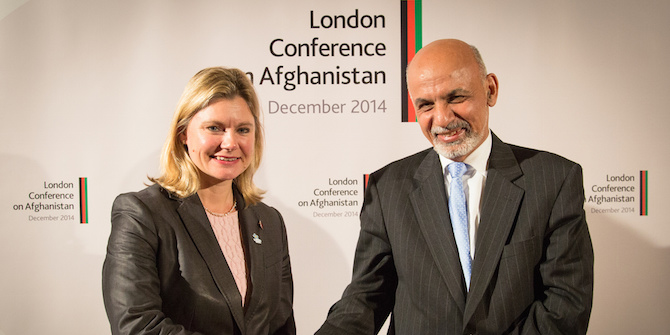 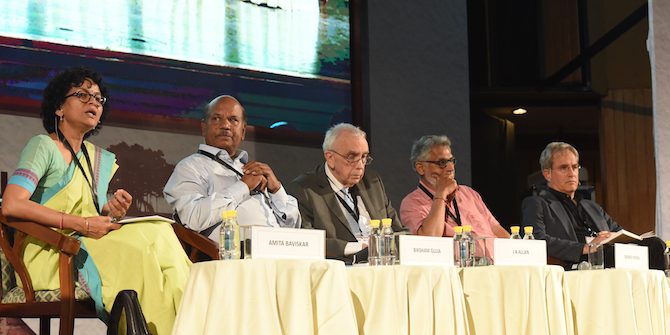