LSE President and Director Craig Calhoun reflects on the long tradition of close mutual relations between South Asia and the LSE, and looks forward to building new bridges through the LSE South Asia Centre which launches today.

LSE’s engagements in South Asia are almost as old as the LSE itself – much older than the modern countries of the region but of course very young compared to the civilisations of the subcontinent. In 1911–12, LSE founders Sidney and Beatrice Webb visited schools, colleges and other institutions in Lahore, Peshawar and Lyallpur (now in Pakistan), and later, Bombay (India) where they met with Sir Ratan Tata, the philanthropist-industrialist, and son of Jamsetji Tata. Sir Ratan would make an endowment for a Professorial Chair the following year to encourage research on India’s social policy, economy & labour – its first incumbent would be Major The Rt Hon. The 1st Earl of Attlee, Clement Richard Attlee (later Prime Minister of Great Britain, 1945–51); in the same year (1912–13), Mr Nandlal Maneklal Muzumdar from India became the first non-European President of the LSE Student’s Union.

Building on what Sir Ratan started, LSE appointed world-famous scholars like R.H. Tawney, T. H. Marshall and Richard Titmus. With Director William Beveridge and others, they helped shape the rise of the British welfare state, but they also began a long tradition of close mutual relations between South Asia and the LSE — whose greatest fruits have been visible over the last century in the generations of fine minds arriving at LSE for higher studies, several of whom in later life became presidents, prime ministers, chief justices, parliamentarians, business leaders, diplomats, thinkers, activists, barristers, academics and Nobel laureates in their countries.

Craig Calhoun is President and Director of the London School of Economics and Political Science. 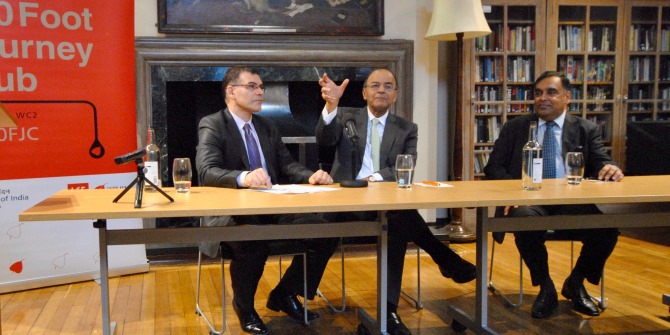 Bad Behavior has blocked 3645 access attempts in the last 7 days.