This volume of twenty essays seeks to honour Sir Partha Dasgupta and the field he helped establish: environment and development economics. With contributions by some of the world’s leading economists, including five recipients of the Nobel Prize in Economics, in addition to scholars based in developing countries, this collection without any doubt leads the reader to desire more knowledge of Sir Partha Dasgupta and his body of work, writes Stuart Astill. 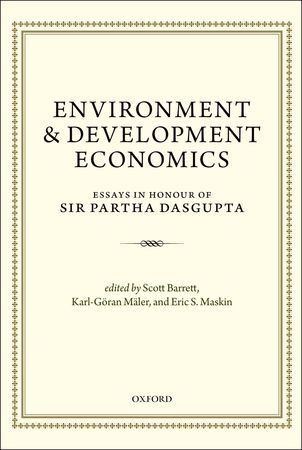 Joseph Stiglitz gives us an idea of the fertile ground in which Dasgupta’s young seedlings of ideas took root; Cambridge of the mid 1960s  where Solow, Arrow, Minsky, and Diamond were visiting  and Stiglitz was learning alongside Mirrlees, Atkinson, and Dasgupta himself.  Dasgupta seemed to have the knack of starting to think about important ideas before the reason for their importance had yet occurred – and then following up with timely wisdom.

In overall summary of his approach, to paraphrase Stiglitz, Dasgupta’s belief is that all the things that are really important should not be assumed away but should be fully included within the scope of rational enquiry.

The essays offer a great range but, honourably, never shy away from putting some extremely important problems, both large and small, into the scope of rational enquiry.

Those who understand development well know that the only realistic and respectful way to succeed is to start with the human focus and then work outwards to either simple practical solutions (if that is possible) or grand generalisable theories (if that is appropriate). The cookstove story here is particularly satisfying because it hits all the targets. The foundations of the thinking are sound, simple and leading to empirical study and interventions on the ground that produce results. There is a healthy mix of human-centred economics (information issues, innovation), the ‘nexus’ factor of environment and human impacts, and, from the Stiglitz response, even a side-swipe at the fashion for RCTs and the chance to discuss power relations (both within the family and government) from an investment decision standpoint. So ‘Climate Change, Cookstoves, and Coughs and Colds’ offers not only a satisfyingly alliterative title, but a wonderful example of how the seemingly humdrum can flower into big impacts and even bigger questions about how we view development interventions.

Dr Stuart Astill is Principal Consultant at IOD PARC where he works with organisations to achieve sustainable value-for-money improvements and embed change to better achieve their aims. He is a research associate with the LSE Public Policy Group. He has over twenty years’ experience in Civil Service and consultancy roles in the UK and EU as an economist, policy analyst and statistician and has taught widely on government, politics and economics at LSE, as Visiting Lecturer at Sheffield University and on the MPA programme of Sciences-Po (IEP), Paris. Read more reviews by Stuart. 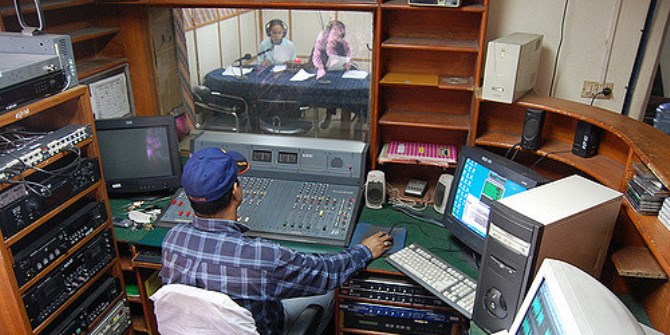