This post is part of the IGC,  Africa @ LSE and South Asia @ LSE cross-blog series on the Sustainable Development Goals. Notwithstanding their commendable inclusion of a broad range of feminist concerns, Alice Evans argues that the SDGs will only accelerate egalitarian social change if they comprise measurable indicators of real progress. Equally important to sustaining momentum are the subsequent processes of regional benchmarking and peer review.

Decidedly longer than the usual shopping list, the 2030 Agenda for Sustainable Development has now been declared and must be in want of (gendered) critique.

There are two kinds of questions we can ask here: (1) Do the specified objectives address the key issues? (2) Are these global aspirations sufficient to influence priorities at the regional, national and local level?

On the one hand, the Sustainable Development Goals (SDGs) constitute a vast improvement upon the Millennium Development Goals (MDGs). MDG3 on gender was primarily concerned with parity in education (bums on seats), overlooking gender bias in education. Feminists further critiqued MDG3 indicators on female non-agricultural employment and parliamentary representation as being far too narrow. What about the political participation and leadership of poorer women? MDG3 disregarded a litany of injustices: violence against women, female genital cutting, early marriage, unequal shares of unpaid care work and also assets. Women’s sexual and reproductive rights – though recognised at the International Conference on Population and Development in Cairo (1994) – were also initially excluded from the MDGs, much to the dismay of the transnational feminist community. The MDGs appeared to be a disappointing regress from the much broader vision of equality encapsulated in the Beijing Declaration and Platform for Action (1995).

Thanks to articulate feminist arguments and concerted activism at national, regional and international levels, the 2030 Agenda for Sustainable Development now incorporates a much broader set of priorities: gender-based violence, unpaid care work, leadership at all levels, sexual health and rights, equal access to land, technology… tick tick tick. Feminist utopia. Or thereabouts… Notable absences include freedom of movement and laws against discrimination on the grounds of sexual orientation. Fundamental concerns have also been raised about the macro-economic template.

A marked improvement at least. This reflects a broader shift within the global development community: increasing prioritisation of gender equality. Among OECD DAC members, for example, aid for gender equality tripled between 2002 and 2012: from $8 billion to $24 billion.

The major challenge now is implementation. Recent research suggests the MDGs impacted government policies but not spending. Concerns have also been raised about the tendency of overseas development assistance to reward ‘best practice’ reforms, which do not improve actual functional performance. Counting and celebrating increased school enrollment, for example, is problematic if it distracts attention away from learning outcomes. Likewise, much gender mainstreaming has led to a proliferation of policies that are never actually implemented.

To prevent such harm, the SDG indicators must track the results that matter. Goal 5 does not provide clear guidance as to how its component objectives should be measured. As such, progress cannot be monitored over time nor can comparisons be made between nations. In short, governments cannot be held to account. There is no blueprint. Some regard this as problematic.

However, despite the plethora of international summits, conferences and online submissions, my understanding is that the post-2015 process is not yet complete. The global goals are still to be translated into indicators. The Inter-agency and Expert Group on SDG Indicators (IAEC-SDGs) is presently negotiating these specifics and will present their proposal to the UN Statistical Commission in March 2016. Doubtless, this is a difficult process: trying to monitor complex and messy changes in gender relations yet being constrained by limited data and funds. Their suggested priority indicators are ostensibly open to negotiation.

So I take this opportunity to voice two concerns. Their suggested indicator for sexist discrimination is whether legal frameworks are in place (yes/no..?!). Then to monitor ‘women’s full and effective participation and equal opportunities for leadership at all levels of decision-making in political, economic and public life’ there has been a regress to MDG5: ‘proportion of seats held by women in national parliaments’. Though, this is to be complemented by two (non-priority) indicators: ‘proportion of seats held by women in local government’ and ‘proportion of women who have a say in household decisions’.

I wonder whether the IAEG-SDGs might consider incorporating survey data on social norms – as suggested by Caroline Harper and colleagues at the ODI. For example, women’s political participation and leadership might be partly measured by the proportion of voters who endorse the claim that ‘men make better political leaders than women’. Such data provides important insights into how women are perceived and treated by others – exerting a powerful influence on their political participation (as I argue in this paper). Further, this data is already available. Such data could be compared over time, across countries and also within them – thereby not obfuscating sub-national differences. It would also reflect the degree of active citizenship in the general populace, not just that of elite women. People’s gender ideologies are certainly a more informative indication of sexist discrimination experienced than the presence/absence of legal frameworks – which may be only partially enforced.

Once global indicators have been decided upon, countries will set their own targets. While concerns may be raised that ‘picking and choosing’ would allow conservative regimes to disregard important objectives, I think we need to be realistic about what the SDGs might conceivably achieve. A government that sets itself low targets for gender equality probably was not going to strive to a higher one.

Progress will then be monitored at national, global and also regional and global levels – by organisations like the African Union and also the European Union (yup, it’s not just about ‘them’). This will facilitate regional benchmarking and peer review, which may invoke reputational concerns and also reveal inspirational possibilities (as I observed in Zambia).

Only with measurable indicators, tracking real changes in men and women’s lives, can governments be held to account for progress on gender equality.

We are not there yet.

Dr Alice Evans is a Lecturer in Human Geography at the University of Cambridge and a LSE alumna. You can follow her on Twitter @_alice_evans. 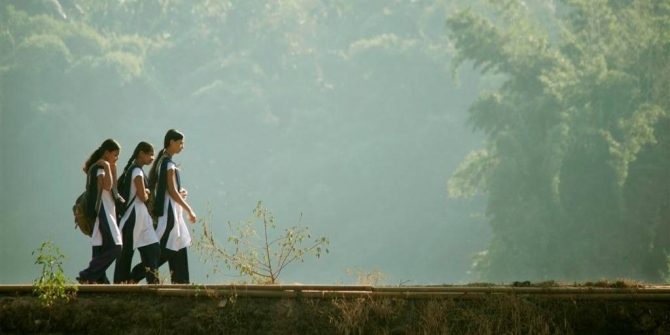 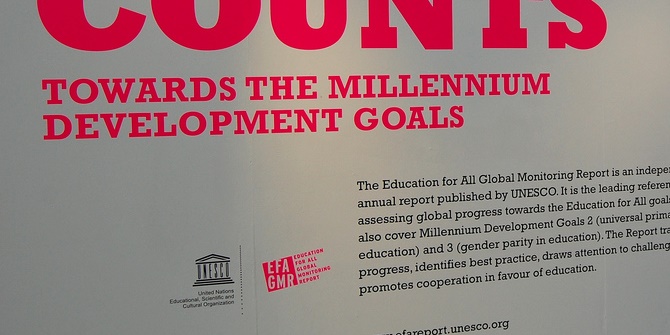 Bad Behavior has blocked 3143 access attempts in the last 7 days.