There are almost two million domestic workers in Bangladesh. The informal nature of their employment, limited legal protections and heterogeneous nature of the workers puts them in a vulnerable position and makes collective bargaining difficult. In light of this, Tasmiah T. Rahman argues efforts to protect worker rights could be more effectively facilitated by a cross-class alliance between the employer and worker, supported by local CSOs/NGOs.

Can’t live without them!

A burning topic that I have encountered in discussions for the last decade has been struggles with domestic workers. The main concern is that they are now difficult to ‘keep’. The common reasons for leaving are for better salary or in search of a family of their own. Now why would they do that? I remember a sneering comment when an older relative said, ‘She left for a richer house when I was the one who taught her everything’. We are so used to thinking of our own wellbeing that workers are too often dehumanised. Despite the popular discussion of their empowerment, many are still abused at their workplaces.

A recent story has ignited the discussions on domestic workers when a famous cricket player and his wife abused a child worker. He has been arrested and denied bail for repeatedly hitting an 11 year old girl. The story has been discussed with utmost rage towards the abuser and sympathy for the victim. But a question remains, even if employers are not abusing their workers, how many are taking proactive steps to properly ensure their rights and social provisions?

There are approximately two million domestic workers in Bangladesh, mostly women and children. As Nadia Selim pointed out in a 2009 study that most of the time these workers are lumped together as one group without understanding their lives and differences. However, studies have revealed that they are a large heterogeneous workforce comprised of locals or migrants; male or female, live-in or live-out workers with one or multiple employers, employed as cleaners, cooks and/ or caregivers. (Motta, 1999; Anderson, 2000; ILO, 2010).

The International Labour Organization (ILO) has defined domestic work in order to understand the diversity within the work and what policy implications might be required to support these workers. Despite ILO’s effort in establishing a convention on domestic workers in 2011, the reality is that implementing such a convention in local settings require dedication and effort of national governments.

In Bangladesh, there has been notable research conducted by ILO, UNICEF and the Bangladesh Institute of Labour Studies (BILS) on child domestic workers and migrant workers. However, there is yet to be a comprehensive study on overall condition of all types of domestic workers in the country.

What is the problem?

The problem with the domestic work is that it takes place in a private sphere and is highly informal. As a result, ensuring labour rights and social provision is difficult. In Bangladesh, domestic work is not even recognised as formal work. Workers engaged in domestic work are exploited; they work long hours with less salary and are often verbally, if not physically, abused. There is no standard of work and jobs are agreed through verbal agreements.

Bangladesh has yet to ratify the ILO convention on domestic workers, nor is there a national law that specifically protects domestic workers in Bangladesh. Even if international laws are ratified, the proper implementation of such laws will remain a challenge. Despite the legal working age being 14, many children are forced to work as household help due to poverty. A majority of these workers are women, who migrate from villages to work in households for food and shelter. As they get older, it has become increasingly common for workers to move out of their employer’s household and work as live-out domestic workers. This paradigm shift has created new relationship patterns within the sector.

Unlike in Latin America (Motta, 1999), collective bargaining through union or workers’ organisation has not gained momentum in Bangladesh. Domestic workers are represented by civil society organisations and are not yet capable of organising independently. However, the emerging trend of live-out domestic workers has created a sub-group capable of bargaining for their own social provisions and who are not willing to accept bad behaviour or abuse.

What has been done to protect these workers and what is missing?

The BILS, comprising of trade unions, rights groups and civil society organisations, provides legal support to domestic workers and has maintained the Domestic Worker’s Rights Network (DWRN) since 2006. They have been advocating for ‘Domestic Workers Protection and Welfare Policy, 2010’ to be sanctioned by the government, but the process has been sluggish. Other organisations like ‘Nari Moitree’ has been active in improving the lives of child domestic workers. There are some private agencies that have started to formalise domestic work by supplying workers through contracts. However, the hiring process of domestic workers is informal in nature; depending on personal networks, references and trust system. It is therefore yet to be seen whether the formal approach will gain traction.

Lack of national segregated data, proper research and analysis, absence of legal framework and lack of international support through relevant networks are just a few challenges amongst many more that the sector has to overcome. Organisations that support these workers need the right strategy to move their agenda forward.

How can we ensure rights of domestic workers?

My own research in this area focuses on live-out domestic workers through a live-story method. It has revealed that this group, working with several employers, have developed the ability to ensure their social provision, particularly when they have worked for the same employer over a long period. Long term workers i.e. those who have been in one job for 10-15 years – develop a close relationship with the families, and according to these workers, their loyalty is rewarded by financial support for their children’s education, medical support and even support for future housing. In return, the workers might sacrifice better opportunities and even work for lower salaries. The long-term workers argue that collective bargaining in a traditional sense does not work in their industry, as the bonuses they enjoy are earned through individual relationships that need to be nurtured over time. The majority of those who do leave jobs cite ill treatment as the most common reason for leaving.

This calls for a potential cross-class alliance between the employer and worker that can be facilitated by local CSOs/NGOs that will work for the benefit of domestic workers. Employers that provide their domestic workers with adequate social provision can be the advocates for change in this alliance, which may result in a better understanding and extension of rights for the workers. While collective bargaining may still be possible, in difficult political and economic settings success depends on wider support from the community and employers (Wills, 2008). In the case of Bangladeshi domestic workers, the nature of their employment and limitations in legal protection puts them in a vulnerable position. The cross-class alliance seems a promising approach to ensure policy provisions.

Tasmiah Rahman is a current MSc student in the Social Policy and Development dept. at The London School of Economics. Prior to this she was employed as a Monitoring Results Measurement Manager at an international NGO in Bangladesh. 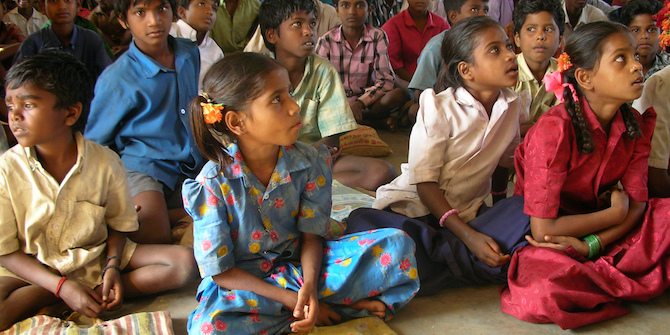 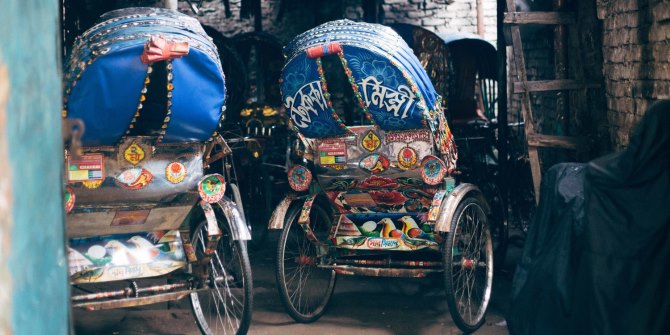