Whether women are inherently less corrupt than men remains open to debate, but studies suggest that women in positions of power can reduce corruption, write Chandan Jha and Sudipta Sarangi.

Several studies in social and behavioural sciences have found that women behave differently than men in many walks of life. For instance, research in psychology reports substantial gender differences in moral and helping behaviour; sociology research finds gender differences in the tendency to commit crimes, and studies in political science find women’s voting behaviour to be more closely associated with social issues than men’s (see for example, Goertzel 1983).

In economics there is a substantial literature suggesting that there are gender differences in preferences towards risk and social outcomes. For example, several studies suggest that women are more risk-averse than men while making investment decisions. Experimental evidence shows that women are more inequality averse, with women offering a higher share of the pie to their partners, when both individuals remain unaware of each other’s identity. In general, incentive-based experiments in economics indicate that women are more cooperative and altruistic than men.

The corruptibility of women

Motivated by findings that women are more altruistic and pro-social, researchers have also investigated the association between gender and corruption. Corruption (bribe-taking), it can be argued is essentially the opposite of altruism – it amounts to asking an individual for money to help them, and strictly reduces the well-being of the person paying the bribe. Extrapolating from the above mentioned studies, one could hypothesise that women are less corrupt and less likely to be involved in bribery.

The first set of studies investigated this hypothesis by determining if corruption was lower in countries where there was a higher share of women in the labour force, parliament and government. The idea is that if women are less corrupt, then we should observe a negative association between women’s presence in these jobs and corruption.

An early cross-country study finds that a higher share of women in the labour force is associated with lower levels of corruption perception in a country. Moreover, such studies also report a negative relationship between the share of women in parliament in a country and corruption. In fact, using a micro-level data set, the study shows that firms with female owners or managers are less likely to offer bribes and also less likely to condone corrupt activities.

If we focus on female politicians in India, the general perception is that they are not any less corrupt than their male counterparts. One only needs to look at reports on politicians such as Mayawati, Jayalalitha or more recently Kanimozhi in the media suggesting that the experience of an individual country may be different.

The argument here is that women are not fundamentally different from men. As Goetz (2007) write, when discussing Peruvian traffic cops where women have not yet stooped to bribe-taking practices unlike men, “…women will not passively conform to the idealized notions of their finer moral nature when they have families to feed and if there is money to be made from public office.”

We believe that if we take into account other factors that can potentially affect women’s presence in these occupations and/or corruption, the two relationships might disappear. These factors include cultural issues, democratic factors, gender inequality and institutions that favour a particular gender.

For instance, some have argued that women do not have access to ‘corruption networks’ or knowledge about how to engage in corrupt practices in the same way that men do, which is responsible for the observed negative association between women’s participation and corruption. This would of course not be the case if there is little or no gender inequality in a country. Some other studies argue that it is the ‘fairer system’ and not the fairer sex that is associated with lower corruption – countries with liberal democracy tend to have less corruption and higher presence of women in the political arena.

Our paper uses an extensive dataset consisting of a number of variables such as Gross Domestic Product (GDP) per capita, political rights, openness to trade and gender inequality index, from a number of different sources such as the World Bank, Freedom House, and Organisation for Economic Co-operation and Development (OECD). Our study covers more than 125 countries, and is based on a much larger dataset than used in previous studies. Our measure of corruption in a country is a variable called the Control of Corruption Index published by the World Bank. Most importantly our study addresses a statistical issue called the endogeneity problem. This problem occurs because while women in the labour force or in the parliament can have an impact on corruption, it is entirely feasible that corruption determines the number of women in the parliament or workforce; hence, correcting for this problem is absolutely critical for accurately analysing the impact of women in labour force/ parliament on corruption.

Our research shows that women cannot affect corruption when they are a part of the labour force – in clerical positions or in decision-making positions (senior officials in the corporate sector). These results suggest that women are not lagging behind in corrupt practices compared to men – at least, in bribe-taking!

Women can make a difference

This begs the question, why? Why is there a negative relationship between the share of women in national parliaments and corruption across countries, especially when women do not seem to be less corrupt themselves? Is this relationship spurious?

Our answer to this question is – no. Women as parliamentarians are able to reduce corruption not because they are less corrupt but because there are policy implications of women’s presence in parliament.

In the same paper, using a data set covering more than 150 countries over the period 1998-2011, we find that a higher share of women in national parliaments is associated with a higher fraction of government spending being allotted to education and health.

Similar findings regarding government spending have been reported at the local government (Gram Panchayat) level in India. Using data from 265 village councils in West Bengal and Rajasthan, Chattopadhyay and Duflo find that women leaders invest more in public services that are more closely related to women’s concerns. The policy implications of gender representation in parliaments and governments have also been reported for other countries like United States, Honduras and others.

We hypothesise that the policies enacted by women are different from those enacted by men, and could be the potential channel through which women as parliamentarians affect corruption. We speculate that these policies may affect corruption via at least two possible mechanisms. First, there may be a lower scope of misappropriation of funds in the programmes implemented under these policies.  Second, if women politicians spend more money on education and health, this leads to higher human capital which in turn may have a negative impact on corruption.

Thus, women as policymakers are able to reduce corruption via policies and not because they are necessarily less corrupt.

This post originally appeared on the IGC blog forms part of our Anti-Corruption series, run in partnership with The IGC. Catch up on previous posts here.

It gives the views of the author, and not the position of the South Asia @ LSE blog, nor of the London School of Economics. Please read our comments policy before posting.

Chandan Kumar Jha is a doctoral candidate in Economics at Louisiana State University and a contributor for the Ideas for India blog.

Sudipta Sarangi is the Gulf Coast Coca Cola Distinguished Professor of Business Administration in the Department of Economics at Louisiana State University and an Ideas for India contributor. 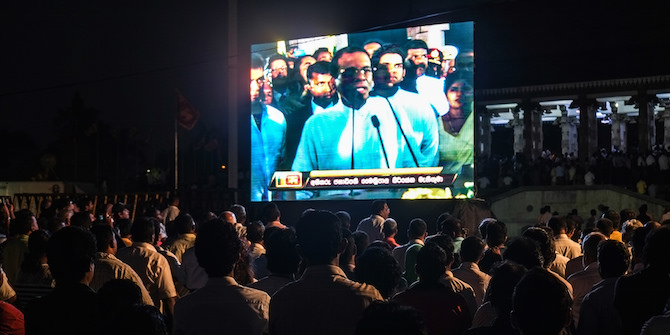 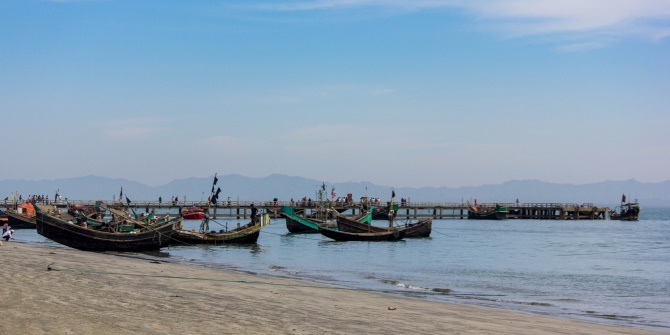 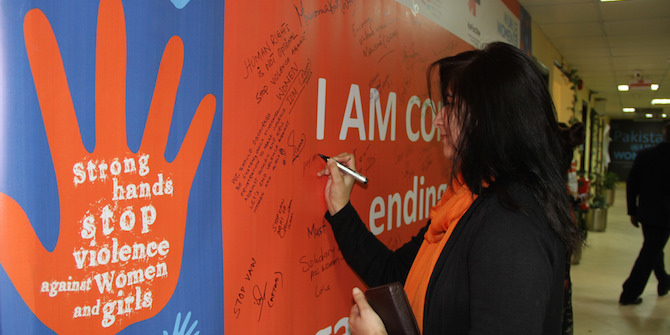 Bad Behavior has blocked 759 access attempts in the last 7 days.