The attack on the Holey Artisan Bakery in Dhaka, which left 3 Bangladeshis and 18 foreign citizens dead, exposed significant weaknesses in Bangladesh’s counterterrorism preparedness.  Arafat Kabir identifies key misconceptions that need to be addressed as well as steps that should be taken to strengthen security and improve responses to incidents in the future.

The horrendous attack at a restaurant in the heart of Dhaka’s diplomatic quarter that saw 21 hostages killed revealed Bangladesh’s unpreparedness in the face of terrorism. The government wants the Bangladeshis and the rest of the world to believe that the situation is under control, but the unfolding events in the wake of this attack cast doubt on this façade. How and when Bangladesh can control extremism depends on its long term counterterrorism strategy. However, in the short term, the government must act swiftly to address some of the immediate challenges exposed by the Dhaka attack.

The biggest challenge for Bangladesh is to accept reality and act accordingly. For years, a notion has pervaded Bangladeshi society and policymaking that only youth coming out of madrassas and poor families are particularly vulnerable to radicalisation. However, the militants involved in the Dhaka attack turned this notion on its head. Most of them were from upper-class families with a good education. Max Abrahms, an expert of terrorism in Boston’s Northeastern University, said “political scientists have tested risk factors vis-à-vis terrorism extensively and have repeatedly found that terrorists are neither disproportionately poor nor uneducated.” Dhaka’s incident only buttresses his point that anyone can become radicalised, regardless of their educational background, social status, or technical know-how.

There is another long-held belief among Bangladeshi policymakers that the only legitimate candidates for nurturing and spreading Islamic extremism are the returnees of Afghan War fighters, estimated at 3,000 by Professor Ali Riaz of Illinois State University in his book, Islamist militancy in Bangladesh: A complex web. As long as their network is checked, everything else is fine. But last week’s attack in Dhaka debunks this myth. Terrorists rampaging Holey Artisan Bakery were not battle-hardened crusaders. On the contrary, they had little to no prior experience. Analysing the subsequent attacks in Istanbul and Dhaka claimed by the ISIS, Professor Abrahms warned that people generally “overestimate the training and skill required to be a terrorist.”

It is therefore difficult to zone in on particular risk factors, and this is bad news for Bangladesh. When the odds of a seemingly benign citizen becoming a fanatic are high, it becomes very difficult for authorities to deal with it. Aside from deploying considerable resources, Bangladesh should also try to explore and address the root causes why young people are turning to extremism. Is it Bangladesh’s dysfunctional politics, weak governance, or something else?

The second challenge for Dhaka is to enhance the capabilities of its security apparatus. It took almost twelve hours to end the siege after the terrorists stormed the restaurant. Although the prime minister described the raid—Operation Thunderbolt—successful, many remain unconvinced. The death of two policemen and injuries to dozens of police in the shootout with the terrorists in the early hours of the siege were largely due to the lack of adequate protective gear. However, from the live telecast, the forces deployed later are seen to have been equipped sufficiently, implying that police initially failed to assess the seriousness of the situation. This is understandable, given it was the first hostage crisis in Bangladesh’s history.

The response from the security forces surprised many. With an aim to keep the damages at a minimal level, attempts were made to see if the terrorists made any demands, but they reportedly had none. Hence questions arise: why weren’t the security forces given the green light to launch offense shortly thereafter? Many believe more lives might have been spared had the commandos mobilised earlier.

The dilatory decision-making in authorising the rescue operation portrays somewhat an unflattering picture of Bangladesh’s bureaucracy, which is notorious for procrastination. Even after the decision was made, commandos reportedly flew out from Sylhet, a city in the north east of Bangladesh, raising questions about the preparedness of counterterrorism units stationed in the capital city of Dhaka. After all, Dhaka has already experienced a spate of attacks claimed by both Al Qaeda offshoots and ISIS sympathisers. Given the circumstances, it is only logical that Bangladesh revamps its tactical capabilities to incorporate lessons from the Dhaka terror attack and reaches out to other countries that are at the forefront in battling terrorism.

The third challenge for Dhaka is to maintain consistency in its action and rhetoric. Despite credible evidence, the Bangladeshi government continues to maintain that there are no international terrorist networks in the country. Lately, the United States reiterated its belief that extremists in Bangladesh have international connection. Sadly, the government has yet to produce any strong proof in its defense. Authorities claimed one attacker was held after the raid at Artisan Bakery. As of now, no public update has been made about him. It concerns many, given the rampant trend of suspects being killed in police custody.

Worse, top officials have continued to make claims that are confusing, and often contradictory. For instance, one minister blames Pakistan’s intelligence agency for the Dhaka attack, while an adviser to the prime minister suggests otherwise. Bangladesh is at a critical juncture. The government therefore must avoid creating any unnecessary sensation that hinders the country’s fight against terrorism.

Terrorism is global, but its causes are not. What draws extremists to attack the United States may not be the same for Bangladesh. Context matters. Bangladesh should not take global terrorism as an unavoidable consequence of ever-changing geopolitical developments. Instead, the government should study its socio-economic and political system and take steps to understand and address the risk factors it can control.

Cover image: Members of the Rapid Action Battalion, a branch of the Bangladesh police who were involved in the Dhaka attack response. Credit: Nahid Sultan CC BY-SA 2.0.

Arafat Kabir is a contributor to Forbes Asia’s South Asian Politics blog. His articles have appeared on media outlets including The Wall Street Journal, The National Interest, and The Diplomat. He graduated from Illinois State University with a Master’s in Political Science last spring and will begin his Ph.D. in political science at the University of Utah this fall. 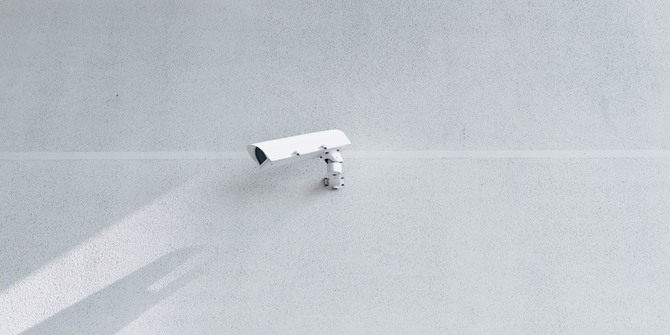