Surrogacy has become the latest practice that the government is proposing to restrict. Maitreesh Ghatak writes that arguments in favour of the ban are unconvincing, and that the proposed restrictions on those who are not even allowed the option of altruistic surrogacy also reveal the government’s biases against citizens who do not conform to certain norms. He argues that in free society the government should be focusing on issues such as national security, infrastructure and law and order, rather than legislating on its citizens’ personal lives.

The government has decided to introduce the Surrogacy (Regulation) Bill, 2016 in Parliament, proposing a complete ban on commercial surrogacy. Only altruistic surrogacy will be allowed in a regulated form to legally-wedded Indian couples married for five years or more, and only “close relatives” of couples seeking children will be allowed as surrogate mothers. The proposal also rules out surrogacy for unmarried couples, single parents, live-in partners and gay couples.

It seems that from beef to booze and from books to babies through surrogacy, lately our government (both at the central and state levels) is engaging more in ban ki baat, as opposed to mann ki baat [speaking one’s mind] with its citizens.

One can well take the view that such a law will be ineffective, or drive the activity underground, or make the problem worse as was seen with the hooch tragedy in Bihar recently. Given the egregious failure of basic law enforcement at all levels from child-trafficking to public safety, from mob violence to financial crimes, whether in preventing them or in bringing criminals to justice, no one can be faulted for having a pessimistic view about what can be accomplished by laws. However, it is instructive to think through arguments in favour of banning something from the point of view of principle as distinct from practice.

The proposed law is aimed at eliminating commercial surrogacy. In most day-to-day commercial transactions that involve “willing” buyers and sellers, the state has little or no role to play. On the flip side are transactions where either the buyer or the seller is “unwilling”. When one of them exerts pressure over the other or adopts dishonest means, it is naturally considered unlawful. However, commercial surrogacy involves consenting adults who are voluntary participants in a transaction.

Then what could be the arguments for banning it?

One argument is exploitation. If poverty and deprivation are among the reasons that some women “rent their wombs”, then the market-logic notwithstanding, the transaction becomes problematic from the point of view of equity.

The problem is that a woman offering her services as a surrogate mother to earn money is a symptom and not the cause of the underlying deprivation. There is no dearth of inequitable transactions around us (for example, child labour). Some market transactions make inequity more apparent and shocking such as a poor woman becoming a surrogate mother or a poor person selling his kidney. Others, such as a poor farmer selling his land, or a poor woman raising other people’s children as a maid and in the process having to neglect her own, also involve inequity and deprivation that we have become desensitized to. So there is no objective criterion to determine what activities to allow and what to ban from this point of view.

Also, it is not as though equity would be restored if all these transactions were eliminated altogether. Indeed, as some of the women who have chosen to become surrogate mothers have argued, they will be worse off as it would restrict their options to earn a living. The only way to deal with the problem of inequity is poverty alleviation, and not shutting down markets arbitrarily.

A second argument is moral repugnance. While certain activities are consistent with dignity of labour, others appear to be degrading and dehumanising. Commercializing motherhood does make us feel uncomfortable. But it is difficult to use moral repugnance to legally forbid a transaction because this is almost always subjective. In our country, women working outside their homes is considered undesirable in certain sections of society, but in other sections, the opposite holds. Also, what once seems shocking later seems commonplace or even desirable. The history of life insurance documents the initial repugnance at what was then viewed as benefiting from the death of a dear one, or taking a bet on one’s life. Now life insurance is considered to be a very responsible thing to do from the point of view of one’s family’s welfare.

Another case for regulating voluntary exchanges could be made when there are questions about the judgement of the participants. Is a woman who wants to be a surrogate mother able to weigh the pros and cons of her decision? Does she possess complete information about the risks involved? Clearly, these are reasonable concerns. But the difficulty is that they apply to many other contexts (e.g., taking a loan, making a risky investment, gambling, smoking, drinking etc.) and while they call for suitable regulations and information campaigns, it is hard to justify banning all such activity.

A final argument that can be invoked to restrict voluntary commercial transactions is its consequence on third parties. For instance, if a transaction between two parties has an adverse effect on a third party (e.g. pollution), then the former clearly cannot have an unrestricted right to pursue it. This is an argument that is invoked to regulate (or ban in the extreme case) activities that can lead to damage to others. Guns are a good example of it. In the case of surrogacy, who is the third party who could be potentially harmed? Now, there have been cases of couples abandoning a child born through surrogacy because the child had Down’s syndrome or because the gender of the child was not what was desired. These are clearly cases that deserve a strong penalty. But that is an argument for putting in regulations that discourage such behaviour as opposed to banning the entire sector. If one is concerned instead about the welfare of the child and how he or she will be raised, that is also a concern that applies to regular (biological) families or in the case of adoption.

The proposed surrogacy bill does not provide any compelling argument for banning commercial surrogacy. Rather, by singling out those who are not even allowed the option of altruistic surrogacy, it reveals its biases. It is about restricting choices of certain citizens because they do not conform to “traditional” social and cultural norms. In a free society, the government should not be legislating some ideal views about family, diet, dress, or morality on others. It should get out of people’s personal lives and focus on the things it is supposed to do – provision of law and order, infrastructure, national security, and public services, and facilitating development to lift its citizens from poverty. Otherwise it runs the risk of being associated with a hand that is always eager to punish but not to feed.

This article originally appeared on 31 August 2016 on NDTV Opinion with the title “Mann Ki Baat” Or “Ban Ki Baat”? Government Must Back Off. It is reposted with the author’s permission. 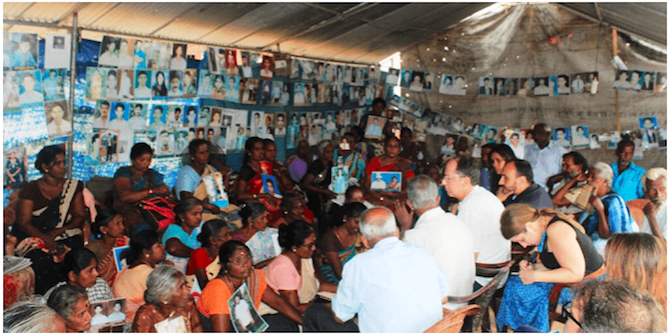 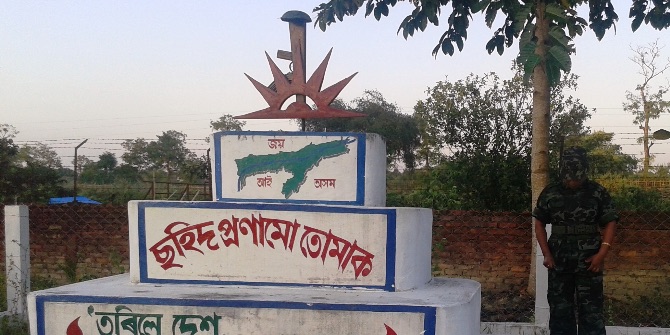 Bad Behavior has blocked 3719 access attempts in the last 7 days.