It has been three years since Narendra Modi became Prime Minister of India. Falguni Tewari takes stock of the successes of the NDA government to date. She writes that the BJP has achieved a lot in the areas of governance, growth and ease of doing business, and that the party currently appears to be in a strong position for the 2019 Lok Sabha elections.

Three years is not a long time in the history of a nation. But for a government elected to power for a five year tenure, it is past the half way mark and an opportunity to reflect on past performance. Just over a week ago the Narendra Modi-led National Democratic Alliance (NDA) completed its third year in power in India. When Modi romped home with a landslide victory for the Bharatiya Janata Party (BJP) in May 2014 to become prime minister, public expectations were high. For the first time in three decades, a party won an absolute majority. The people had voted for the chief minister of one of India’s most rapidly developing states and envisioned that he would replicate Gujarat’s success countrywide.

The challenge that Modi faced was that he had raised the bar of public expectations so high that five years did not seem a very long time to fulfill them all. Yet, it goes to the BJP’s credit that within these three years, India is already witnessing major changes in the areas of governance, economic growth, and ease in doing business.

Under the NDA government, foreign institutional investors (FIIs) have prompted a productive growth phase for India and pulled it out of the fragile-five category (which also included Brazil, Indonesia, Turkey, and South Africa). FIIs have invested Rs. 43,500 crore so far this year and Rs 1.51 lakh crore in Indian equities in the past three years. In its bid to check the circulation of black money in the country, tax reforms led by the Goods and Service Tax (GST) have become one of the key achievements of this government. Expected to roll out by July 2017, the GST will subsume the existing indirect changes with a single comprehensive tax, and eliminate the cascading effect of taxes on production and distribution prices on goods and services. In ridding the taxation system of its multi-layered tax structure (levied both by states and the Union), it will herald a new indirect tax regime that may prove to be a watershed in the economic history of India. GDP growth is estimated to rise to between 7.2 and 7.4 percent in 2017-18, likely to be the highest among large economies of the world.

Another upward revision relates to the targets of the National Solar Mission, which has been increase five-fold and now aims to create a capacity of 1 lakh MW solar power by 2022. It goes to the establishment’s credit that more than 10GW of solar capacity has been added in the last three years, starting from just 2.6 GW in 2014. In addition to this, seeing a positive response from the private sector, the scheme overlooking the solar park capacity was doubled, going up to 40,000 MW by the year 2020.

Modi has not simply been lucky. He created his own opportunities to bear the weight of expectations he inherited after assuming power. Decisions like abolishing the use of red beacons and appeals to lawyers to adopt pro-bono public practice went to show his ability of reviving confidence in the minds of those without positions of authority. These moves take steps towards replacing a culture of entitlements and VIP privileges with one that embraces Every Person as Important (EPI). In addition to this, policies like the Deen Dayal Upadhyaya Gram Jyoti Yojana which is working to ensure electricity supply to all villages by 2018, and the Ujjwala Yojana which has ensured free gas connections to about two crore families (with the intention of extending this to five crore families by 2019) have gone a long way towards cultivating Modi’s mass appeal.

The central government has been able to keep itself free from major corruption scams and went on to earn political dividends from demonetisation as the move put a stamp on Modi’s image of being a brave decision-maker. Although the economic outcomes of demonetisation are difficult to judge at this stage, it is worth noting that interms of financial inclusion, 98.7 per cent of the households today have bank accounts (98.9 per cent urban, 98.6 per cent rural). The Modi government entered its fourth year of governance on the 26th with national dailies reporting that demonetisation was one of the most successful policies rolled out by the government (India Today, Times of India). Adding to the opposition’s misery is how, under Modi, the BJP and NDA ruling outfit has to a certain extent been able to distance itself from the image of an elitist right-wing Hindu party metamorphosing into a national party with a distinct pro-poor makeover.

The BJP’s triumphant march, however, is not guaranteed to continue without road blocks. Before the next Lok Sabha elections in 2019, nine state assemblies are due to hold elections. A lot will depend on the outcome of those results for the BJP to be re-elected to power. With a nominal presence, the party is particularly vulnerable in southern and eastern states. Further, the BJP’s failure to come out of the shadow of the Sangh Parivaar puts a spoke in the Party’s quest for sabka saath sabka vikaas (collective effort, inclusive growth). The Rashtriya Swayamsevak Sangh’s (RSS) pronounced nationalism, support for meritocracy (interalia opposition to reservations), vocal opposition to minorities (particularly the Muslim community) being appeased, and probity in public life make way for the BJP to be seen as a core right-wing, illiberal, and Hinduvadi party. Additionally, the continued cross-border attacks from Pakistan and the Maoist activities in central Indian states remain a major cause of concern. Though the government has done well to bring in infrastructural and economic developments, the regime hasn’t been able to counter the ideological propaganda that the extremist elements thrive on. Despite digitisation of the apex court (Supreme Court), the sluggishness in judicial appointments in the Supreme Court and various High Courts make the target of doubling the number of judges for speedy justice seem a far cry.

Modi became the 15th Prime Minister of India almost exactly after 50 years of Jawaharlal Nehru’s demise. Nehru’s legacy of modernity, development, secularism, and non-aligned foreign policy is still seen with appreciation by most. But the aim here should be to achieve high ideals set by Mahatma Gandhi. The BJP will do well if it works to fulfill the Gandhian dream of Gram Swaraj (village republics) to achieve higher employment, encourage entrepreneurship and self-sufficiency. After all, the promised ‘achche din’ (happy days) dream can be realised when no one is forced to sleep hungry or unclothed in a country of 1.25 billion and counting. Today, Modi and the NDA stand as the frontrunners for the parliamentary elections in 2019, but two years is a long time in politics.

Falguni Tewari is a Research Assistant at the Centre for Strategic Studies at Observer Research Foundation, New Delhi. She recently completed her Masters in International Relations at LSE. 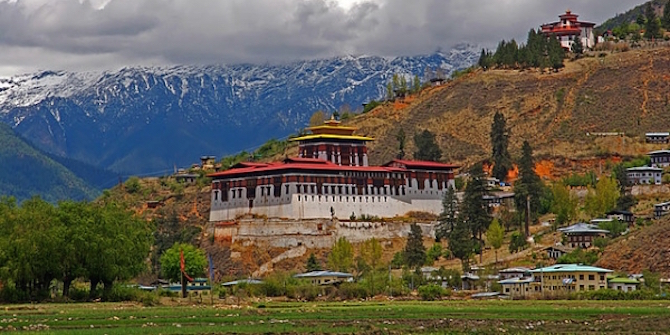 Bhutan’s diplomatic relations at the crossroads of India and China 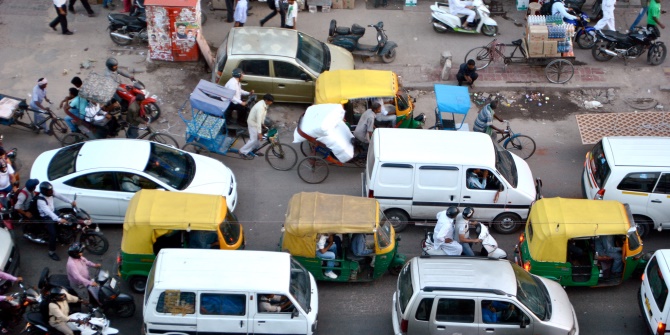 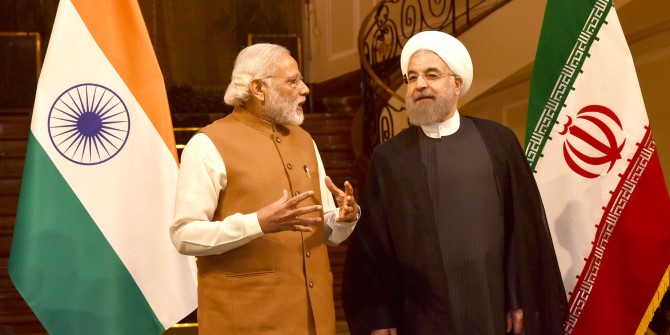 Bad Behavior has blocked 542 access attempts in the last 7 days.